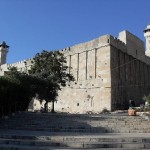 Hebron, Palestine The Tomb of the Patriarchs, also known as the Cave of Machpelah, was the first great place of pilgrimage in ancient Israel, and one of the world’s oldest major religious shrines in general.  According to a very old tradition, it is the place where the patriarchs Abraham, Isaac and Jacob are buried, along with their wives.  The greatest of all patriarchal … END_OF_DOCUMENT_TOKEN_TO_BE_REPLACED 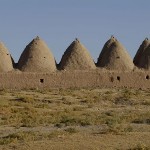 Harran, Turkey The city of Haran in what is now southern Turkey is one of the world’s oldest major international transit centers.  Located near the headwaters of the Euphrates River, virtually all overland traffic between Mesopotamia and the western regions of Canaan, Egypt and the Hittite Empire had to pass through Haran in ancient times.  In the Bible, Haran is best known … END_OF_DOCUMENT_TOKEN_TO_BE_REPLACED 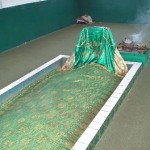 Salalah, Oman Of all of the lands and places mentioned in the Hebrew Bible, none lie so far off the beaten path as distant Oman.  More than a thousand miles away from the Holy Land, across rugged mountains and nearly impassable deserts, Oman lays claim to a site that could be the oldest of the Abrahamic tradition: the homeland of the Prophet Job.  Yet for all of its … END_OF_DOCUMENT_TOKEN_TO_BE_REPLACED