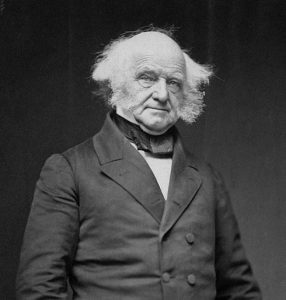 In the run up to the 2016 Presidential Election, Barack Obama proclaimed that “There has never been (anyone) more qualified than Hillary Clinton to serve as President of the United States.”

I have heard this statement, or variations of it, repeated over and over ad nauseum, both in the months leading up to the election and in the nearly year since, by many different people.  It is repeated effortlessly, often without real thought to specific details, and often without regard to the fact that there had been forty three serving presidents prior to 2016, each with a unique resume.

Now, let me start by saying I am not a Hillary Clinton fan (I am also not a Donald Trump fan, but that is another story).  That said, I will give credit where credit is due.  Hillary Clinton has spent a lifetime in politics, a career that has included eight years as a United States Senator and four years as Secretary of State.  She has also been the First Lady of the State of Arkansas and First Lady of the United States, a unique situation among presidential candidates.

To be fair, that’s a pretty impressive combination.  But is it the best resume of all time?

Now obviously there is a large component of objectivity to this question, and that is nearly impossible to quantify.  But actual experience is much easier to quantify.  So was she more experienced than any other person who had ever been president before?  Arguably not.

But she is up there.

Based on her experience as a U.S. Senator and Secretary of State, she served twelve years in major public offices.  In addition, she spent eight years in the White House as First Lady.  While not a true public office, it does need to be accounted for.

For purposes of this survey, major offices include Vice President, Governor, United States Senator and Cabinet Secretary (the positions of Supreme Court Justice and military rank of one-star General/Admiral or higher were also considered but were not relevant factors).

United States Congressman and State-level offices were not considered for this survey (if they were, Hillary Clinton would have fared very poorly in overall experience).  Also excluded was any experience attained after serving as President.  This eliminated, among others, William Howard Taft, who spent nine years as Chief Justice of the Supreme Court after his term as President ended.  Finally, losing presidential candidates were not considered.

Based on the above criteria, there were at least three people who served as President of the United States who were more qualified than Hillary Clinton:

And some honorable mentions: