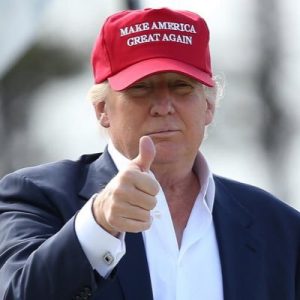 Let me start by saying that I am one of those who truly disliked both candidates with a passion. I was dumbfounded when the Republicans chose Donald Trump, and exasperated when the Democrats chose Hillary Clinton.  For the record, I voted for Gary Johnson, futile as that was.  I knew that I was going to be angry no matter who won.  For me this election was lose-lose.  I guess since I was already angry, the Tuesday night results did not upset me as much as it clearly did millions of others.

Well, for better or for worse, Trump is now president. I would rather have had better choices, but what’s done is done.  So, trying to look at the situation optimistically, I came up with eight reasons why a Trump presidency may not be as bad as many think it will.

After digesting a year of campaigning and election night, it is clear that one of Trump’s most powerful and successful messages was his crusade against trade deals and the promise to bring back millions of jobs. Even many who voted against him would probably love to see Trump tear up the TPP and renegotiate NAFTA (and other trade deals that have hurt the American workforce).  If he actually pulls this off, even in part, and re-starts the American manufacturing industry, he could become the champion of the people that he claims he wants to be.

Immigration and the Wall

First off, the wall is not happening. Less than a week after becoming president-elect, Trump has changed his focus to increased fencing and patrolling of the border.  But businesses, especially big businesses, are going to fight hard to keep the immigration status quo.  They like cheap (and easily exploitable) labor, and don’t want to see it either legalized (the Liberal plan) or sent back home (the Conservative plan).  Ironically, I believe it will be business owners that will prevent the wide-scale deportation of undocumented immigrants. Update: Trump has already backed off the idea of both the wall and mass deportations.

One of Trump’s major pledges was to overturn the Affordable Care Act and replace it with something better. Unless the Republicans want to implement a single-payer health care system or expand medicare (they don’t), there is nothing better.  But the ACA has made many insurance companies, health care providers and pharmaceutical companies very rich, and these donate lots of money to the Republican Party.  The Republicans don’t want to overturn Obamacare, but they have to at least look like they are trying.  The last time they tried they used John Roberts for cover.  There are two changes that would be acceptable to virtually everybody: getting rid of the employer mandate, and making all healthcare expenses tax deductible. Update: Trump is already re-examining his position on the ACA and wants to keep n place.

Evangelical Christians are nearly delirious over the prospect of controlling all three branches of the federal government as well as a solid majority of state governments. The thought is that at last they will be able to overturn Roe v. Wade and curb the gay rights movement.  But I think they are in for a very big shock.  These issues have greatly benefitted the Republicans in the past by helping them bring in the religious vote.  The cynic in me believes that they would prefer to keep these issues active, and will deliberately only pass laws that fail to meet Constitutional muster so that they will be thrown out by the Supreme Court (note that the Republicans did not try to overturn Roe vs. Wade during the 109th congress).  In addition, Trump (and probably many other Republican leaders) are secretly pro-choice.

Trump is not going to abandon NATO, nor do I think will he deliberately weaken America’s historic ties with Europe. That said, his relationship with Vladimir Putin is an enormous question mark.  On the surface at least they seem to have a cordial relationship.  There is a sense by many that Trump may owe a debt to Putin (literally and figuratively), and that this may skew America’s foreign policy in Europe and the Middle East.  However, a thawing of relations with Russia will be welcomed by both sides, and Trump might have a future role in negotiating some sort of settlement between the Russians and Ukrainians.

Muslims and the Middle East

This one is kind of a mixed bag. On the one hand, Trump wants to effectively prevent further immigration of Muslims in to the United States as a deterrent to terrorism.  He has also railed against both Iran and ISIS, and wants to expand the war against the latter (this is both a plus and a minus).  On the other hand, closer relations with Russia could result in closer relations with Iran, but this would be at the expense of relations with moderate Sunnis.  Its too early to tell if a Trump presidency will help stabilize the Middle East or destabilize it further. Update: Trump has already backed off his pledge to overturn the recent treaty with Iran, and instead will only seek to tweak it.

For all of Donald Trump’s bluster, there are still political realities for him to face. First, there are the Democrats, who while significantly down, are not out.  They still control a senatorial filibuster that could curb many of his ambitions.  Or they could wind up working with him on some issues.  Historically, Trump has socially been a moderate with liberal leanings, and he has already decided that he will not be appointing a special prosecutor to look in to Hillary Clinton.  Second, Trump made a lot of enemies among the Republicans on his way up.  He may feel some serious headwinds from his own party after the initial honeymoon period.  And finally, there are some very powerful people and institutions that are happy with things exactly the way they are.  Trump will undoubtedly feel pressure from these if he goes too far off the rails.

Trump is not Hitler

I will start by saying that this is not an apology in any way for the many reprehensible things Trump said on the campaign trail which has made people around the world, including some of his own supporters, cringe. His views on certain minority groups and his attitude towards women is literally medieval.  Moreover, his words have let loose a torrent of hate in this country that it took his predecessors decades to bottle up.  That said, is he really the monster that he displayed to the world, or was that just an act?  Despite the many parallels between the 2016 election and similar elections in Germany in the early 1930s, Trump is not Hitler.  However, it remains to be seen how literally he will take his own rhetoric.

So, that’s my take on President-elect Trump. Unfortunately, for all of my optimism, I do have several serious concerns that cannot be allayed.  I suspect he will keep his promises vis-à-vis climate change, and do his best to tear up the Paris Accords, or at the very least not enforce them.  He will almost certainly continue to push for lower taxes on corporations and the very rich, thereby further exasperating the wealth gap in the United States without any appreciable improvement in employment or pay.  It is likely he will reassert federal authority in states where marijuana has been legalized, against the wishes of voters.  And who knows what Trump really has in mind concerning the Geneva Accords and increasing support for torture of prisoners.

I guess we will know soon enough.