One of Christianity’s strangest holidays is coming up, All Saints Day, and its incredibly popular co-celebration, All Saints Eve (which later became All Hallows Eve and then of course Halloween). While the religious aspects of All Saints Eve are now all but ignored, it is now the night that unofficially kicks off the holiday season, at least in the United States.  So why not celebrate with a ghost tour?  The following are regularly counted among the most haunted cities in America, with excellent ghost tours to match. 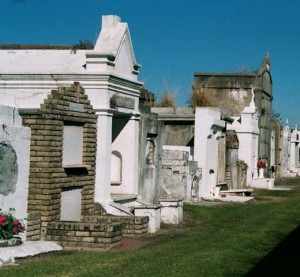 New Orleans appears on every single list that The Complete Pilgrim could find on America’s most haunted city, and was most frequently ranked number one. Anybody who has ever been to the Big Easy will quickly understand why.   The beautiful French-colonial architecture takes on an ambience at night that is beyond creepy, and the city’s mausoleum-laden graveyards can send shivers down the spine even during the day.  Several operators offer more than a dozen ghost tours in New Orleans, from the back streets of the French Quarter to the cemeteries to the sites of Anne Rice’s vampire novels.  French Quarter Phantoms is both among the most popular and best.  Livery Tours, Strange True Tours and Bloody Mary’s Tour also offer fun and scary experiences. 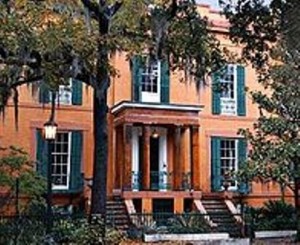 While New Orleans is America’s champion haunted city, Savannah is usually ranked a very close second. Like New Orleans, Savannah’s magnificent pre-Revolution buildings framed by streets shrouded in trees laden with Spanish moss are both spectacular and eerie.  The city’s Sorrel Weed House is regularly counted among the best haunting experiences anywhere in the United States.  While the Old Savannah Tours is probably the most popular, the Afterlife Tours and the Blue Orb Tours are considered by some to be the best. 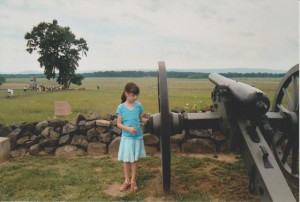 Following behind New Orleans and Savannah in third place is the much less obvious city of Gettysburg. Site of the largest battle ever fought on American soil, Gettysburg’s haunting are generally closely related to the American Civil War.  Although not as many visitors stick around to tour Gettysburg at night, aficionados generally regard the city as one of the most rewarding anywhere for after dark tours.  Popular tour operators include the similarly named Gettysburg Ghost Tours and Ghosts of Gettysburg Tour. 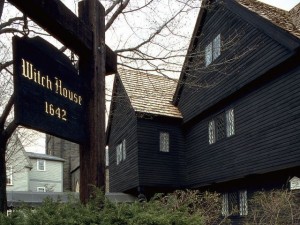 For many that visit Salem and stay late, a tour of the local haunted sites is an absolute must. Home to the infamous Salem Witch Trials, a terrifying event that rocked the early Massachusetts colony, twenty innocent citizens were murdered here in the 1790s.  Not surprisingly, those seeking ghosts, witches and a good scare flock here year round.  Haunted tours run here both during the day and at night.  Among the most popular and best is the Hocus Pocus Tour. 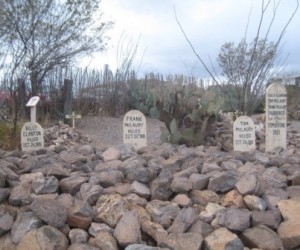 Tombstone is one of the most storied towns of the American ‘Old West’, legendary for its colorful residents and of course its gun fights. The shootout at the O.K. Corral is no doubt among the best known chapters in the history of the American frontier.  This outpost, which nearly became a ghost town in the early 20th century, brings out many visitors in search of it bloody and violent past.  Because of this it is one of the most popular haunted destinations west of the Mississippi.  Many visitors enjoy the Gunfighter and Ghost Tour.