Of the list of preeminent Jewish holidays, Rosh Hashanah, Yom Kippur and Passover rank as the most important.  However, it is Hanukkah that is arguably the most festive event of the Jewish calendar.  Celebrating the victory of the Maccabean revolt over the Seleucids and the liberation of Jerusalem and the Temple in 165 BC, Hanukkah is the most visible of Jewish holidays, at least as it is celebrated in the United States.

Lighting Ceremony of the National Menorah 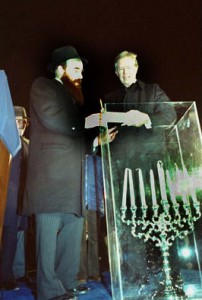 In 1979, a menorah was displayed and lit at the White House for the first time.  This inaugural event, attended by Jimmy Carter, has since become an annual tradition.  Now in its fourth decade, the Lighting Ceremony of the National Menorah has become a major event attended by presidents, politicians, dignataries and thousands of others.  Erected on the Ellipse across from the White House, the National Menorah is possibly the largest regularly used menorah in the world.

The National Menorah and ceremony are prepared by the National Menorah Council.  The event is usually large in scope, involving bands, musical performances and other entertainment.  The lighting ceremony takes place each year on the first night of Hanukkah.  For those who can’t make it to the main event, the menorah does remain lit for all eight nights before being taken down and readied for the next year. 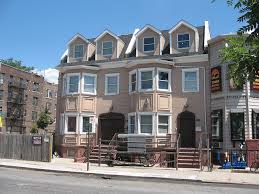 The menorah is one of the oldest symbols of Judaism.  Menorahs have been around since the time of the Exodus and were probably in use long before the Star of David.  Essentially a seven-branched candelabrum, a menorah was first described in the Torah as one of the sacred items of the Tabernacle.  In the wake of the Maccabean Revolt in 165 BC which saw the recapture of Jerusalem, the Temple was reconsecrated with a small amount of oil which miraculously lasted for eight nights.  In honor of this a nine-branched version of the menorah came into general use to celebrate the Hanukkah holiday.

By the time the Great Temple was destroyed by the Romans in the first century AD and the Great Menorah was carried off in triumph, the use of menorahs in the home, both for Sabbath and Hanukkah, had become entrenched tradition.  A few years ago the oldest nine-branch menorah ever discovered was unearthed in Jerusalem.  The office of antiquities confirmed that it dated from the Second Temple era.  It was later acquired by the Living Torah Museum and is a prized piece of their excellent collection of ancient Jewish artifacts. 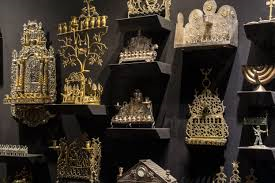 The Hanukkah Lamp Collection is one of the premier exhibits of the Jewish Museum.  The Jewish Museum of New York is one of the largest museums of Judaica art and artifacts in the world.  The Hanukkah Lamp Collection is an exhibit of artifacts that spans five centuries.  It includes a staggering selection of over five hundred menorahs, many of which are on permanent display.

The exhibit is a walk through hundreds of years of Jewish and Hanukkah history.  There are menorah’s from all over the world representing countless schools of artistry.  The oldest piece in the collection is a 16th century lamp from Italy.  The most famous menorah in the collection is the Lindo Lamp, a work in solid silver dating from 1709. Temple De Hirsch is one of the oldest and most famous synagogues in the Pacific Northwest.  It is home to one of the world’s best known Jewish choirs, a legacy of Samuel Goldfarb who was the synagogue’s music director for nearly four decades.  Born in 1891, Goldfarb was a prominent member of the New York music scene in the early 20th century.  His early work revolved around compositions for Broadway.  He later branched out into writing songs with Jewish themes, including festive pieces to be sung by children.

At some point in the 1920s he teamed up with lyricist Samuel Grossman and penned the now famous Hanukkah tune, I Have a Little Dreidel, also known as The Dreidel Song.  It was published around the time Samuel Goldfarb became music director at Temple De Hirsch Sinai, and first became well known in the Seattle area.  Goldfarb dedicated his life to turning his synagogue into a Mecca for Jewish music, training singers and founding choirs.  But it will always be most closely associated with The Dreidel Song, which is diligently performed here every Hanukkay season. 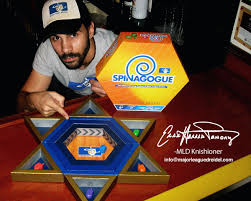 Yes, you read that correctly.  There is an actual organization called Major League Dreidel, and they host an annual Dreidel competition.  It is the Dreidelpolluza of Hanukkah-related non-sporting events.  Though it is only a few years old, it seems destined to become one of those inexplicably popular things that grows into a massive annual event.  The game of dreidel is a tradition that can be traced to the old ghettos of Eastern Europe.  At first a toy for children, the Hebrew letters Nun, Gimel, Hei and Shin were later added, creating an acronym which roughly translates to “A Great Miracle Happened There”.  This was a reference to the miracle of the lights.

The dreidel became indelibly tied to the Hanukkah holiday.  However, tradition though it is, the toy/game of dreidel has not aged well.  That is, until Major League Dreidel was founded in 2007.  This organization lives by its motto, “No Gelt, No Glory” (for real).  This celebration is sort of a festival of all things Jewish, from traditional music to freely flowing He-brew beer.  The competition itself is unofficial, and there is as yet no governing authority for the sport.  So anyone can show up and take a spin at becoming a world champion.  The Major League Dreidel competition takes place over several nights with the championship on or close to the eighth night of Hanukkah.  On a related note, also in Brooklyn is the Safran Dreidel Collection, the world’s largest privately owned collection of dreidels.