America has a long and rich tradition of horror literature, and what better time to celebrate this genre than Halloween? From a Colonial-era Headless Horseman in the tiny village of Sleepy Hollow to modern day Vampires in the sprawling metropolis of New Orleans, American authors have unleashed their frightening imaginations on the American public since the early 19th century. Today both stories and authors inspire pilgrimages to creepy literary sites across the country. Here are some of the best: 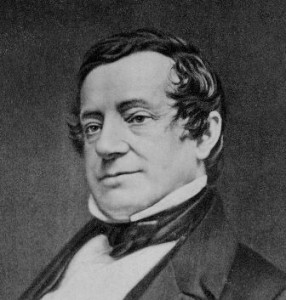 The Legend of Sleepy Hollow is the oldest and most iconic of American horror tales. It is also arguably the definitive Halloween story. Written by early American author Washington Irving and published in 1820, the Legend of Sleepy Hollow tells the tale of the schoolmaster Ichabod Crane and his terrifying encounter with the Headless Horseman, the ghost of a Hessian cavalryman who had been decapitated during the American Revolution. Although Crane survived the ordeal, it cost him his marriage to the lovely Katrina Van Tassel. As local legend has it, the Headless Horseman repeats his ride every year on Halloween.

Irving set his story in his home town of North Tarrytown. In 1997 the citizens renamed the town Sleepy Hollow and now celebrate the story, and the author, with enthusiasm every Halloween. Local events include a ghost tour of the town, a haunted village at local Philipsburg Manor, dramatic readings of the story at the Old Dutch Church, and tours of the Washington Irving home. The highlight of the town celebrations is the Sleepy Hollow Cemetery tour, which includes the Washington Irving gravesite. At the time of this writing, one of the tour guides was a descendant of the Van Tassel family, on whom the story’s heroin was based. 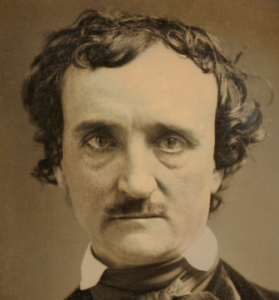 Although he was largely pre-dated by Washington Irving, the large body of work produced by Edgar Allen Poe in the genre makes him the father of American Horror. Among his selected works alone are a dozen well-known scary stories and poems, from The Black Cat to The Mask of the Red Death, from The Pit and the Pendulum to The Telltale Heart. Most famous of course is his epic poem The Raven, which recounts the persistent squawking of a raven constantly reminding a young man about his dead girlfriend, ultimately driving him to suicide.

Edgar Allen Poe moved between Boston, New York, Philadelphia, Richmond and other cities during his lifetime, but it is with Baltimore, where he lived during the early years of his marriage and where many of his stories were published, with which he is most closely identified. Although it is not known if any of his horror stories were specifically inspired by the places he knew in Baltimore, it is here where the author is most celebrated. The city’s two definitive Poe sites are the Poe House on Amity Street, and the old Westminster Hall graveyard, where the author is buried along with his wife Virginia, whose early death likely inspired some of his later works. 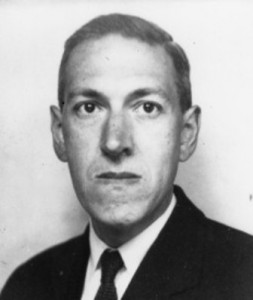 The stories of Cthulhu and the strange race of beings known as the Old Ones come from the mind Howard Phillips Lovecraft, considered by many devotees of the genre as the greatest horror writer. Set primarily in the fictional town of Arkham, which later inspired the name of the famous Arkham Asylum in the Batman stories, stories such as The Call of Cthulhu, At The Mountains Of Madness and The Dunwich Horror introduced readers to shadowy realms of darkness and insanity inhabited by demonic cults and monstrous alien creatures. Although unknown in his time, and even little known today, Lovecraft took the horror genre to new levels and was cited as a major inspiration to such authors as Stephen King.

While the majority of Lovecraft’s stories are set in various cities and towns in Massachusetts, the single biggest influence in his writings were locations in his home town of Providence, Rhode Island. Mandatory stops for Lovecraftian pilgrims include the author’s home, as well as Prospect Terrace and the haunted Halsey House. Brown University was prominently mentioned in his stories, notably the university libraries. The highlight of any Lovecraft tour is the fittingly creepy Swan Point Cemetery, where the author is buried. 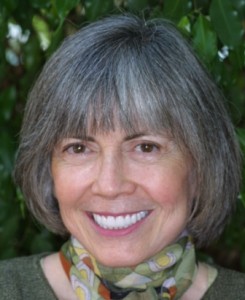 The Vampire Chronicles by Anne Rice removed the genre from its century-old home in Eastern Europe’s Transylvania and brought it to New Orleans. This kicked off a vampire craze in American literature and film which is still ongoing. The first book of the series, Interview With A Vampire, published in 1976, tells the story of vampires living in the Big Easy in the years after the American Revolution. Although the story goes on to Paris, and future books to other locations around the world, it is with New Orleans, Anne Rice’s home town, that the stories are most closely identified.

New Orleans is home to a number of sites associated with the book, most famously Lafayette Cemetery, which is ground zero for Vampire Chronicle enthusiasts. In addition to its appearances in the books, Lafayette Cemetery was used as a location for the film, and was the site of Anne Rice’s staged “funeral” in 1995, which was used as a publicity stunt for the release of one of her books. Another popular site is the Rue Royale, where Lestat and his fellow vampires resided and hunted their victims. The Anne Rice House in the Garden District is currently privately owned and not open to the public; however, its exterior is popular for photos. 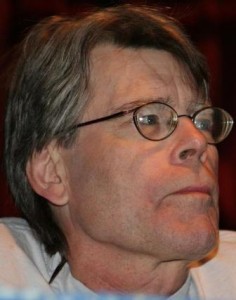 Stephen King is the undisputed champion of modern day horror literature, and almost all of his stories have been set in his home state of Maine. His hometown of Bangor was the inspiration for the fictional town of Derry, which to date has been featured in half-a-dozen of his novels. Most notably, Derry was the setting for It, one of King’s most popular stories, which thanks to the main antagonist Pennywise raised the fear of clowns to new heights for children and adults everywhere. Also set in Derry are the books Bag of Bones and Insomnia, while The Tommyknockers and Dreamcatcher also have brief scenes set in the town.

There are a large number of places in Bangor/Derry that are referenced in Stephen King’s books. Some of the more popular sites for pilgrims include the Mt. Hope Cemetery which inspired the book Pet Sematary; the Paul Bunyon Statue from It; and the Kenduskeag Stream which made appearances in It and The Body, more popularly known as Stand By Me. Of course, no visit to Bangor is complete without a stop outside of the creepy looking King house, complete with bat- and spider- gates.