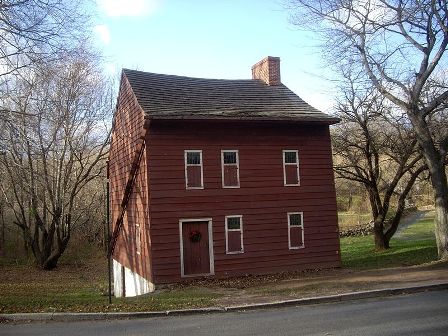 Richmond Town was one of the first settlements on Staten Island, and for many years its county seat.  Founded by Dutch settlers in the 17th century, it served primarily as an agricultural center for the island’s prosperous farms.  In 1776 the British occupied the Staten Island and Richmond Town, and used it as a base for their campaigns in New York and New Jersey.  It was later a staging point for their return to England.  Staten Island’s subsequent history was relatively sedate compared to the other counties of New York, and it is perhaps for this reason that Richmond Town has remained so unchanged since the Colonial era.

Richmond Town is one of the best preserved, pre-Revolutionary sites not founded by the British.  There are two-dozen historic buildings here, including seven from before the war, most of which are clustered along Arthur Kill Road.  Among the more notable structures are the Britton Cottage (1670), the oldest building in Richmond Town, and the Voorlezer’s House (1695), which is the oldest intact schoolhouse in the United States. 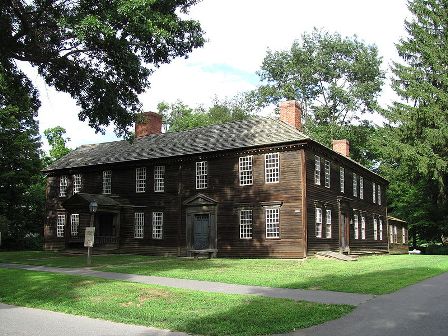 Deerfield was one of the earliest major inland settlements in New England.  Located on the tenuous frontier between English, French and Native territory, for many years it marked the limit of the sovereignty of the Massachusetts Colony.  Deerfield became infamous in 1704, when the town was largely destroyed by a marauding army under the direction of the French.  The town was later rebuilt, just in time to see the colonial frontiers pushed out further north and west.

By the time of the American Revolution, Deerfield was already past its heyday, and by the 19th century had become a town that time forgot.  But this turned out to be a great blessing, as virtually the entire town was left in nearly pristine, colonial-era condition. At the heart of the town are a dozen historic structures, including eight which date from before the American Revolution.  Highlights of the town include the Hall Tavern (1760), which now houses the visitor center, and the Allen, Ashley and Williams houses, all of which were built in the 1730s. 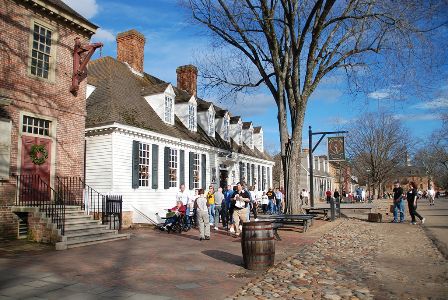 Williamsburg, or Colonial Williamsburg as it is popularly called, was founded as the village of Middle Plantation in 1632.  Located at the heart of the Virginia Peninsula, it supplanted Jamestown as the colonial capital in 1698.  By the early 18th century Williamsburg was one of the largest and most prosperous towns in the colonies.  It was the first town in America to be fully planned, and the second to boast a college.  In 1775 Williamsburg was the site of the Gunpowder Incident, a minor standoff between English governor and the local militia.  Williamsburg lost its status as state capital during the war due to its vulnerability to British naval attacks.

Thanks to its careful planning and location next to the College of William and Mary, Williamsburg has managed to retain its Colonial character better than any other town in the United States.  There are over a hundred buildings on the site, many of which are pre-Revolution.  The most famous and popular are the Governor’s Palace (1722) and the Capitol (1750).  There are also taverns, shops, a church, a plantation, and dozens of homes.  Colonial Williamsburg is generally considered to be the best living history museum in America.