The Christmas Market is a holiday tradition that has long been a part of the Christmas season in Europe, especially in Germany.  Over the last few decades, this tradition has been working its way into American cities and towns, and now there are dozens of such markets from coast to coast.  Every year lists are compiled of America’s best Christmas Markets, and these invariably focus on the massive events in the major cities such as Chicago, Philadelphia, Washington and New York.  But some of the very best, in terms of intimacy and charm, are the smaller markets found in Middle America. 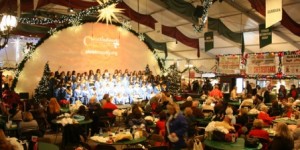 The Christkindlmarkt, or Christ Child Market, of Bethlehem, Pennsylvania is arguably the best of America’s Christmas markets not located in a major city.  According to tradition, the name Bethlehem was adopted on Christmas Eve in 1741, and the municipality celebrates the holiday with gusto.  For over two decades it has hosted a charming and ever-growing Christmas market that receives tens of thousands of visitors every year.  The Christkindlmarkt generally runs Thursdays through Sundays over the five weekends leading up to Christmas. 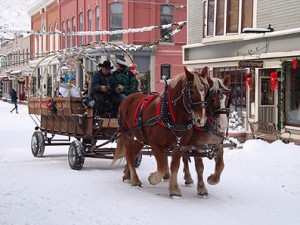 The Georgetown Christmas Market just west of Denver is one of the longest running in the United States.  Dating back to the 1960s, this beloved annual Colorado event sees this small mountain town pulling out all the stops.  Georgetown turns back the clock to the turn of the century, with buildings and people decked out in Victorian splendor welcoming thousands of visitors every year.  The Georgetown Christmas Market generally only runs on Saturdays and Sundays during the first two weekends of December. 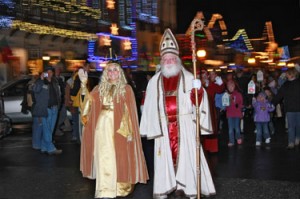 The Christkindlmarkt of Leavenworth, Washington is a true gem of the holiday season.  The city center, modeled after a traditional Bavarian village, is the perfect setting for a German-style Christmas market which is rivaled only by Helen, Georgia.  Staged annually for just under two decades, this hugely popular Christmas market is a regional kickoff to the holiday season, as it generally only runs Friday through Sunday of the Thanksgiving weekend.  As an added bonus, those who attend the Christkindlmarkt of Leavenworth can visit the Nutcracker Museum featuring the world’s largest private collection of antique nutcrackers. 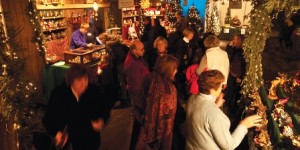 The Old World Christmas Market of Elkhart Lake, Wisconsin is one of America’s more unique Christmas experiences as it is hosted at the Osthoff, a sprawling resort hotel that enthusiastically embraces the holiday season.  This somewhat different experience has all the sights, sounds and smells of a traditional market with all sorts of programs and workshops thrown in, and a resident reindeer to boot.  The Old World Christmas Market generally runs from the first Friday in December straight through until the following Sunday. 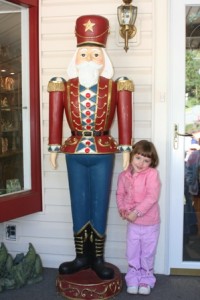 The Christkindlmarkt of Helen, Georgia is, like its counterpart in Leavenworth, a journey to Old Europe.  By law, every building in the town is designed to evoke a traditional Bavarian village, right down to the local banks and fast food restaurants.  The entire town is decked out in full holiday splendor to celebrate the three-week long Festival of the Trees.  This event includes a full-fledged Christmas market which generally runs Thanksgiving weekend and the weekend immediately following.  The second weekend typically includes a charming Christmas parade down the main street.