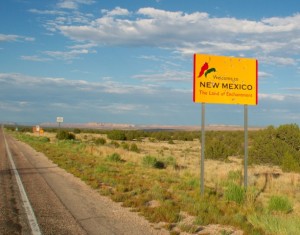 Let me just begin by saying that the reason I am writing this article is because I think I’ve gone loopy from all of the travel articles, and I needed a break. So a few weeks ago, while talking to a co-worker, the subject came up as to what is America’s least newsworthy state. After a brief and pointless argument, I decided to see what Google had to say.

First, I did a search on Google for each state to see how many news results would come up (each search was completed on the evening of 09/10/15, with each state in quotes), and ranked them from 1 to 50. Then I divided these numbers by the state population (census.gov July 2014 estimate) to get news stories per capita and ranked each state from 1 to 50. I then combined the two scores for a final rank. So, without further ado, here are America’s five least newsworthy states:

Okay, I have to admit that this one was sort of a shock. The Garden State, essentially one giant suburb of New York City and Philadelphia, is America’s most densely populated state, with one of its most colorful governors. Unfortunately New Jersey’s population density resulted in one of the lowest per capita scores.

Ah, the Land of Enchantment. You are indeed beautiful, with big skies, great landscapes and phenomenal national parks. But for all of its beauty, this state which dominates the heart of the southwestern deserts is just that: a desert, at least where the news is concerned. One of America’s remotest states, New Mexico just doesn’t seem to be making the national headlines.

Nothing could be finer than to be a major news story in North Carolina. It could sure use some more news exposure. While overall total results were not too bad, the state ranked dead last in news stories per capita. Perhaps that’s because things move more slowly in the Tar Heel state (get it?)

This one is not such a surprise as the other places on this list. America’s smallest state, and one of its least populous, there’s simply a lot fewer people here to generate news stories, and a lot fewer places for things to happen, which is why the Ocean State ranked dead last in overall results.

Like New Jersey, South Carolina is somewhat unexpected, especially considering that the Palmetto State was the site of one of the biggest news stories of the year and was in the national headlines for a month. That said, both its total results and per capita results were in the high forties, earning South Carolina the title of America’s least newsworthy state by this survey.

For those who are interested, here are the five worst news states by category:

States with the least Google News mentions per capita:

So there you have it: a brief look into how we here at the Complete Pilgrim waste our free time. We sure know how to party! Hope you enjoyed reading it as much as we enjoyed writing it.