The Unites States boasts many home-grown Christian denominations; but the first true nationally organized church in America was the Methodist Church, an outgrowth of Anglican Church then dominant in the colonies of the British Empire around the world.  It was founded by John Wesley, an Anglican churchman, who personally preached in the colonial city of Savannah.  Although Methodism technically started in England, it was in Georgia that Wesley began to develop the new ideas that would later result in a break from the Anglican Church.  Early Methodist churches have become among the most important Christian historic sites outside of the Northeast. 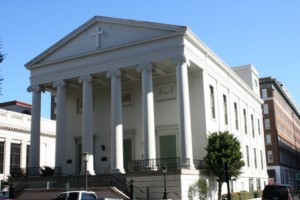 Christ Church of Savannah is one of the most historic Southern churches of the Colonial Era.  Although an Episcopal congregation since its founding, Christ church is closely associated with the Methodist movement in America thanks to its ties to John Wesley and George Whitefield.  Both Wesley and Whitefield served as leaders of the church during the 1730s and 1740s.  These two men, Anglican ministers at the time, were both instrumental in the creation of the Methodist movement.

John Wesley, who is credited with founding Methodism, published America’s first hymnal while he served in Savannah.  George Whitefield, one of America’s greatest home grown theologians, was a major figure of the Great Awakening.  It was Whitefield that built the first church building in Savannah, at the time the largest in the American colonies.  The current building was completed in 1840.  Among its numerous historic congregants was Juliette Gordon Lowe, founder of the Girl Scouts. 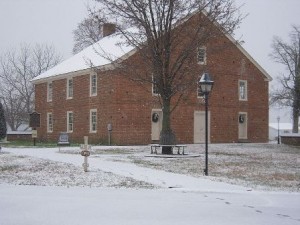 Barratt’s Chapel is the oldest Methodist Church still in use in the United States.  It is sometimes referred to as the Cradle of Methodism, in part due to its age and in part due to post-Revolutionary War events that transpired there.  Throughout the 18th century, the practice of Methodism slowly spread northward among the American colonies, until it reached Delaware just before the outbreak of the war.  During the war the English and American Methodists were out of contact with each other, and Francis Asbury became nominal head of the church west of the Atlantic.

After the war, John Wesley was able to send Thomas Coke to reconnect with the American Methodists.  In 1784, Coke and Asbury met at the chapel, and laid the groundwork for formally establishing the Methodist Church in the United States.  The church was announced and officially founded at a meeting in Baltimore the next Christmas.  Barratt’s Chapel was completed in 1780, and has been in use ever since.  While no longer an active place of worship, it is still popular for special occasions. 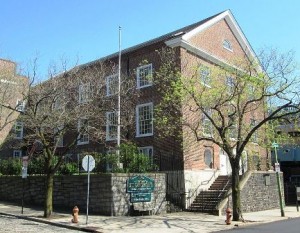 St. George’s boasts several important historical distinctions.  It was among the very first integrated congregations in the United States.  More interestingly, and more importantly, it boasted the first African American ministers in American history: Richard Allen and Absalom Jones, both of whom were ordained in 1784.  St. George’s United Methodist Church is one of the largest Colonial era churches still standing in the United States. 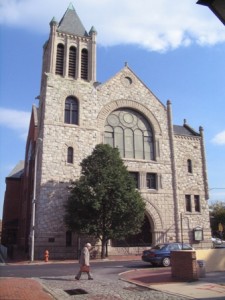 The Mother Bethel African Methodist Church, just a few blocks away from St. George’s United Methodist Church, is one of America’s most historic African churches.  An offshoot of St. George’s, its congregants under the leadership of Richard Allen, split off due to racial discrimination against black members of the church.  The new congregation was formally established in 1794 and was personally dedicated by Francis Asbury.

In 1816, members of the Mother Bethel Methodist Church, along with other African Methodist congregations, organized the African Methodist Episcopal Church.  This was the first nationally organized African church in the United States.  The current church building was completed in 1890, and it is regarded as the mother church of the A.M.E.  Richard Allen is buried on the site. 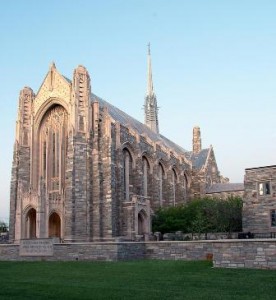 The Metropolitan Memorial United Methodist Church is the de-facto national sanctuary of the Methodist Church.  In the 1850s, the United Methodist Church, then one of the single largest Christian denominations in the United States, decided to build a magnificent new church to represent American Methodists in the nation’s capital.  Construction did not begin until shortly before the Civil War, was intermittent, and then completely stopped during the hostilities.  The church was finally completed in 1869.

Metropolitan Memorial is one of several churches in Washington DC that has a rich presidential history.  Abraham Lincoln contributed to the building fund, and later attendants included Ulysses Grant and William McKinley.  By the 1930s, the congregation needed a new sanctuary due to shifting demographics and changing needs.  Construction began in 1938, but once again was halted by foreign affairs.  The current building was completed after World War II.