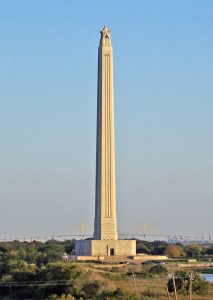 America has fought in many battles and in many wars. And like its European counterparts during the 18th, 19th and early 20th centuries, America commemorated its military history with countless memorials.  The United States is packed with them.  Tens of thousands of monuments, from life-sized statues of heroes in the town square to immense obelisks that overlook aging battlefields, dot the American landscape.  Five of these loom higher than all of the others:

The Bunker Hill Monument commemorates the Battle of Bunker Hill, one of the opening military engagements of the American Revolution.  The Battle of Bunker Hill, fought on June 16, 1775, followed up the humiliating British loss at the Battle of Lexington and Concord two months earlier.  Determined to break the subsequent siege of Boston, the British assaulted the American strongpoint at Breed’s Hill in Charlestown, just across the Charles River from Boston.  While they ultimately took the hill, British casualties were so heavy that their ‘victory’ ultimately contributed to their evacuation of Boston a few months later.

The Soldiers’ and sailors’ Monument was originally conceived as a memorial to specifically honor those who served in the American Civil War.  However, it later became a more general monument to all of those who had served in all of America’s major conflicts from the American Revolution through the Spanish American War.  However, special attention is still  given to those from Indiana who fought for the Union in the 1860s.

Unlike the other tallest monuments on this list, the Soldiers’ and Sailors’ monument is not primarily an obelisk or column, though it does have features that recall both.  Located in the center of Indianapolis’ Monument Circle, the monument is the centerpiece of the many of the city’s public celebrations.  The tower is crowned with an immense statue known as Victory, and there is a museum dedicated to the civil war beneath the monument.  The observation deck of the monument is accessible by stairs.

The Bennington Battle Monument commemorates the Battle of Bennington, an engagement that ultimately contributed to the major American victory at Saratoga.  The Battle of Bennington took place on August 16, 1777 about ten miles west of Bennington, Vermont, which actually put most of the fighting in New York.  The battle, the largest fought predominantly by forces from upper New England, was an overwhelming American victory, with the bulk of the British force killed or captured.

Despite the location of the battle in another state, it became known as the Battle of Bennington in the history books, and Bennington, Vermont was quick to take advantage of the prestige associated with the engagement.  The commemorative monument stands at the heart of the city.  The top of the obelisk is currently accessible by elevator only.

The engagement took place close to South Bass Island.  The monument commemorating the battle was constructed at Put-In-Bay, the harbor where the American fleet sailed forth from on the way to the fight.  Perry’s Victory Memorial is the tallest in America that is not an obelisk.  It is in form an immense column of Doric design.  The observation deck on top is accessible by stairs and elevator.

The San Jacinto Monument is the tallest military monument in the United States, and possibly the tallest in the world.  Higher even than the Washington Monument on the National Mall, The San Jacinto Monument commemorates the Battle of San Jacinto, the decisive engagement of the Texas revolution against Mexico.  The Battle of San Jacinto, fought on April 21, 1836, followed up the siege of the Alamo a month earlier.  Rallied by the loss of the Alamo, the Texas rebels routed the Mexican army, effectively ending the conflict and establishing Texan independence.

The San Jacinto Monument is absolutely massive.  At 567 feet in height, it was one of the tallest man-made structures in the world at the time of its completion.  Not exactly an obelisk, the monument is crowned with an immense ‘lone’ star rather than a pyramid cap.  It towers over the battlefield, and the top can be reached by elevator.