The American Civil War was the largest war ever fought in the United States; and the largest ever in history that did not involve European or Asian military powers.  Of the two dozen military sites in the National Park system, half commemorate battlefields of the Civil War.  Some of these, notably those of Gettysburg and Kennesaw Mountain, are among the most popular destinations in the National Park system.  From Pennsylvania to Georgia, millions of visitors come each year to pay tribute to those who fought for freedom at the sites of some of the wars greatest battles. 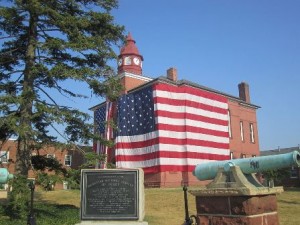 Manassas National Battlefield was the site of two major engagements of the American Civil War.  The first, which took place on July 21, 1861, was known as the First Battle of Bull Run and was the first major engagement of the conflict.  The battle was an unexpected victory for the South thanks to the heroics of Andrew “Stonewall” Jackson, and almost led the immediate capture of Washington.  A Second Battle of Bull Run was fought on the same field August 28-30, 1962.  It also resulted in a Confederate victory, but not a decisive one.

Manassas National Battlefield Park incorporates a large area along Interstate 66 north of the town of Manassas where the majority of both battles took place.  Some of the highlights include Matthew’s Hill, where the first shots were fired at the first battle; Brawner’s Farm, where the second battle began; Henry Hill, where Jackson and his brigade made their famous stand in the first battle; and the Stone Bridge which the Federal armies used during their retreat from both battles.  There are museums with exhibits on the battles at the visitor’s center and at Brawner’s Farm, an old farm building on the site. 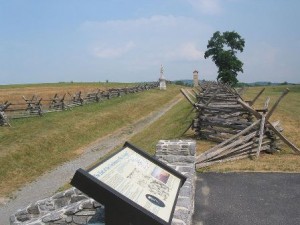 The Battle of Antietam was arguably the greatest yet indecisive battles of the American Civil War.  Fought on September 17, 1862, it was the culmination of Robert E. Lee’s first major attempt to invade the north.  Although the Confederate army was significantly outnumbered, they managed to fight the Federal army to a draw.  The resultant casualties were catastrophic on both sides.  The nearly 23,000 casualties were roughly split between the two armies, the highest single-day toll of casualties in American history.  The battle was considered a Union victory as Lee was forced to withdraw in its aftermath.

Antietam National Battlefield is spread out over a large area just west of Frederick.  It includes the entirety of the area where the battle took place, including a sprawling cemetery where many of the Union dead are buried, and the Pry House, which was the headquarters of General McClellan.  It is now home to a Field Hospital Museum.  There is also a visitor’s center with exhibits on the battle and Abraham Lincoln’s rare battlefield visit. 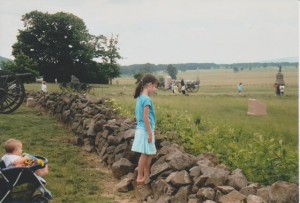 The Battle of Gettysburg was the largest battle ever fought on American soil, and one of the largest to take place anywhere during the 19th century.  Fought July 1-3, 1863, Gettysburg was the farthest that Confederate armies ever advanced into northern territory, and was for all intents and purposes the turning point of the war.  Lee’s strategic objective was to capture several important cities in southeastern Pennsylvania.  However, the Union army arrived on the field first, occupied the high ground, and held off the Confederate onslaught.  Each side took well over 20,000 casualties before Lee’s army was decisively defeated at Pickett’s Charge.  After the battle, president Lincoln traveled to the field and delivered his Gettysburg Address, one of the most famous speeches in American history.

Gettysburg National Military Park is one of the most popular visited battlefields in the United States.  It is especially revered among history buffs and military enthusiasts.  The battlefield, just south of the city, is very well marked, and scores of monuments commemorate the soldiers and units of both sides.  The wide open field where Pickett’s Charge took place has been well preserved, with fences and other landmarks fully restored for the throngs of visitors who come to see the battlefield.  Other popular sites include Big Round Top and Little Round Top; the Devil’s Den; Cemetery Ridge and Seminary Ridge. 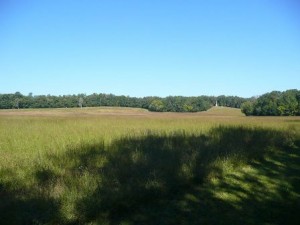 The Battle of Chickamauga was in some ways a mirror to the Battle of Gettysburg which had taken place a few months before.  After driving across Tennessee for most of the summer, Union armies were stopped at Chickamauga in September 19-20, 1863.  It was the largest battle of the war south of Virginia and one of the greatest victories for the Confederacy.  However, the victory was short lived.  The Union Army soon received reinforcements, and by November, after a long series of battles, the Confederates were defeated, Chattanooga secured by the North and the way opened for an attack on Atlanta.

Chickamauga and Chattanooga National Military Park is the oldest battlefield park in the national park system.  Designated in 1890 along with three other battlefields, it was the first to be opened.  It consists primarily of the Chickamauga Battlefield along with a few other points of interest of the Chattanooga campaign, including Moccasin Bend and Missionary Ridge.  Lookout Mountain is home to several other tourist attractions and is the most visited part of the park. 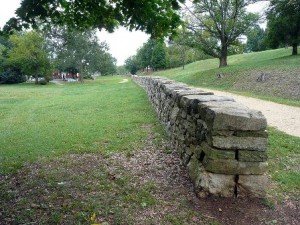 The area around Fredericksburg, VA was one of the most hotly contested theaters during the American Civil War.  Located almost exactly half-way between the opposing capitals of Washington and Richmond, four major battles occurred within a few miles of each other just west of the town.  The first two, the Battle of Fredericksburg in 1862 and the Battle of Chancellorsville in 1863, were important victories for the South that paved the way for two invasions of northern territory.  The second two, the Battle of the Wilderness and the Battle of Spotsylvania Courthouse in 1864, were both part of the North’s inexorable and ultimately successful drive to capture Richmond.

Although all four battlefields are somewhat separated from each other, they are maintained collectively by the park service as the Fredericksburg and Spotsylvania National Military Park.  Fredericksburg is just south of the city; Spotsylvania two miles further to the southwest; Chancellorsville is three miles to the west; and Wilderness is just west of that.  There are several visitor centers for the park, the main one being located in downtown Fredericksburg.  Among the sites of particular interest is the house where Stonewall Jackson died at the Battle of Chancellorsville.

Harpers Ferry National Historical Park (Harpers Ferry, WV; 1859) – Site of several engagements during the Civil War, Harper’s Ferry is most famous for John Brown’s Raid in 1859, which helped to precipitate the secession of the southern states.

Fort Sumter National Monument (Charleston, SC; 1861) – This island-fortress in the middle of Charleston Harbor was the site of the first engagement of the Civil War; a Confederate victory, there was only one recorded casualty of the battle.

Shiloh National Military Park (Shiloh, TN; 1862) – Site of the Battle of Shiloh, was part of an early Union campaign to capture the Corinth rail hub and secure western Tennessee; it was one of the major victories of Ulysees S. Grant’s early war career.

Vicksburg National Military Park (Vicksburg, MS; 1863) – This battle saw the capture of Vicksburg, the last major stronghold of the Confederacy along the Mississippi; its fall effectively ended the Civil War in the west.

Kennesaw Mountain National Battlefield Park (Kennesaw, GA; 1864) – Kennesaw Mountain was the final attempt of the Confederacy to prevent the Union Army from laying siege to Atlanta; thanks to its accessible location it is the most visited national battlefield in the United States.

Petersburg National Battlefield (Petersburg, VA; 1865) – Site of the last major effort to stop the Union army in Virginia, the nine-month siege of Petersburg witnessed some of the most brutal trench fighting of the war, including the Battle of the Crater.

Appomattox Courthouse National Historical Park (Appomattox, VA; 1865) – The city of Appomattox witnessed the last major battle of the Civil War and the final stand of the Army of Northern Virginia; Lee signed the surrender to Grant here, effectively ending the war.