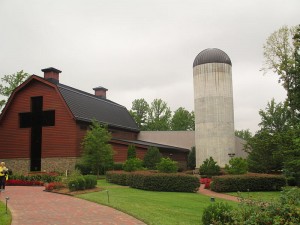 Billy Graham, among the most famous and influential Protestant ministers in recent history, has made a major and lasting impact on modern-day Christianity in America.  Nowhere is this more strongly felt than in Charlotte, North Carolina, Graham’s hometown, and the site of the Billy Graham Evangelistic Association.  The association, which was formed in Minneapolis but later moved to Charlotte, is one of the best known evangelistic organizations anywhere and is world famous for its broadcasts.  The BGEA is also home to the Billy Graham Library, with exhibits on Graham’s life and ministry.

William Franklin Graham Jr. was born in 1918.  Raised on a dairy farm, his early years were famous for anecdotes which presaged his life as a minister.  He pursued religious studies in college, and was personally encouraged by famous evangelist Bob Jones Sr. to a life of evangelism.  He attended at several colleges, including Bob Jones University and Trinity College of Florida.  Interestingly, he graduated from Wheaton College in Illinois, not with a religious degree, but with a degree in anthropology.  He married his wife, Ruth Bell, a daughter of Presbyterian missionaries in China, in 1943. 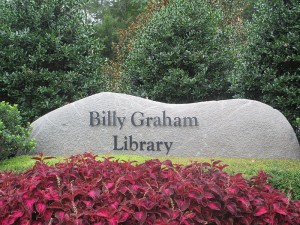 Billy Graham’s ministry began in the humble settings of a Baptist church in Western Springs, Illinois.  A few years later, Graham became a national name when a series of his revival meetings in California were widely promoted by William Hearst.  From the late 1940s on, Billy Graham became increasingly known through his revival meetings and later his radio and television broadcasts.

By the late 1960s, Billy Graham had become renowned not just for his preaching, but for his stances on social matters.  He was famous for reaching out to Martin Luther King Jr., and despite controversial remarks made earlier in his career, his support for Israel.  Billy Graham also became a regular visitor at the White House, and was close to several presidents.  Diagnosed with Parkinson’s Disease in 1992, Graham continued his ministry until failing health led to his retirement in the 2000s. 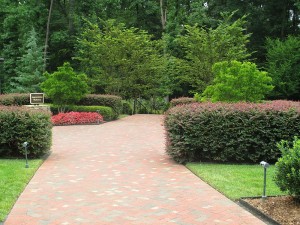 Most of Graham’s work was carried on through the Billy Graham Evangelistic Association, formed in Minneapolis in 1950.  This organization, which later moved to Charlotte, was responsible for his ministry’s active work, notably the Hour of Decision weekly radio broadcast.  In 2007, the BGEA opened the Billy Graham Library, providing a focal point for visitors interested in visiting the BGEA headquarters.

The Billy Graham Library is a large complex of buildings and gardens located on the campus of the BGEA headquarters.  The main building is the library, designed to look like a dairy barn in honor of Graham’s childhood.  Inside are exhibits on his life, including the archives of Graham’s ministry, pictures, artifacts and so on. 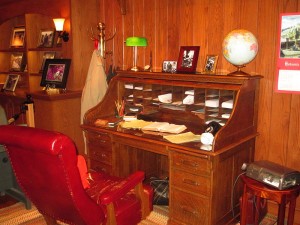 Surrounding the library are the prayer gardens, an extensive area deisgned to encourage thoughtful prayer and quiet contemplation.  There are also several graves on the site, including that of Billy Graham’s wife, Ruth Bell Graham.  Also on the grounds is the Graham Family Homeplace, a reconstruction of one of Graham’s childhood homes, rebuilt using materials garnered from the original building.

The Billy Graham Library is located at the BGEA headquarters approximately four miles southwest of downtown Charlotte.  It is open Mondays through Saturdays from 9:30am-5:00pm.  There is no cost for admission other than voluntary donations.  Web: www.billygrahamlibrary.org (official website).