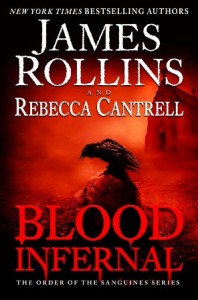 Since 2012, The Order of the Sanguines series has whisked its readers to exotic locales across Europe and the Middle East in a fast-paced treasure hunt involving an intriguing mix of history, Christian tradition, and the undead. From a terrifying beginning at Israel’s Masada to a thrilling conclusion high in the Himalayas of Nepal, warring clans of vampires and sanguines battle each other across time in some of the world’s most sacred places.  Naturally, The Complete pilgrim could not pass up the opportunity to highlight some of the religious treasures that James Rollins and Rebecca Cantrell explore in their latest thriller, Blood Infernal, which comes out this week.  For fans of the series and religious pilgrims alike, I present for your consideration, the Blood Infernal Trail (at least the off-the-beaten-path sites): 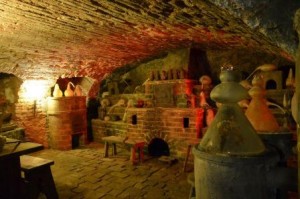 The story of “Blood Infernal” begins in Prague, with a visit to one of the city’s most fascinating sites (and that’s saying a lot): the Alchemy Museum.  Not a religious site per se, this museum is nevertheless closely associated with one of Central Europe’s most famous rabbis: Judah Loew ben Bezalel.  Loew, who according to legend was able create an animate the mythical golem, became an advisor to the Emperor Rudolf II.  Rudolf sought to extend his own lifespan, and entreated Loew to aid him through alchemy to prepare a potion that would stave off death.

The location of the laboratory where Loew and other alchemists worked was at No. 1 Hastalska Street on the edge of the Jewish Quarter.  In the late 19th century, when much of the surrounding ghetto was demolished, somehow this building survived.  Recent excavations discovered secret spaces in which were found medieval treasures, including a bottle filled with Loew’s elixir.  The house has since been converted into a museum of the art of alchemy, possibly the best such museum anywhere.  The museum is open daily from 10am-6pm and requires a tour.  The cost of admission is 200 CZK for adults. 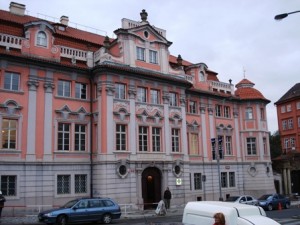 On the south side of the city, on Charles Square in New Town, is another of Prague’s darker sites: The Faust House.  Again, while not truly a religious site, the building’s former resident Dr. Faustus will forever be remembered for his legendary journey through hell, guided by none other than the devil himself.  The story of Faust, which is one of the greatest secular commentaries on Judeo-Christian theology, still resonates centuries later, especially in Prague.

The Faust House is considered by many locals to be one of the most haunted places in the city.  It certainly has its share of stories, the most famous being that it was a through a hole in the ceiling that Dr. Faustus passed through enroute to hell.  Subsequent residents were known to have dabbled in alchemy and dark magic, and at least one is believed to have disappeared without a trace.  Unfortunately, while this magnificent 16th century residence can be enjoyed from the street, it is not currently open to the public. 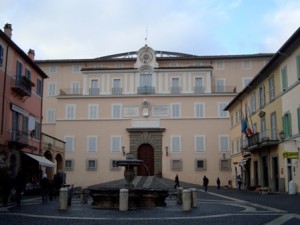 When it comes to Papal residences, most thoughts quickly turn to Vatican City in the heart of Rome: St. Peter’s Basilica, the Sistine Chapel, the Papal Palace.  In fact, a number of scenes in “Blood Infernal” take place in these world famous Vatican standouts.  But lesser known, especially to non-Italian Catholics, is the Papal Palace at Castel Gandolfo.  Located on the shore of Lago Albano, this magnificent residence about ten miles southeast of Rome has been a summer retreat for Popes for nearly four hundred years.

The Apostolic Palace, constructed in the 17th century, is far from the first magnificent estate on this site.  Roman emperors had their own established retreats here as far back as the 1st century.  Technically Vatican territory not under Italian jurisdiction, the palace was famously used during World War II to protect Jewish refugees.  While the palace itself is off limits to visitors, the gardens are open to the public on weekday mornings with a guided tour.  The cost of admission is E26.00.

The Cave of the Sibyl 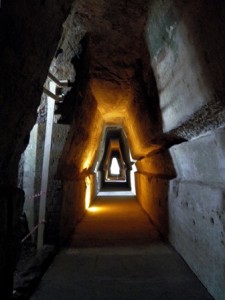 Cave of the Sibyl (wikipedia.com)

Further south along the Italian Peninsula can be found the descendant of one of Greece’s ancient colonies: the city of Cuma.  Formerly known as Cumae, this historic place was once home to the Sibyl of Cumae.  A prophetess of Apollo, the Sibyl of Cumae was arguably the ancient world’s most famous oracle after the one at Delphi in Greece.  Consulted by the powerful of her time, the Sibyl was one of the most important pre-Christian religious figures of the Roman Empire.

Old Cumae is now the Cuma archaeological site about ten miles west of Naples.  In and around Cuma are a number of caves believed to be associated with the ancient oracle.  The main cave, known as the Antro Della Sibilla, was discovered in the 1930s and is the leading contender for the true site (another cave in nearby Baiae, with steaming tunnels resembling the entrance to hell, is another claimant).  The Cumae Archaeological Site is open year round.

Ruins of the Temple of Amun 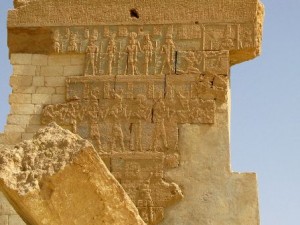 Across the Mediterranean Sea in Egypt is the site of another of the ancient world’s famous oracles: that of Amun at the Siwa Oasis.  Here at the Temple of Amun, the tradition of the local oracle goes back to pre-Roman times.  Historical accounts indicate that no less a figure than Alexander the Great visited the place after his conquest of Egypt in the 4th century BC.  Other notable visitors included the Carthaginian general Hannibal and the Roman chronicler Strabo.

Like its more famous counterpart at Delphi, the Temple of Amun is little more than a ruin today, with but one intact wall still standing.  Nevertheless it is the must-see archaeological site of Siwa, and it has some of the oldest preserved Egyptian art in the oasis.  Located on the Egyptian-Libyan frontier more than 300 miles west of Cairo, this place is definitely off the beaten path.  However, it is a rare open site and thus an incredible find for the intrepid explorer. 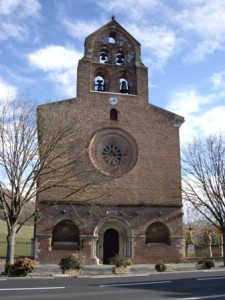 While Montsaunes Chapel does not directly appear in Blood Infernal, it was the basis and inspiration for the fictional Templar chapel that appears in the novel.  Unlike Roslyn Chapel in Scotland (of DaVinci Code fame), Montsaunes Chapel is a true Templar church, and one of the most important such sites in Southern France.  More importantly, it is also one of the best preserved Templar churches in Europe, with both its structure and its strange artwork miraculously intact more than seven hundred years after the dissolution of the order.

Many scholars and devotees have come to Montsaunes Chapel in order to see if they can unravel the mysteries of the Templars.  But like most other things related to the Templars, the chapel’s secrets remain intact.  Nevertheless, the chapel is one of Southern France’s little known treasures.  It is located in the small town of Montsaunes about forty miles southwest of Toulouse.  As of this writing no visitor information was available. 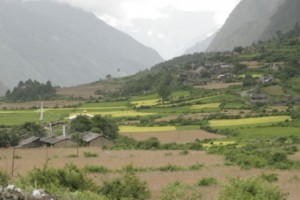 The Tsum Valley, hidden away among some of the tallest and most forbidding mountains on Earth, is the location of the great climax of the Sanguinist series.  Also known as the Hidden Valley of Happiness, this stunningly beautiful valley on the border between Nepal and Tibet is home to some of the oldest and most pristine Buddhist communities on the planet.  According to some theologians and idealists, the Tsum Valley has been equated with both the Himalayan paradise Shangri-La and the Biblical Garden of Eden.

Located high in the Himalayas approximately sixty miles north of Kathmandu, the valley is in one of the most inaccessible places on Earth.  Buddhist shrines and stupas (important relic sites) can be found here, as well as stone tablets with prayers carved into them.  Several hundred Buddhist monks and nuns reside here along with other villagers.  It is only in the last few years that the valley has been accessible to visitors, that is, for the handful that can actually get here.