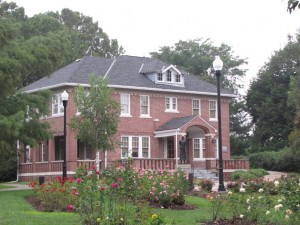 Boys Town is America’s most famous orphanage and one of its best known home-grown Catholic institutions.  Founded in 1917, it was the brainchild of Edward Flanagan, an Irish-born priest.  It began as a simple orphanage in Omaha and over the next few decades grew into a mini-town populated by troubled youths from all over America.  Immortalized by Hollywood in the 1930s, Boys Town is unique in that it possesses an honorary academy award.  Boys Town is, technically, a fully functional community with a history center, memorial chapel and other important and worthwhile sites.

Edward Flanagan was born in Ireland in 1886 and immigrated to the United States in 1904.  Pursuing a life of the Church, Flanagan studied at prestigious Catholic institutions in New York, Italy and Austria.  He became a priest in 1912, subsequently serving at a series of churches in Nebraska, including several in Omaha.  In 1917, Father Flanagan founded an orphanage in Omaha.  This orphanage, located in downtown, was soon too small to adequately address the needs of the city’s youth. 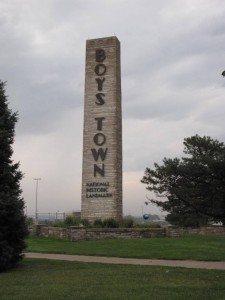 In 1921 Flanagan moved to a new location, founding Boys Town, a new type of organization designed to address troubled boys.  Literally a hybrid between a traditional orphanage and an actual town, Boys Town was designed to be a self-sustaining community actually run by the boys.  It featured many institutions of a traditional town, including an elected mayor, which encouraged the learning of responsibility, community, and a trade.

Boys Town became famous for taking in not only local orphans, but also troubled youths from around the country.  Father Flanagan’s experiment was a terrific success, earning him the admiration of both the Church and the city of Omaha.  In 1938 the story of Boys Town went national when Hollywood made a movie about the facility starring Spencer Tracy.  Scenes from the movie were actually filmed on location in Nebraska, and Flanagan received an honorary Oscar for his work. 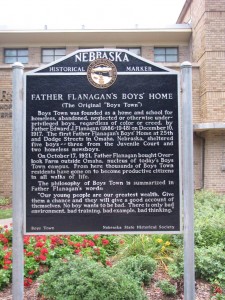 Flanagan continued his work throughout the Great Depression and World War II.  After the war he set out to work in the Far East and Europe with children whose lives had been devastated by the violence.  He died in 1948 while on tour in Germany.  Father Flanagan left behind the wonderful legacy of Boys Town which is still active today.

Boys Town is both the facility and the town in which is located.  Many of the local residents are boys living at Boys Town, while others are regular families or church leaders who work there.  The facility has many things a real town has, including residences, a church, a school and even a post office.  A premium is put on outdoor spaces, with a beautiful rose garden and a contemplative Bible garden. 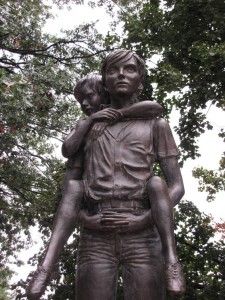 From a visitor standpoint there are several sites of interest, including the Hall of History, with exhibits on the history of Boys Town.  Father Flanagan’s honorary Oscar is on display here.  There is also the Father Flanagan House, preserved as it was during his life, two beautiful chapels, and the Leon Myers Stamp Center, home to a fascinating philatelic collection assembled over the years by the residents.

Boys Town is located ten miles west of Omaha.  The town is open year-round.  As of this writing hours were not available for the history museum.  The suggested cost of admission is $3.00.  Web: www.boystown.org (official website). 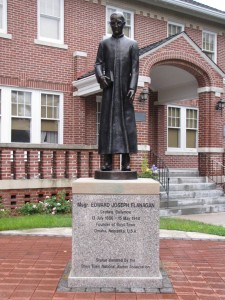 Omaha is home to the Cathedral of St. Cecilia, one of the largest Roman Catholic cathedrals in the United States.  Father Flanagan served as a priest for a time at St. Patrick’s Church in Omaha.