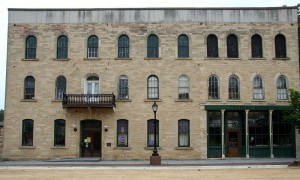 The Gideons International is one of the best known yet unknown homegrown American Christian organizations.  Virtually everyone who has ever stayed in a hotel room and found a Bible therein knows it was most likely placed there by the mysterious group known as the Gideons, but most people known nothing beyond this.  The origins of this busy but little known organization and the tradition of distributing free Bibles began in the most unlikely of places, the Central House Hotel in Boscobel, Wisconsin.

The Gideons International had its humble origins in 1898 in the small town of Boscobel, Wisconsin.  At the time, there was a lumbermen’s convention in town and few hotel rooms were available.  Because of this, two traveling salesmen passing through were forced to share a room at the Central House Hotel. 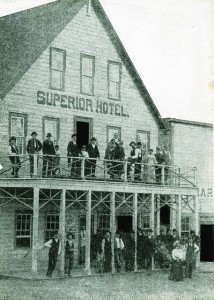 The two men, John Nicholson and Samuel Hill, got to talking and found that they shared a strong Christian background.  At one point the conversation turned to a discussion on the benefits of an organization that would assist Christian travelers.  The two men then decided that they would start such an organization.  They met again the next year at the YMCA in Janesville, Wisconsin, where, along with a third partner, William Knights, formally established the Gideons International.

The organization’s namesake, the Biblical Gideon, was chosen for his willingness to serve God regardless of personal plans.  The logo, which features a jug and torch, recalled Gideon’s military victory over the Midianites.  In its first decade, the Gideons tried a variety of activities in pursuit of their objectives, mostly on a localized, small scale.  It wasn’t until 1908 that the defining event of the Gideons took place.

In that year, Gideon missionaries passing through Superior, Montana, placed Bibles in the rooms of the Superior Hotel.  Thus began the organization’s great work: the distribution of free Bibles.  Over the course of the last century, the Gideons have distributed nearly two billion Bibles in nearly two hundred countries and in over ninety languages.  To this day, Room 19 of the Central House Hotel in Boscobel has achieved minor fame for its role in the founding of this prolific organization.

The Central House Hotel as it currently stands dates from the 1880s.  It was rebuilt after a fire in 1881.  A simple brick structure, this three-story hotel and attached restaurant is fairly large considering the time it was built and its rural location.  From the outside it looks more or less the same today as when the Gideon’s first meeting was held.

The hotel’s most famous draw from a pilgrimage standpoint is Room 19, the room that Nicholson and Hill shared in 1898.  Because of its historical importance, this room has been preserved the way it would have looked at the turn of the century, iron frame bed and all.  The only major addition?  A Gideon Bible placed at a later date.

The Central House Hotel is located in the center of the town of Boscobel, approximately fifty miles west of Madison.  Well into the 20th century it is still in active use as a hotel, though that may change soon.  As of this writing the building was closed for renovations, though the restaurant is open.  No other visitor information was available.  Web: www.boscobelhotel.com (official website).

Although Boscobel is the birthplace of the Gideons International, the organization was actually formed at the Janesville YMCA in Janesville, Wisconsin.  The first Bible was placed in the Superior Hotel in Superior, Montana.