Christians have embraced religious and spiritual music since ancient times, and there are few traditions as strong as that of hymn writing. This was especially true in the 19th and early 20th century, when prolific writers turned out literally thousands of hymns, especially in the English speaking world. America was no exception. While not all hymns are great or achieve significant popularity, a few important ones do stand out and have become mainstays of Protestant worship. Here are five of the best American hymns and the places that are associated with their creation. 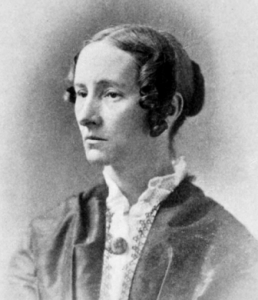 Jesus Loves Me (This I Know) is the definitive children’s hymn in the United States. It made its first appearance as part of a poem which appeared in the book Say and Seal by Susan Warner in collaboration with her sister Anna Warner who is generally credited as the primary author of the hymn. A few years later, William Bradbury, a musician, composed the music for the hymn and added its famous chorus.

The Warner sisters both went on to have successful writing careers, spending most of the later years of their lives in Highland Falls, New York near West Point. They were both active as Bible study leaders at the military academy, and their hymn was a favorite of the cadet corps. The Warner home is now part of the academy grounds, and both sisters are buried in the West Point Cemetery.

The Battle Hymn of the Republic 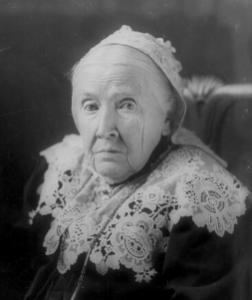 The Battle Hymn of the Republic is not only the most famous hymn to originate in the United States, it is one of the most martial Christian songs ever written. It doubled as a patriotic anthem during the American Civil War, and is still regularly sung/performed on national holidays and state occasions. The Battle Hymn was written by Julia Ward Howe in 1861 using the music of the popular tune to John Brown’s Body.

Howe, a popular writer, activist, abolitionist and later suffragist, wrote the song to inspire Union soldiers in their fight to abolish slavery. It first appeared on the front page of The Atlantic Monthly, and quickly became the de-facto anthem of the American army. The old building which once housed the offices of The Atlantic Monthly can still be found on North Washington Street in Boston, while the Julia Ward Howe gravesite can be found in the Auburn Cemetery in Cambridge. 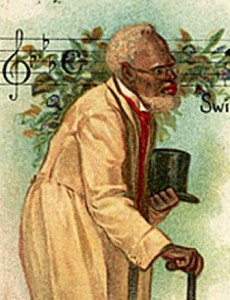 Swing Low, Sweet Chariot is among the most famous of all of the hymns collectively known as ‘Negro Spirituals’, and one of the very few that we know anything about its origins. The majority of spirituals created by slaves in the American South have no known author, composer or place of origin. However, Swing Low’s writer is known: Wallace Willis.

Willis was born a slave sometime around 1820. Little is known of his life, though he is credited with writing several Negro Spirituals in the years leading up to the Civil War. He lived the later years of his life as a freedman living in the Choctaw Indian Territory. It is believed that the Red River near Hugo, Oklahoma inspired the hymn. It is now the Oklahoma State Gospel Song. 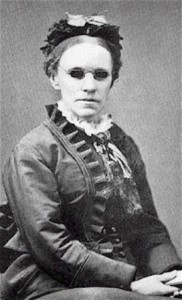 Blessed Assurance is one of the most popular hymns written in America during the latter half of the 19th century. It was created by a collaboration of two prominent female hymnists of the time: Phoebe Knapp, a talented composer, and her close friend Fanny Crosby, a blind writer. The two worked on it when Crosby was visiting Knapp in New York City.

The resultant hymn was first published in a local Christian magazine in 1873, and it has been a staple of Christian hymnals in the United States ever since. Both Crosby and Knapp were members of the John Street Methodist Episcopal Church, one of the oldest churches in New York City which is still in use.

Great is Thy Faithfulness 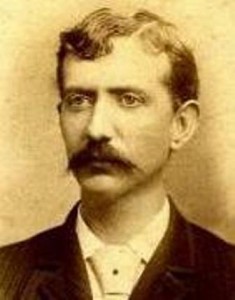 Great is Thy Faithfulness is arguably the most popular Christian hymn ever written in the United States. The lyrics were by Thomas Chisholm, a Methodist minister who became a popular Christian writer in the early 20th century. The music was composed by William Runyan, another Methodist minister who spent much of his career serving various congregations in Kansas, as well as working as an editor for the Hope Publishing Company.

The two collaborated on the hymn Great is Thy Faithfulness while working in Baldwin City in the 1920s. The city has several sites which are associated with Chisholm and Runyon. There is Baker University, which received an endowment from the royalties on the hymn; the Baldwin First United Methodist Church; and the gravesite of William Runyon.