Christmas light drive-thru displays are a relatively new phenomenon, but one which is growing annually in terms of both numbers and popularity of such attractions.  The concept takes the old neighborhood drive-by Christmas light viewing to a much more complex level.  In some cases this has become a massive undertaking involving miles of carefully designed, coordinated displays.  Most of the best known Christmas light drive-thrus can be found in the South, often sprawling over public parks or private resorts. 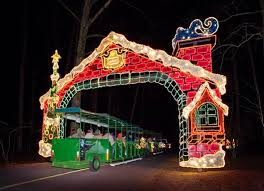 The Fantasy in Lights display at the Callaway Gardens resort in west-central Georgia is usually counted as one of the top Christmas light drive-thrus in the United States and is often ranked first.  It debuted in 1992 with a handful of displays and has since grown to fifteen major scenes featuring eight million lights over a five mile course.  Scenes cover everything from the March of the Toys to Santa’s Workshop.  The latest addition, the Enchanted Rainbow Forest, is one of the best.  There is also a Christmas village with a nativity light display, Christmas market, and of course a Santa Claus meet-and-greet.  Fantasy in Lights generally runs from Thanksgiving week through the least weekend in December. 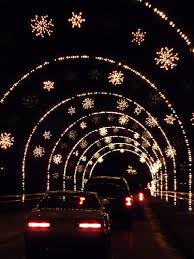 The Magical Nights of Lights at Lake Lanier, also located in Georgia, runs a very close second to its rival at Callaway Gardens, and thanks to its proximity to Atlanta may actually see more annual visitors.  Magical Nights opened in 1994, celebrating its 20th anniversary last year.  The main drive-thru runs an impressive seven miles and counts over a dozen major displays with millions of lights.  Among the unique displays here are the Dancing Holiday House and Christmas Carnival.  The holiday village here includes a live Nativity play and a small midway with rides.  Magical Nights of Lights generally runs from mid-November through the last weekend in December. 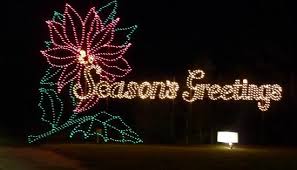 The Holiday Festival of Lights at James Island County Park in Charleston was arguably the first major Christmas light drive-thru in the South.  Debuting in 1990, it predated its rivals in Georgia by a few years.  It is regularly ranked as one of the best Christmas events in the South, and thanks to its accessibility to downtown Charleston one of the most popular.  Running over a three mile course, the Holiday Festival features hundreds of small displays and two million lights.  The festival has local traditions which include huge sand sculptures and giant greeting cards.  The Holiday Festival of Lights is one of the longer such events, running from early November through New Years Eve. 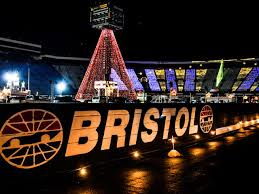 The Speedway in Lights at Bristol Motor Speedway in northeastern Tennessee is a dream come true for lovers of Christmas and Nascar.  Started in the mid 1990s, Speedway puts a twist on the traditional light drive-thru.  Instead of running through a forest or park, it runs the course of the Bristol Motor Speedway, one of America’s premier race tracks.  The four mile course includes a dozen traditional Christmas displays, with a couple of oddities thrown in, such as the Subway Symphony and Dinosaur Village.  Speedway in Lights generally runs from mid-November through the first weekend in January. 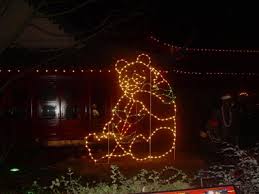 Southern Lights in Southaven is among the best of the smaller Christmas-light drive thru attractions.  Located in northern Mississippi just outside of Memphis, this holiday tradition was founded in 2000 and has been at its current location since 2003.  The 1.2-mile course boasts more than a million lights in displays that include the locally popular Christmas Tree Farm as well as the latest favorite The Night Before Christmas.  Southern Lights runs through the holiday season from Thanksgiving Day thru New Years Eve.