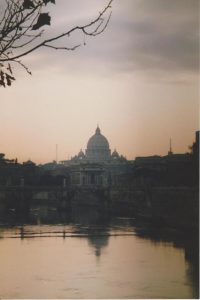 Magnificent sacred places can be found in all countries on the planet. But let’s face it, when it comes to the best of the best, the “I”s generally have it: Israel, Italy, India, Iran and Iraq collectively pack in virtually all of the top sites of Judaism, Christianity, Islam and Hinduism, not to mention some of the most important sites in Buddhism (the most visited religious sites in the world that are left off of this list are located in Saudi Arabia).  Even Ireland and the Ivory Coast boast some incredibly popular sites (Iceland and Indonesia not so much).  Here is a brief summary of what the “I” countries have to offer:

Israel, the land where more than half of the events of the Bible take place, is home to the most sacred places on Earth for Jews and Christians, and the third most sacred place on Earth for Muslims. This makes Israel a prime pilgrimage destination for over half of the people in the world. Jerusalem alone boasts the Western Wall, the last surviving remnant of the Second Temple; the Church of the Holy Sepulcher, built on the location where Jesus is believed to have been crucified; and the Al Aqsa Mosque, built on the location where it is believed Muhammad made the Night Journey to Heaven.  Other important pilgrimage cities in Israel include Hebron, where Abraham and the Patriarchs are buried; Bethlehem, where Jesus was born; and Tel Megiddo, where the final battle between good and evil is supposed to take place.

India is the home of Hinduism as well as the birthplace of Buddhism. Beginning in the late medieval period, it also became a major cultural center for the Islamic faith as well.  No other country in the world boasts as many spectacularly jaw-dropping temples, shrines and mosques as India does (not to mention a handful of historic Christian churches to boot). Varanasi is home to the most sacred of India’s Hindu temples and ghats, while the Mahabodhi Temple in Bodh Gaya is believed to be the place where the Buddha achieved enlightment.  Shah Jahan, the great Muslim ruler of the Mughal dynasty, erected some of the world’s largest and most magnificent mosques in Delhi and Agra.  And for some reason, Thomas, one of the apostles of Jesus, died and was buried in the city of Chennai.

Iran, formerly known as Persia, is one of the world’s oldest centers of the Islamic faith. It is also the main homeland of the Shi’ite Muslims, one of the two major denominations of Islam.  Although Persia was rife with wars and conquest in its long history, its holy sites are among the best preserved in the Middle East.  Some of the greatest Shi’ite mosques are to be found here, including the Masjid Imam Ridha in Mashhad, where one of the twelve imams is buried.  Fatimah Al-Masumeh, a descendent of Muhammad, is buried in Qom, now a major center of Islamic learning.  The Masjid Jamey in Esfahan is considered to be among the most beautiful mosques in the world, while the capital of Teheran is home to several mosques attributed to the patronage of the prolific builder Fath Ali Shah.  Two great figures of the Bible, Daniel and Esther, are buried in Shush and Hamadan respectively.

Iraq, which incorporates the Tigris-Euphrates River Valley and most of the area known as the Fertile Crescent, is one of the world’s oldest population centers. Many events of the Bible took place here, and it was the first place to receive Islam outside of the Arabian Peninsula.  The city of Ur was once home to the Patriarch Abraham, while the ruins of Ninevah and the tomb of Jonah can be found outside of Mosul.  Ezra is buried in Al-Azair and Ezekiel is buried in Kefil.  Several of the Twelve Shi’ite Imams are buried in Najaf, Karbala and Samarra, while two companions of Muhammad are buried in Basra.  Hopefully after years of war and strife at least a few of these places have been spared from terrorism and destruction.

Ireland is, like almost every country in Europe, packed with churches and Christian sites. Two of the best are the Tomb of St. Patrick at Down Cathedral in the city of Down, and the Basilica of Our Lady at Knock, one of the world’s foremost Marian shrines.  And the Ivory Coast?  Thanks to the efforts of President Felix Houphouet-Boigny, the city of Yamoussoukro is home to one of the world’s largest (by some measures THE largest) church, the Basilica of Our Lady of Peace.