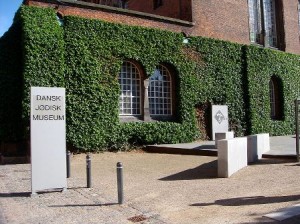 Not every story of the Holocaust had a heartbreaking and catastrophic ending.  Such was the case of the Jews of Denmark, almost all of whom survived Hitler’s genocide thanks to the heroic and miraculous efforts of the Danish people.  The tale of the escape of Denmark’s Jews to Sweden may be one of history’s greatest moments of courage and humanity.  Virtually every person in Denmark, from the Jews’ neighbors to the Danish resistance to the clergy to the king of Denmark himself, played a part.  The event has been memorialized at the Danish Jewish Museum.

Throughout most of the Middle Ages, the wanderings of the Jews in Europe largely bypassed the northern lands of Scandinavia.  Although Jews were not unknown in Northern Europe, sizeable Jewish communities were essentially non-existent.  It is possible that one of the reasons anti-Semitism did not take root in Scandinavia is that there were simply never enough Jews there to persecute.  Following the Reformation in the 16th century, small numbers of Jews began arriving into Denmark.

Theoretically the Jews of Denmark were subject to the same difficulties as they were everywhere else in Europe.  In practice persecutions were few and far between, and there are no records of any Jew ever being killed in Denmark in a deliberate act of anti-Semitism.  For most of its history, the Jewish community of Denmark was never large.  The high rate of intermarriage between Jews and non-Jews kept their numbers low.  Even as the number of Jewish refugees entering Denmark increased at the beginning of the 20th century, the Jewish community at its height probably never exceeded ten thousand.

In April 1940 Denmark was annexed by the armies of Nazi Germany.  For some unknown reason, Germany was exceptionally tolerant of Danish liberties and generally stayed out of Danish affairs as long as the Danes did nothing to rock the boat, which they did not.  Because of this the Jews of Denmark remained unmolested for more than three years.  However, in August 1943, Germany took direct control of the Danish government, partly because of the Danes reluctance to address the Jewish question.  The Germans moved quickly to begin the deportation of Denmark’s Jews.

The Danes moved even faster.  Thanks to the efforts of Georg Duckwitz, a German diplomat who was sympathetic to the Jews, the people of Denmark were alerted to the imminent action.  In one of the most amazing, unplanned and effective actions of its kind in history, virtually the entire Jewish population of Denmark was taken into hiding with barely a day’s notice.  The Jews were hidden and protected by their neighbors.  Over the next few weeks, most were smuggled out of the country to neutral Sweden.  In the end the Nazis captured only four hundred and fifty Danish Jews out of approximately eight thousand.  Of those captured, four hundred survived thanks to further Danish diplomatic and humanitarian efforts.  The survival of the Danish Jews is remembered as one of the true miracles of an otherwise terrible chapter of European history.

The Danish Jewish Museum is located inside a four-century old building that once housed the Royal Boat House of King Christian IV.  It was incorporated into the Danish Royal Library in the early 1900s, and was later made available for use as a Jewish Museum which opened in 2004.  Architecturally the museum is eclectic, blending modern Scandinavian styles with the original stone construction.  The lightness of the place, unusual for a Holocaust-related museum, reflects the promise of the survival of Denmark’s Jews.

The Danish Jewish Museum is located in the Slotsholmen district in the heart of Copenhagen not too far from the Christiansborg Palace.  It is open Tuesdays through Sundays from 10:00am-5:00pm (shorter hours in the winter months, closed on major Jewish holidays).  Admission is DKK40.00.  Web: www.jewmus.dk (official website)

The heroic actions of the Danes were only part of the reason for the Jews miraculous survival.  It is also important to remember the role the Swedes played in defying Hitler by taking the Jews in.  The Jewish experience in Sweden is recounted in the Jewish Museum of Stockholm.  For those wishing to experience the crossing for themselves, the Helsingor-Helsingborg Ferry makes several daily trips across the Kattegat.