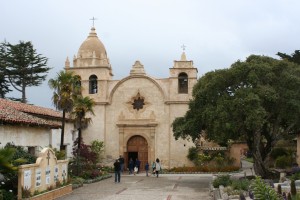 During the late 18th and early 19th century, the colonial empire of Spain constructed a chain of missions along the California coast that stretched from San Diego in the south to San Francisco in the north.  These 21 missions were designed to help coordinate and encourage settlement in California as well as to spread Christianity among the local populace.  Most of these missions are still standing and have collectively become some of the most important historical sites in California.  While each offers its own contribution to the state’s history, religion and culture, there are several standouts, notably the highly popular Mission Santa Barbara and Mission San Carlos Borromeo de Carmelo.

The Spanish Empire in the Americas sprawled across two continents, from Argentina in the south to what is now the United States in the north.  California, which marked the northwesternmost frontier of the territory, was among the last to be settled.  In order to lay the groundwork for settlement, the Spanish constructed a string of missions along the Pacific coast from San Diego to San Francisco.  Almost all of these missions would later form the core of California’s major population centers. 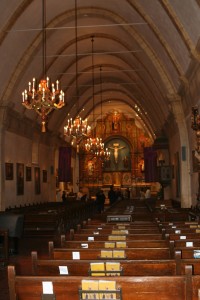 The first and southernmost mission was erected in San Diego in 1769; the last and northernmost mission was erected in Sonoma in 1823.  In the half century in between a total of twenty one major missions were built dotting the entire coast.  In the 1820s, the Mexican War of Independence, which saw Mexico and California break away from Spain, effectively ended the golden age of the California missions.

In 1770, the Mission San Carlos Borromeo de Carmelo, the second to be founded, was established in Monterey under the direction of Father Junipero Serra.  Serra was responsible for establishing several of the earliest missions, and Mission Carmel was known to be his favorite.  Mission Carmel went through a long period of neglect after California became a state, but was fully restored in the late 19th century, first for use by the Franciscans, and later as a parish church.  Mission Carmel was designated as a minor basilica in 1960, and was visited by Pope John II on his tour in 1987. 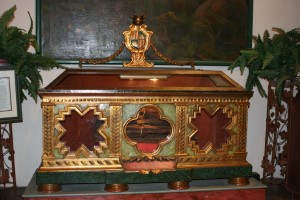 In 1786, the Mission Santa Barbara, the tenth to be founded, was established in Southern California by Father Fermin Lasuen, Junipero Serra’s successor.  It also had a rough history, having been severely damaged by earthquakes several times.  It was rebuilt each time, and in the mid-19th century came under the jurisdiction of the Franciscans.  Under the Franciscans the Mission Santa Barbara served as California’s first institution of higher education.  It currently serves as both a center for the Franciscan order and a local parish church.

The Mission San Carlos Borromeo de Carmelo, better known as Mission Carmel, is arguably the most important and probably the most popular in California.  Fully restored in the 1930s, it is considered the best preserved of the California missions.  In addition to being an active church and school, Mission Carmel is home to a museum with exhibits on the local history and art.  The cell where Father Serra lived is part of the museum.  Father Serra and a few other notable early California figures are buried in the church graveyard. 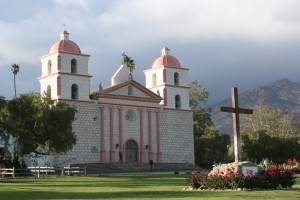 The Mission Carmel is located a few miles outside the city of Monterey, approximately ninety miles south of San Francisco.  It is open year round from 9:30am-5:00pm (opens at 10:30am on Sundays).  The cost of admission is $6.50. The Mission Santa Barbara is a large complex located in the heart of Santa Barbara, approximately ninety miles west of Los Angeles.  It is open year round from 9:00am-4:15pm (later hours in Summer).  The cost of admission is $8.00. Web: www.carmelmission.org (official website of Mission Carmel); www.santabarbaramission.org (official website of Mission Santa Barbara). 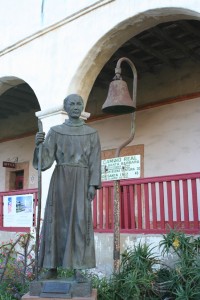