The Presbyterian Church is one of the oldest Christian denominations in the United States. Whether you go back to the early 1700s when the first congregations were formed in the colonies, or even earlier to the 1690s when Presbyterian congregations transplanted directly from the British Isles, Presbyterians have been the dominant branch of the Reform church in America for well over three centuries.  Not surprisingly, there are many very old and historic Presbyterian churches worth seeing, especially in the northeast. 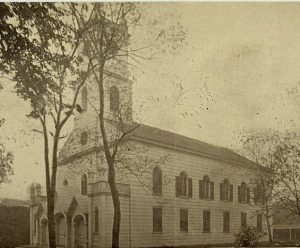 The First Presbyterian Church in Jamaica in the Queens borough of New York City is the oldest continuously active Presbyterian congregation in the United States.  The congregation has been around since the 17th century, and has been continuously active throughout all of this time.  The current church dates from 1813, and is a treasured cultural and religious landmark of the Jamaica community. 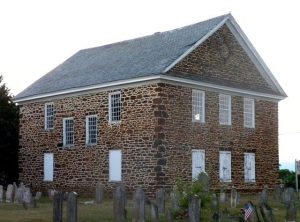 The first Presbyterians arriving from the British Isles settled in scattered communities in New England and New York in the very late-17th century.  However, the first large Presbyterian groups to be established in the American colonies took root in southern and central New Jersey and southeastern Pennsylvania.  The congregation was formally established in 1706 with the founding of the Presbytery of Philadelphia.  The Old Stone Church is one of the finest surviving churches that was completed while the American Revolution was still in progress. 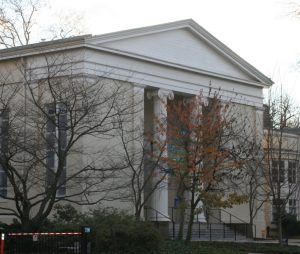 The Nassau Presbyterian Church is home to an 18th century congregation that is famous for its association with several prominent early American Christian leaders.  Specifically, it is associated with the Princeton Theological Seminary and the Princeton Cemetery, where a large number of prominent colonial-era theologians and leaders are buried, including President Grover Cleveland and Vice President Aaron Burr.  The current church was completed in 1836.

Nassau Presbyterian Church was established in 1766, with John Witherspoon as pastor.  Witherspoon was not only one of America’s most prominent theologians of the time, he was also the president of the college as well as a future signer of the Declaration of Independence.  Princeton University had several prominent theologians among its founders, including Jonathan Edwards, who served briefly as president of Princeton University before his death, and Aaron Burr Sr., father of Aaron Burr of Hamilton-Burr duel fame. 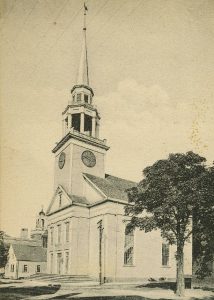 The Old South Presbyterian Church, also known as the First Presbyterian Church of Newburyport, is a quiet small-town church that would seem unremarkable except for one spectacular fact: George Whitefield, one of the preeminent religious figures of the Great Awakening and one of the founders of the Methodist Church in the United States, is buried beneath the pulpit.  Thus this venerable Presbyterian institution, built in 1756, is also one of America’s great Methodist pilgrimage destinations.

George Whitefield, later a key figure in the founding of the Methodist Church, preached in Newburyport in the 1740s, inspiring the formation of a new Christian congregation.  The church was constructed ten years later.  According to both records and local legend, it was built in just three days.  George Whitefield periodically visited the church during his travels and ministry, and was there in 1770 when he passed away.  By request Whitefield was buried beneath the church.     Also of interest here is the church bell which was made by famous Boston smith Paul Revere. 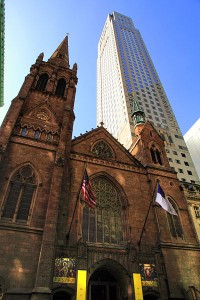 Fifth Avenue Presbyterian Church is the pre-eminent Presbyterian church of New York City and one of the largest and most prominent Reformed churches in the United States.   One of the grand houses of worship that line Fifth Avenue in Midtown Manhattan, it is exceptionally noteworthy for historic, social and architectural reasons.  The current church building dates to 1875.