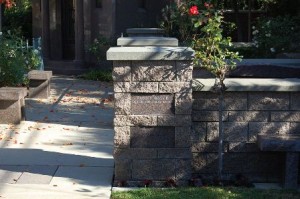 Gravesite of Fanny Brice at Home of Peace (wikipedia.com)

Hollywood, the iconic city of American culture in the 20th century, was heir to the New York Jewish entertainment industry and home to the greatest period of Jewish artistic expression in history.  The Hollywood studio system, practically invented by Jewish immigrants from Europe and transplants from New York City’s vaudeville scene at the turn of the century, dominated the moviemaking industry until well after World War II.  Of the eight major studios of Hollywood’s golden age, six were founded in whole or in part by Jewish financiers, businessmen, artists and actors.  The Jewish cemeteries of Los Angeles and Hollywood are filled with the luminaries who built Hollywood from the ground up.  Nowhere is this more true than the Home of Peace Memorial Park, where the founders of the MGM, Universal and Warner Brothers studios are all interred.

The Jewish history of Hollywood began in May 1912 with the founding of the Famous Players Film Company, the precursor of Paramount Pictures, by Hungarian-Jewish immigrant Adolph Zukor.  A few years later, Zukor, in conjunction with the Lasky Corporation, conceived the studio system, building a chain of theaters nationwide and producing movies to fill them.  Among his early partners were Samuel Goldwyn and Cecil B. DeMille, the latter of whom was Jewish on his mother’s side.  Zukor was followed barely a month later by Carl Laemmle, a German-Jewish immigrant who founded the Universal Film Manufacturing Company, later known as Universal Studios, in June 1912.

The great titan of Jewish Hollywood was Louis B. Meyer.  In 1916 he founded the talent agency Metro Pictures Corporation in New York.  This was followed by the creation of the Louis B. Meyer Pictures Corporation in Los Angeles two years later.  In 1924, New York Jewish businessman Marcus Loew consolidated the Loew’s theater chain with Louis Meyer’s and Samuel Goldwyn’s companies to form Metro-Goldwyn-Meyer Inc.  MGM became the predominant studio of Hollywood’s golden age, perfecting the studio system that dominated the industry until the 1950s.

Jewish artists permeated every aspect of Hollywood, including directors, writers, actors, composers, crewmen and many, many others.  As the golden age of cinema came to its end, Los Angeles’ Jewish cemeteries began filling up with Hollywood’s famous deceased.  Many of the greatest founding fathers of the industry were laid to rest in the Home of Peace Memorial Park cemetery, which has since become a Mecca for Hollywood lore enthusiasts.  However, their legacy lives on in a new generation of Jewish moviemakers who continue to drive the trade into the 21st century.

The Home of Peace Memorial Park is located about three miles southeast of downtown Los Angeles on the opposite side of the city from Hollywood.  Established on the site of an earlier Jewish Cemetery, it became one of the premier movie industry cemeteries in Los Angeles.  Five major studio founders are buried here, including Carl Laemmle of Universal Studios; Harry, Jack and Sam Warner of Warner Brothers; and Louis B. Mayer of MGM.

The Home of Peace Memorial Park Cemetery is adjacent to Calvary Cemetery in East Los Angeles, approximately a mile southeast of downtown.  The cemetery is an open site.  No other visitor information was available as of the time of this writing.  Web: www.homeofpeacememorialpark.com (official website)