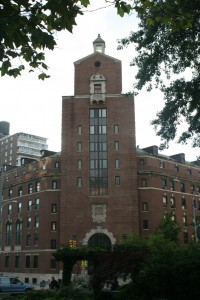 The Jewish Theological Seminary of America is the premier seminary of Conservative Judaism in the United States and one of the most imporant Jewish universities in the Western Hemisphere.  A successor school to the Jewish Theological Seminary of Breslau in Poland (previously in Germany), it has been a major Jewish institution in New York since the late 19th century.  The library of the seminary is home to one of the greatest collections of Jewish documents in the world, and its collection of rare manuscripts is second perhaps only to that housed in the Shrine of the Book in Jerusalem.  Countless Jewish scholars and theologians from all over the world visit the seminary library every year in order to study the treasures kept therein.

The Jewish Theological Seminary of America was founded in the late 19th century in response to the growing popularity of the Reform Jewish movement.  It was started by three prominent Conservative rabbis of the time, Alexander Kohut, Bernard Drachman and Sabato Morais.  The first two had attended the Jewish Theological Seminary of Breslau in Germany, which had also been founded in reaction to the growth of Reform Judaism in Europe.  The new seminary in New York was closely modeled after the teachings and experiences that these men had absorbed in Breslau. 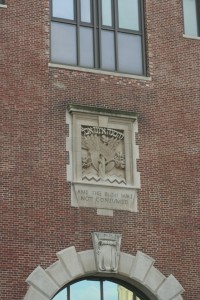 In 1902, Solomon Schechter was made the president of the seminary.  Schechter, a Romanian Jew who served on the faculty of Cambridge University in England, had achieved worldwide fame in the 1890s for his studies of the Cairo Geniza.  During his time at Cambridge, he arranged for the acquisition and transport of the contents of the Cairo Geniza to England.  Much of this collection later found its way to New York City when Shechter took up his position at the seminary.  Many of the documents in the library’s collection of rare books date from this time.

Throughout much of the first third of the 20th century, the Jewish Theological Seminary was not only home to much of the Cairo Geniza collection, but began to receive considerable donations of other artifacts of Jewish interest.  This began in 1904 when Mayer Sulzberger donated a collection of art to the seminary.  By the late 1930s the number of pieces had grown so large that a museum was created to house and display much of the seminary’s collection (see the section on the Jewish Museum of New York).  Most of the non-literary pieces were moved out in the 1940s.

In 1966, tragedy struck the seminary library.  A fire broke out in the library’s tower, and while nobody was seriously hurt in the ensuing inferno, it took nine hours to put the fire out.  By the time it was through, more than seventy thousand writings had been destroyed.  Thankfully, the fire did not reach the area where the rarest and most valuable works were stored, sparing the best of the collection.  The library was rebuilt in the 1980s, and its collection has once again grown.  There are now nearly four-hundred thousand books, papers and manuscripts available here.  The seminary library is considered by many Jewish scholars to be the most important repository of its kind in the world.

The Jewish Theological Seminary and Library occupy a complex of buildings on the Upper West Side of Manhattan, just north of Columbia University and a few blocks south of City College.  The library collection is immense, and includes everything from books, manuscripts and scrolls to postcards, photographs and prints.  Among the library highlights are over thirty-thousand surviving documents from the Geniza library.  Of these, perhaps the most popular and fascinating is the Geniza’s old collection of Passover Haggadahs.  Several hundred were recovered from the Geniza, including a fragment of one which dates back to the 11th century, making it the oldest copy of the sacred Pesach ritual in the world.

In addition to the Geniza collection is a nearly complete copy of the Bomberg Talmud.  Daniel Bomberg was a Christian businessman who ran the first commercially successful Hebrew-language printing press in Venice in the 16th century.  Over the course of three decades he published more than two hundred different works, including the first complete printed edition of the Babylonian Talmud.  The Bomberg Talmud in the seminary library collection is believed to be the oldest printed copy of the Talmud in the world.

The Jewish Theological Seminary is located in upper Manhattan and is part of the neighborhood known as ‘Seminary Row’.  It is easily accessible from the rest of the city by public transportation.  The library is open Mondays through Thursdays from 8:00am-7:00pm; Fridays from 8:00am-5:00pm; and Sundays from 11:00am-7:00pm.  Access to the rare book and manuscript collection is strictly by appointment.  There is no cost for admission.  Web: www.jtsa.edu/library (official website)

While the Jewish Theological Seminary in New York may be the most prestigious Conservative Jewish Seminary in America, it is matched in importance by the Reform Hebrew Union College in Cincinnati, which is even older.  Besides the JTS Library, much of the Cairo Geniza collection, including some of its other important pieces, can be found in the archives of Cambridge University in England.