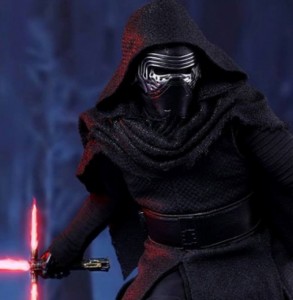 On my ninth birthday in 1977, my father took me and a few of my friends to see “Star Wars”.  Not “Star Wars Part IV – A New Hope”, just plain “Star Wars”.  Adoration of the franchise dominated my youth and early teen years.  I saw it at least three more times in theaters.  I collected the action figures and built the models.  It was the first movie I ever watched on video tape.

I own an original copy of “Splinter of the Mind’s Eye” as well as the first edition Boba Fett action figure, though not in original packaging.

Like many others of my generation, I soured a bit on the franchise with the release of the prequels (though I admit I like “Revenge of the Sith”).  But I did see them all in the theaters, still make regular pilgrimages to the Disney parks to ride “Star Tours”, and still love playing the Lego Star Wars games on WII with my daughter. 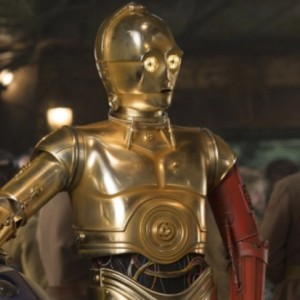 That said, even I can’t escape basic information and questions about the upcoming film.  And of course, the biggest mystery of all, who is Kylo Ren?

In all likelihood, Kylo Ren is simply a new character that is unrelated to earlier characters (yes, it might just be that simple).  There’s obviously some connection to Luke Skywalker, but exactly what that connection is we won’t know until December 18th (or for a lucky few the 17th).

But based on virtually no authoritative information and only glimpses of footage, I have intuitively leaped to the brilliant conclusion that Kylo Ren is none other than C3-P0.

I’ve only found one other story on Google that suggests the same conclusion, but that appears to be a spoof.  But consider the evidence:

First, C3-P0 was created by young Anakin Skywalker, and has regular contact with him throughout the prequels.  Furthermore, Darth Vader has complete access to C3-P0 during the hero’s incarceration on Bespin in “The Empire Strikes Back”.  It has been suggested that an interaction between the two, including a reprogramming, might have taken place at that time.

Second, thanks to General Grievous, it is evident that a largely mechanical being can at least wield lightsabers.  And while C3-P0 is never depicted as fast moving or agile, the few bits of information that we have on him indicates that he has some new more advanced parts, and may be more versatile in the new films.

Third, while it is unknown if a robot can manipulate midi-chlorians (are those things still around), we don’t technically know if Kylo Ren can either.

Finally, both C3-P0 and R2D2 are almost completely and very mysteriously absent from the previews.  Is this by accident, an oversight, or is there something about the two famous droids that we are not meant to know about?

Okay, so now that I’ve re-read what I just wrote, I admit, its pretty far-fetched as a theory.  But since googling “Kylo Ren is C3-P0” has resulted in relatively few good hits, maybe it will drive a small bump in traffic to the website if I’m right.

“Merry Christmas, and May the Force be with you.”