America’s golden age of churches ran roughly from the mid-19th century to the early decades of the 20th century.  During this era, immense church construction projects were undertaken all across the country, creating symbols of a nation at its height in terms of both faith and industry.  The grandest of these, largely from the Roman Catholic and Episcopal traditions, arose in America’s great urban centers, especially in the northeast.  Although the days of magnificent and ambitious church projects seem to be relegated to the past, these monuments of faith have become an indelible part of America’s culture and skylines.

Cathedral of St. John the Divine 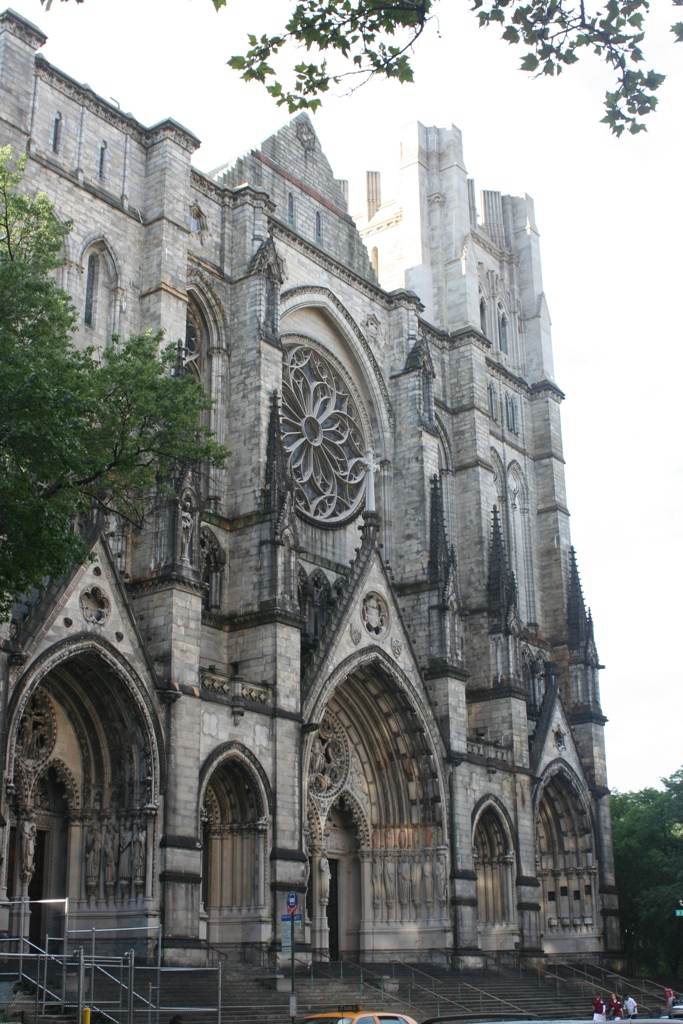 New York City is home to some of the largest church buildings in America, including several record setting structures.  The greatest of these, hands down, is the Cathedral of St. John the Divine in Upper Manhattan.  St. John’s had its roots in the late 19th century, when the Episcopal Diocese of New York decided to embark on the most ambitious Protestant construction project in history: a cathedral on a scale so massive that it would become an integral part of the New York City skyline.  Construction began in 1892, and it took nearly fifty years for the nave alone to be completed.  Even though the last scaffolding came down in 2007, the cathedral continues to be a work in progress, earning it the nickname ‘St. John the Unfinished’.

St. John’s is the largest church of any denomination in the United States, the second largest in the Western Hemisphere and the fourth largest in the world.  It is also the world’s largest non-Catholic church.  Sprawling over three city blocks, this neo-Gothic masterpiece has one of the largest architectural footprints in New York.  One of the bell towers is still under construction.  The tomb of Horatio Potter, the bishop who inaugurated the project over a century ago, is within.  The Cathedral of St. John the Divine is located at the northern end of Manhattan Island, just a few blocks from the massive Riverside Church, the tallest church in America. 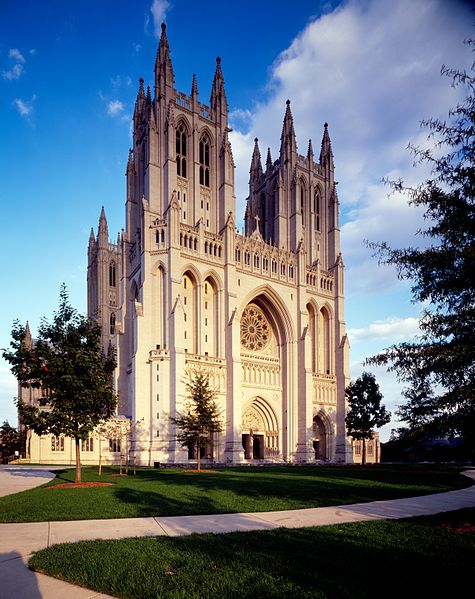 The Washington National Cathedral, officially the Cathedral of St. Peter and St. Paul, is the de-facto national church of the United States.  The earliest plans for Washington DC called for a national church, but serious planning did not get underway until the late 19th century, when the Episcopal Church received a commission to oversee the project.  Ground broke in 1907 in a ceremony presided over by Theodore Roosevelt, and much of the construction between the two world wars was overseen by General John Pershing.  Construction was not completed until the 1990s.

America’s second largest church building, the Washington National Cathedral hosts many state events that require a church, such as presidential funerals.  During World War II, it was designated as the national house of prayer.  Today it is attended by politicians, diplomats and other residents of the capital.  Many prominent Americans are buried on the grounds of the cathedral, including Woodrow Wilson and Helen Keller.  The Washington National Cathedral is located on the northeast side of the city a few miles from the Mall.