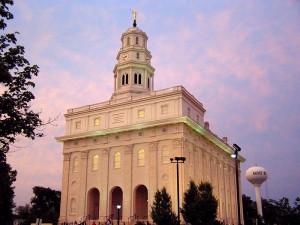 Between the time of the founding of the Mormon church in Palmyra, New York and the establishment of a permanent home in Salt Lake City, Utah, the Mormons worked their way across the country, settling in places like Ohio and Missouri.  However, it was the settlement at Nauvoo, Illinois that is probably the most important from an historical standpoint.  Many prominent Mormon sites are preserved here, and the current Mormon Temple stands on the location of its predecessor that was founded by Joseph Smith.  Most importantly, Nauvoo (or more specifically neighboring Carthage) is the site where Joseph Smith and his brother were killed, making Nauvoo one of the top Mormon pilgrimage destinations in the country.

In the early days of the Church of Latter Day Saints, Joseph Smith decided to establish a permanent home for the church members in the American Midwest.  With plenty of room and opportunity, the early Mormons relocated to Kirtland, Ohio in 1831, where they spent the better part of a decade building a permanent life and attracting new converts.  There they established the first Mormon Temple. 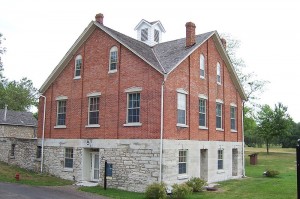 At the same time, another settlement was established much further west, in Jackson County, Missouri, which Smith ultimately planned to be the site of a new Mormon city.  However, by the later 1830s, the Mormons were increasingly pressured by their non-Mormon neighbors to leave, with violence breaking out in places.  In 1839 both Kirtland and Jackson County were abandoned, and the Mormons re-established themselves at Nauvoo in Illinois.

At first the Mormons were accepted in Nauvoo, where they lived peacefully with their new, more tolerant neighbors.  Another Temple was founded, and the church began to grow at breakneck pace.  Among the institutions was the creation of a Mormon militia.  By 1843, the Mormons were becoming militarily and politically dominant in the area, and public opinion began to turn against them. 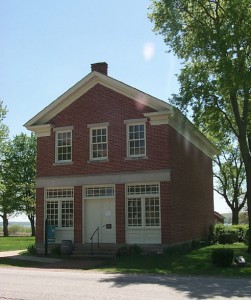 In 1844, the Mormons elected Smith as Prophet and King of Nauvoo, causing a rift in the church and general concern among the non-Mormon locals.  Smith was eventually arrested and imprisoned in nearby Carthage Jail, where a mob broke in and killed him on June 27.  A year later, most of the church members packed up and departed for Utah, leaving behind one of the more interesting chapters in the religious history of America.

The Nauvoo Historic District is essentially a collection of historic buildings almost all of which are related to the Mormon community of the 1840s.  The main site of interest is the Joseph Smith Mansion and homestead, as well as the related Nauvoo Boarding House and the Red Brick Store, both of which were businesses owned by Smith. 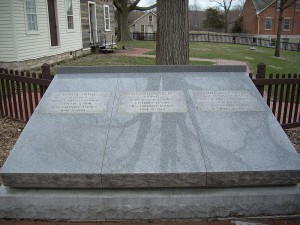 Other buildings in the historic district include the homes of Brigham Young and Heber Kimball, both prominent leaders of the early Mormon church.  The Seventies Hall is where many of the early church meetings took place.  The Nauvoo Temple is centerpiece of the current Mormon community.  Unfortunately the original building, the second Mormon Temple ever built, is now long gone, and the current incarnation only dates to 2002.

The Nauvoo Historic District is located on the west side of Nauvoo close to the eastern shore of the Mississippi River, approximately 200 miles west of Chicago.  Most of the related buildings in the area are owned and operated as a single site by the Church of Latter Day Saints, which operates a central visitor’s center.  As of this writing no visitor information was available.  The Nauvoo Temple is not open to non-Mormons.  Web:  www.lds.org/locations/nauvoo-visitors-center (official website).

In addition to the numerous Mormon sites in Nauvoo proper, one of the most popular Mormon pilgrimage destinations is the Carthage Jail, approximately fifteen miles away, where Joseph Smith and his brother were killed.