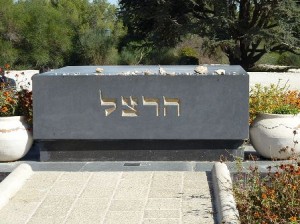 Named for Theodor Herzl, the founder of the Zionist movement, Mount Herzl is the location of Jerusalem’s memorial district.  It is home to the national and military cemeteries, as well as to the Yad Vashem, the Israeli national Holocaust memorial.  Many of modern Israel’s leaders and heroes are buried here, as well as heroes and victims of the Holocaust.  Mount Herzl and its immediate environs are home to several related museums, including the Herzl Museum, with exhibits on Herzl’s life and the early days of the Zionist movement.

Theodor Herzl was a Jewish journalist and writer who was credited with founding the movement for the establishment of a Jewish homeland in Palestine.  He was born and raised in Budapest, Hungary, but later moved to Vienna with his family.  It was there where he first worked, and there where he first conceived of the idea of national homelands.  Strangely, among his early interests was not the creation of a pan-Jewish state, but a pan-German one, which would incorporate all German-speaking lands into a single nation.  The irony of this has not been lost on historians.

During the events of the Dreyfus affair, Herzl became convinced that anti-Semitism would never be overcome, and would only be encouraged in more tolerant nations when Jews arrived seeking sanctuary.  He concluded that no place, not even America, would be safe for the Jews in the long run.  So, by extension, Herzl decided that if the idea of a national state was good enough for the Germans, it was good enough for the Jews.  He spent the rest of his life pursuing this idea, and though he died before this dream could come to fruition, there is no doubt among his successors that Zionism and the creation of a Jewish state in Israel was the legacy of his efforts.

Theodor Herzl died in 1904.  Forty-four years later, the nation of Israel became a reality.  In 1949, his body was moved from Vienna to Jerusalem and reinterred on top of the hill that now bears his name.  Many other members of his family were later buried there as well.  A few years after his reinternment, Mount Herzl was designated as Israel’s national cemetery.  Many of Israel’s leaders, as well as other important political figures and members of the early Zionist movement, have since been buried there.

Over the years, the cemetery and memorials on Mount Herzl have been greatly expanded.  The Israeli Military Cemetery dominates the area to the north, while Yad Vashem, Israel’s national Holocaust memorial, is to the west.  Many national events, from holidays to commemorations to state funerals, are held on Mount Herzl.  If the Wailing Wall is the religious heart of Israel, Mount Herzl is its national heart.

The Herzl Museum, located next to Mount Herzl, was dedicated in 2004 on the 100th anniversary of his death.  While fairly small, it houses a number of very interesting exhibits on Herzl’s life and the beginning of Zionism.  Among these is a restoration/recreation of the office in which he worked.  A number of his writings are also on display here.

Mount Herzl is located on the far wester edge of Jerusalem, nearly three miles away from the Old City.  The Mount Herzl National Cemetery is an open site.  There is no cost for admission.  The Herzl Museum is open Sundays through Fridays from 8:45am-3:15pm (early closing on Fridays).  Admission is NIS25.00 for adults.  Web: www.herzl.org (official website)

While most of modern Israel’s past leaders are bured in the Mount Herzl National Cemetery, two major figures are not.  The Gravesite of David Ben-Gurion, Israel’s first prime minister, is located in the Midreshet Ben Gurion in southern Israel; the Gravesite of Menachim Begin, Israel’s sixth prime minister, is buried on the far side of Jerusalem on the Mount of Olives.  Another of Jerusalem’s cemeteries, the Har Hamenuchot, is home to the Gravesite of Naftali Herz Imber, the Israeli patriot who wrote Israel’s national anthem, the Hatikva.