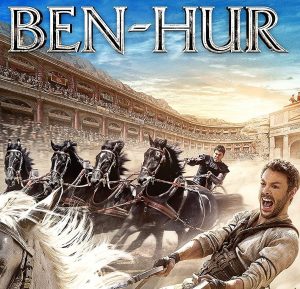 Last week Hollywood celebrated the 90th Academy Awards.  In honor of this annual event, I usually write a piece on movies of religious interest.  This year, I’m doing something a little different.  A rant if you will.

As I get older, I find myself harder and harder to please at the movies. With a few exceptions (notably the Marvel cinematic universe), I have gotten tired of the endless movie franchises desperately trying to generate additional revenue off the success of perhaps one decent movie.  Then there’s the sequels, the prequels, the coequals; and of course, the generally unnecessary reboots.

So here is my list of movies that never, ever need to be remade again. I hope someone in Hollywood is paying attention:

In General, any Classic Film

This should go without saying. Unfortunately, it needs to be said.  The good news is that almost every time Hollywood tries to remake a classic, it bombs miserably.  The shot-by-shot remake of Psycho (1998) was a box office flop, and should have served as a warning to future would-be movie re-makers.  Nevertheless, remakes of classic films keep getting churned out year after year.  2016 alone saw such disasters as Birth of a Nation (lost money), Ghostbusters (lost a LOT of money) and Ben Hur (2016, lost a REAL LOT of money).  As a rule of thumb, if a movie has already won the Academy Award for best picture, or appeared on the American Film Institute’s list of greatest movies of all time, leave it alone.

First, the big three: Robin Hood, King Arthur and The Three Musketeers. To the best of my ability to count, there have been collectively over sixty versions of these stories released on the big screen.  Seriously!  SIXTY!  A new version of each story comes out approximately every ten years or so.  The most recent versions, Robin Hood (2010), The Three Musketeers (2011) and King Arthur: Legend of the Sword (2017) were all big box office disappointments.  There is literally nothing left to explore in these characters.  They do not need to be re-imagined again.  I know these are all in the public domain, and therefore cheap from a licensing perspective, but its time to put the past behind us.

Due out this year: Robin Hood (seriously; it hasn’t even been a decade since the last one)

Going back decades, I couldn’t find a single year that didn’t have at least one major theatrical release featuring zombies, vampires, mummies or werewolves. This genre has seen several hundred major entries date back even further than the original Dracula and Frankenstein films of the 1930s.  These movies have been done to death (no pun intended), and yet they keep getting resurrected (again, no pun intended).  The most recent versions, Dracula Untold (2014), I Frankenstein (2014) and The Mummy (2017) were actually all modest box office successes, but with profits well below expectations.  The trend in interest in these characters is clearly down and falling.

Currently in production: Bride of Frankenstein (the second and possibly last movie in the Dark Universe franchise?)

Ever since I was a kid, I loved watching giant monsters smash their way through the great cities of the world while beating the snot out of each other. Yet while there are dozens of existing monsters to choose from, and an infinite number that could be dreamed up, Hollywood just keeps going back to the big two: King Kong and Godzilla.  Like classic horror films, these remakes come out about once per decade (and that’s not including the ones made in Japan).  While both Godzilla (2014) and Kong:Skull Island (2017) did fairly well at the box office, how much more can these monsters be milked?  I guess will find out in 2019.

Currently in production: Godzilla vs. Kong (okay, I kinda wanna see this one)

Any Movie Disney Has Already Made Into An Animated Feature

Let me state first that for this grouping, I don’t mean that Disney’s versions of stories are the end-all and be-all of child-oriented stories. Its simply that these are among the most remade movies ever, and this is just an easy way to classify them.  Do we really need to ever see another version of Peter Pan or Cinderella again?  While Disney’s recent live-action remakes of its own films have generally been pretty good and successful, most have not.  Recent disappointments include Pan (2015), Alice Through The Looking Glass (2016) and The Huntsman (2016).  All three of these transformed classic, charming children’s stories into grim fantasy war films.  Time to put these fairytales to bed.

Due out this year: Mary Poppins Returns (didn’t they see Saving Mr. Banks?)

As a general rule, if a movie has been made enough times that it has been successfully satirized, then its time to move on.

The world does not need to see any more versions of Romeo and Juliet.  EVER.

And for the all-time grand champion of remade movies, A Christmas Carol, all I can say is, just don’t.  Seriously.  Just don’t.