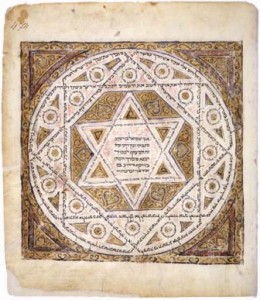 Tucked away in the massive collection of the National Library of Russia in St. Petersburg is an unassuming book of priceless importance to the Jewish community: the Leningrad Codex, the oldest complete copy of the Hebrew Bible in the world.  The Leningrad Codex, which achieved its status after portions of the Aleppo Codex were lost in the mid-20th century, is now considered the standard against which all written versions of the Hebrew Bible and Christian Old Testament are compared and, when necessary, corrected.  Just over a thousand years old, the codex has been kept in the National Library of Russia since 1863.  It is one of the library’s three prized ancient religious texts that draw visitors and religious scholars from around the world.  The National Library is part of the Historic Center of St. Petersburg UNESCO World Heritage Site.

The Leningrad Codex began its long, distinguished history in the workshop of Aaron ben Moses ben Asher towards the end of the 10th century AD.  Aaron ben Moses ben Asher is considered by many to be the father of the modern Hebrew Bible.  Although it was canonized by Ezra nearly fourteen centuries earlier, it was ben Asher who essentially finalized it from a linguistic and grammatical standpoint.  His family ran a scriptorium in Tiberias which produced authoritative codex editions of the Tanakh, or Hebrew Bible, for distribution to Jewish communities around the world.  These codexes in turn became the basis from which all modern copies of the Tanakh were derived.  In theory, every existing copy of the Hebrew Bible, down to the present day, should be identical to these original works produced in Tiberias.

Aaron ben Moses ben Asher was a master of writing and grammar, and spent years perfecting the Tanakh.  He is credited with producing what would become the Hebrew Bible’s final form, as well as extensive commentaries.  In his day, Aaron ben Moses ben Asher was not the only person working on a definitive Bible.  He had rivals, notably Rabbi ben Naphtali.  However, when Moses Maimonides acquired a copy of ben Asher’s work in the 12th century, his positive review and subsequent use of it soon made it the favorite version of Jews the world over.

According to its own notes, what is now known as the Leningrad Codex was completed in the year 1008 AD.  It was written by Samuel Ben Jacob, a scribe who worked for the ben Asher family.  The text shows corrections that were made based on the older Aleppo Codex.  The subsequent history of the codex is somethine of  mystery.  It seems to have passed through the Crimea, which suggests that it was possessed at least for a time by the Karaites.  It was acquired by one Abraham Firkovich, a Karaite Jew, sometime in the 1830s, and he brought it to Odessa in 1838.

The Leningrad Codex was a great treasure of the Odessa Jewish community until 1863.  However, when the avid Russian collector Modest Von Korff discovered the codex, he acquired it and brought it to St. Petersburg where it was housed in the National Library in which he served as honorary curator.  In the years since, it has been used as the basis for several new editions of the Tanakh.  It has also been used to supplement the missing sections of the Aleppo Codex.

The Leningrad Codex is in very good condition for a book that is a thousand years old.  It includes all of the books of the traditional Hebrew canon from Genesis to Ezra-Nehemiah.  The cover page of the codex is particularly noteworthy.  It contains a beautiful geometric pattern of a Star of David inside a circle, within which are inscribed the names of all those who worked on the book.

The Leningrad Codex was only one of a trio of treasures acquired by the obsessive Modest Von Korff.  In addition to the codex, he managed to get his hands on the 4th century Codex Sinaiticus, one of the oldest copies of the Christian New Testament, a few pages of which are still there; and a 7th century copy of the Uthman Quran.  All three are kept together in the library collections.

The National Library of Russia, which has been moved several times, is now housed in a large, modern structure on the Moskovsky Prospekt.  It is home to one of the world’s finest collections of books and antiquities.  The codex is usually on display along with other books from the library’s special collections.  Opening hours fluctuate significantly based on the day of the week and the time of the year.  There is no cost for admission.  Web: www.nlr.ru (official website)

In addition to the Leningrad Codex, there are two other surviving codexes dating from the ben Asher workshop of the 10th century.  The first is the Codex Cairensis, written by Moses ben Asher.  It is the oldest of all of the existing codexes, but contains only portions of the Ne’vim, or Prophet, books.  It is currently kept at the Hebrew University of Jerusalem.  The other is the Aleppo Codex, written by Aaron ben Moses ben Asher.  It was complete until 1947, when more than a third of it disappeared.  It is kept in the Shrine of the Book in Jerusalem.