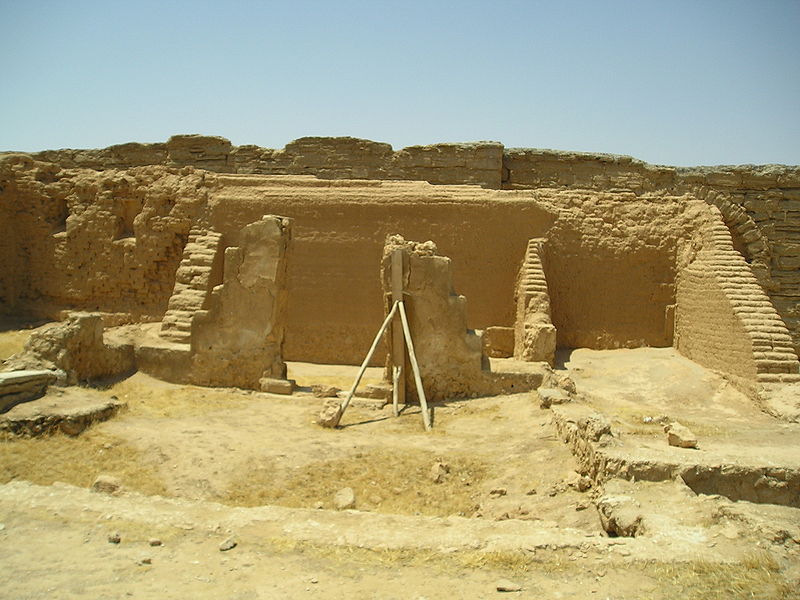 If you Google the term “world’s oldest churches” and look at the first dozen links, chances are you will get a dozen different lists.  Most lists will include the House Church of Dura Europas in Syria.  Others typically named are the Meggido Church in Israel, the Etchmiadzin Cathedral in Armenia, the Hagia Sophia in Turkey, St. Peter’s Basilica in Italy and Trier Cathedral in Germany.  Biblical tradition suggests the first Christian Church was the Upper Room in Jerusalem, where the Last Supper took place.

However, when trying to determine how old a church is, there are several problems.  The main one being that, for most early churches, there is virtually nothing left of the original building.  For example, while St. Peter’s Basilica may trace its roots back to the 1st century community founded by Peter or the original 4th century cathedral, the massive building we know today was built in the 16th and 17th centuries.

Another problem is whether or not a church was purpose-built.  The House Church of Dura Europas is typically cited as being the world’s oldest church.  However, while Christians almost certainly met here in the 3rd century, it was not purpose-built as a church.  Moreover, the city was abandoned after a Persian invasion, and the House Church has been nothing but a pile of rubble for well over a thousand years.

A lesser issue is whether or not a building is still in use as a church.  This comes up in a handful of cases, such as with the Hagia Sophia in Istanbul, Turkey.  While the original 6th century cathedral is still standing and essentially intact, the Hagia Sophia has not been used as a church for over five centuries.

Church construction in ancient times effectively came in four stages.  During the first stage, which began with the ministry of Jesus and ended with the Edict of Milan in 313 AD, virtually no churches were purpose-built due in large part to the suppression of Christianity by the Roman Empire.  During the second stage, which began under the emperor Constantine and continued throughout the 4th century, churches were founded all over the empire, often with imperial assistance.  This was especially true in Palestine as well as major imperial cities such as Rome, Constantinople and Trier.

During the Third Stage, which ran throughout most of the turbulent 5th century, the empire was wracked by foreign invasions.  Very few major Roman construction projects, including churches, date from this period.  Undoubtedly there were many smaller, less important churches constructed during this time, but virtually nothing remains of these anywhere.

However, during the Fourth Stage, a renaissance of church construction, begun by the emperor Justinian I, swept much of the Christian world in the 6th century.  While a large number of the great Justinian churches were destroyed during the Persian and Muslim invasions in ensuing centuries, most of the oldest surviving churches in the world, especially in Europe, date from this fourth period.

So which are the oldest?  Here they are, broken out by detailed category:

The oldest traces of any church ever found are the ruins of the House Church at Dura Europas.  Constructed as a house, possibly as early as the 2nd century, it was briefly used as a church in the 3rd century.  Although destroyed in the Roman era, the site preserved some of the earliest known Christian paintings.  Because it was not purpose-built as a church, and because it is today nothing more than a tiny pile of rubble (possibly made even worse by ISIS), it is difficult to truly regard this as the world’s oldest church.  Verdict: not the world’s oldest church.

Runners-Up: The Megiddo Church in Tel Megiddo, Israel; and the Aqaba Church in Aqaba, Jordan.  Both were purpose-built churches dating from the late 3rd century and are now in ruins.

Formally known as the Church of St. Mary and the Martyrs, the Pantheon was constructed in the 2nd century as a place of worship to many Roman deities.  However, in the 7th century, when the last vestiges of paganism were being purged from Western Europe, the Pantheon was re-purposed and consecrated as a Christian Church.  While there have been many additions and updates to the building, the original core structure remains mostly intact.  Nevertheless it was not a purpose-built church, and there are other churches still standing that were in use earlier.  Verdict: not the world’s oldest church.

Runners-Up: The Cathedral of St. Domnius in Split, Croatia; and the Basilica of Saint-Pierre-Aux Nonnains in Metz, France.  The former was constructed as the mausoleum of the emperor Diocletian in 305 AD, the latter as a school c. 380 AD.  Both buildings were re-consecrated as churches in the 7th century and are still mostly intact.

The Monastery of St. Anthony is one of the oldest Christian monastic sites in the world.  While nothing survives of the original 3rd century complex, the cave where Anthony dwelt more than seventeen centuries ago is still there and can still be visited.  While it is still maintained as a shrine, it lacks any structure that can be dated earlier than the Middle Ages.  Verdict: not the world’s oldest church.

Runners-Up: The Basilica of the Annunciation in Nazareth, Israel; the Cave of the Apocalypse on the island of Patmos in Greece; the Church of St. Peter in Antakya, Turkey; and the Convent of St. Thecla Ma’Lula in Maaloula, Syria.  All four of these churches date from the 4th and very early 5th centuries, although nothing remains of the original buildings.  However, each has a cave which has ties to 1st century Christianity.

When Constantine began adorning the city of Rome with major churches, the first to be constructed, or at least started, was St. Peter’s Basilica.  According to tradition, the original building was constructed over or near the site where Peter the Apostle was buried.  While there is nothing left of the 4th century church, there is a necropolis under today’s basilica with tombs that may date as far back as the 1st century.  Most visitors to the Vatican today would only see the magnificent Renaissance-era cathedral, and not even the trace surviving underground elements.  Verdict: not the world’s oldest church.

Runners-Up: The Basilica of St. John in Lateran in Rome, Italy; the Church with 100 Doors on the island of Paros, Greece; the Church of the Primacy of St. Peter in Tabgha, Israel; the Church of Our Lady Mary of Zion in Aksum, Ethiopia; and the Basilica of St. Ambrose in Milan, Italy.  All of these churches were originally built in the 4th century, but only minimal elements of the original buildings are still in existence.

The Cathedral of Trier was the first truly major church built in Western Europe outside of Italy.  Constructed in the 4th century, it was personally sponsored by the emperor Constantine because of his close ties with the city and its importance as a commercial center in Northern Europe.  While the original building was destroyed several times, significant 4th century structural elements have been incorporated into the current church.  Visitors today can still see small sections of Constantine’s original building.  Verdict: a case could be made for this to be the world’s oldest church.

Runners-Up: The Etchmiadzin Cathedral in Etchmiadzin, Armenia; the Basilica of Santa Maria in Trastevere in Rome, Italy; and the Basilica of San Lorenzo in Milan, Italy.  These three churches were originally constructed in the 4th century and have significant, largely structural surviving elements.

Constructed in the early 6th century as part of Justinian I’s sweeping church-building program, the famous Hagia Sophia is one of the greatest surviving structures of antiquity.  The seat of the Eastern Church for over nine hundred years, it was seized by Muslim forces after the fall of Constantinople in 1453 and converted to use as a mosque.  Although there have been renovations and additions, the original building including its magnificent dome is effectively intact.  Nevertheless the Hagia Sophia has not been used as a church for nearly six hundred years, and is in fact currently in use as a museum.  Verdict: a case could be made for this to be the world’s oldest church.

Runners-Up: The Basilica of San Vitale in Ravenna, Italy; and St. Catherine’s Monastery in Feren, Egypt.  Both of these buildings were completed in the 6th century.

So what is the world’s oldest church?  Click here to find out…