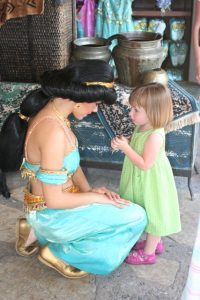 Any first year economics student can tell you that a significant increase in competition should normally lead to lower prices for the consumer.  That is, unless, of course, you are talking about theme parks in Orlando.  In this strange, topsy-turvy world that calls itself the City Beautiful, the stiffer the competition gets between the world’s two largest theme park complexes, the more prices go… up?

Although this seemingly defies all logic, there are some obvious reasons for the ticket increases.  Massive expansions at both theme park complexes have run into the billions of dollars in recent years, costs that have to be recouped. Somebody has to pay for the ever-more-immersive and thrilling experiences.

Then, of course, there’s plain old supply and demand.  No matter how expensive Orlando seems to get, the crowds only continue to get bigger.  Try to visit Central Florida’s theme parks in the “off” season, and you’ll discover that the “off” season practically doesn’t exist anymore.

However, what really frustrates most visitors to Orlando nowadays are not the ticket prices, but rather the ticket-pricing structures.  If you’ve taken a vacation to Orlando recently you know exactly what I am talking about.  Ticket pricing is especially frustrating for those visitors who only come to spend a few days at the parks, or who wish to split their time between the resorts.  Thanks to the all-out war between Disney and Universal to keep tourists on their own properties at any cost, both companies have made it very clear what their marketing strategy is: come for a week, or don’t come at all.

To be fair, for a family visiting Orlando for a week-long vacation, spending all seven days at either Disney World or Universal Escape offers considerable economic advantages, especially on ticket pricing and dining costs.  Similarly, for those who live close enough for regular visits, an annual pass is still an entertainment bargain.  But pity the poor family that only comes for a couple of days, or who wants to split the trip and spend a few days at each park.  These people face the wrath of two vengeful entertainment giants hell-bent on destroying each other’s businesses.

Let’s look at the numbers.  Both Disney World and Universal Studios offer a huge range of tickets with all sorts of options.  For simplicity we will consider only the least expensive tickets for adults, exclusive of any extras like park-hopping or water parks.  Disney’s current ticket prices range from $97 ($114 on peak days) for one day to $400 for ten days, or $40 per day.  Note that there is a steep drop-off in cost increases after the fourth day, so that the first three days cost $81 per day while the last six days cost $12 per day.

So let’s say a visitor to Orlando spends five days with Mickey Mouse and two days with Harry Potter.  The difficulty and cost of transportation between the two places aside, the total cost $510 for one adult and $490 for one child (for the record, these are 40% increases over just four years ago when I first did this analysis).  For a family of four, this trip would cost $2,000 for tickets, excluding taxes and fees, versus $1,440 for a straight seven days of Disney World.  This is a difference of nearly forty percent for the same total amount of theme park days.  Skip a day with Mickey and throw in a day with Shamu and that total goes up to $2,256, for the same total seven days.

At one time tickets to both Disney World and Universal Studios never expired.  This was a convenience offered at no extra charge which mitigated the ticket pricing structure issues.  It was once possible to purchase the maximum number of days available, use some of them, and save the remainder for a future trip.  But eventually Disney realized that this only encouraged people to spend time off-property, and changed their policy.  Eventually Universal followed suit.

For a while both parks still offer no-expiration tickets, but at a price; and the additional cost was so steep that it almost never made sense to purchase this option.  But even this has now been dropped.  The once relatively inexpensive tickets, which were fully transferable and never expired, are now only good for one person for one visit.

So what does this mean for Orlando visitors?  For my family, it means a choice.  If we’re going to Florida only for a few days, it usually means Universal Escape.  If we’re going for a full week, then it’s Disney World.  But for those families who don’t have the luxury of being within driving distance, or who only have a few days, or who want to visit both and for whom this is a once in a lifetime vacation, Orlando has become a more expensive proposition than ever.  And pity the poor family who must choose between their youngster’s dreams of Fantasyland and their teenager’s eagerness for a Wizarding World.

Mickey and Harry, please find some way to share the magic.