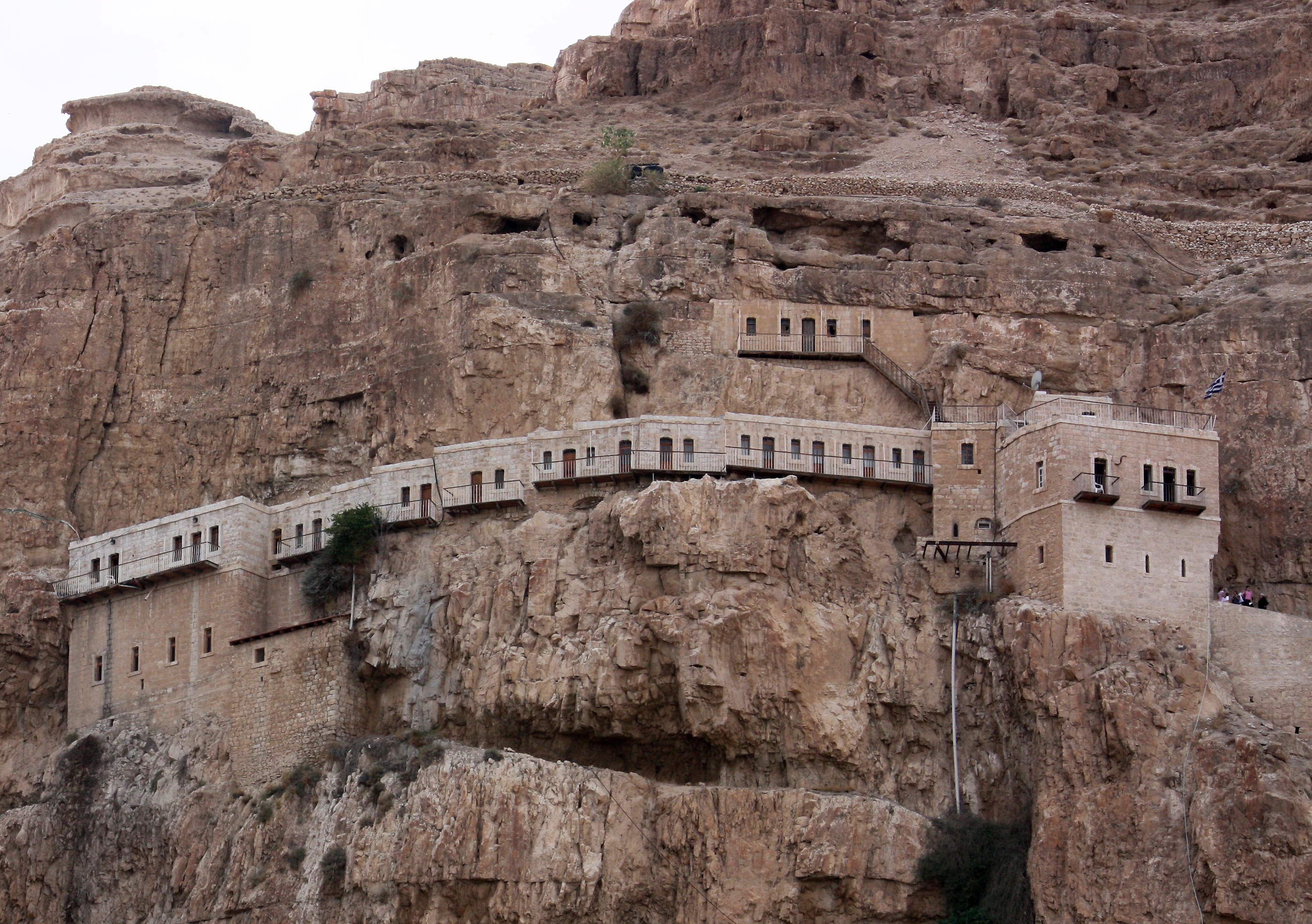 Monastery of the Temptation (wikipedia.org)

There are few beings in theology or literature that have engendered more dread, and fascination, than the Devil.  Called by many names, the Devil, or Satan as he is most commonly referred to in the western world, has played a role in pop culture almost since the beginning of time, especially among the Abrahamic faiths.  The Devil was mentioned in both the Old and New Testaments of the Bible, as well as the Quran, and by tradition has made appearances in many places throughout history.  Here are five places to see, or avoid, where the Devil has supposedly shown himself.

In chapter four of the Book of Matthew, the New Testament speaks of Jesus heading into the wilderness in order to suffer the pangs of temptation.  After fasting for forty days, the Devil appeared to Him and put him to the test, offering Jesus food, fame and power.  Jesus of course resists, and the Devil eventually leaves Him in the wilderness.  This is followed immediately by the beginning of Jesus’ ministry.

Although the Bible does not specify exactly where the ‘wilderness’ was located, it is generally regarded as being somewhere to the east near the Dead Sea.  According to tradition, long held by both Christians and Muslims, the specific location of Jesus’ sojourn is a hill outside of Jericho now known as the Mount of Temptation.  A Greek Orthodox monastery marks the spot where the temptation supposedly took place.  It is accessible by a recently constructed cable car.

The Quran tells several stories concerning the Devil (‘Shaitan’), the most famous one of which involves the patriarch Abraham.  As the story goes, Abraham made a pilgrimage to Mecca at some point in the later years of his life.  During his journey, the Devil appeared to Abraham three separate times, each time trying to tempt the patriarch to turn away from God.  However, Abraham drives the Devil off each time by pelting him with stones.

According to tradition, the temptation of Abraham took place in what is now the city of Mina outside of Mecca in Saudi Arabia.  For well over a thousand years, Muslims making the pilgrimage to Mecca have stopped in Mina to ritually stone three pillars which represent the Devil’s appearances.  In recent years, the original pillars were replaced by a wall and a massive bridge erected in order to make the symbolic stoning ceremony safer.

While legends of the Devil mostly date from the early Middle Ages and onwards, tales about Satan stretch back to Biblical pre-history. The most famous story is arguably that of the battle between Satan and the Archangel Michael.  This encounter between the forces of good and evil was the final engagement of the uprising of the fallen angels against God.  After this epic clash, Satan and his followers were famously cast out of Heaven.

An alternate version of this story has circulated in the Normandy region of France for many centuries.  According to this tradition, both Michael and the Devil lived in Normandy, presumably prior to the arrival of men in the area.  A feud resulted in a fight between the two on top of Mont-St-Michel.  Satan was tossed out, and landed in the nearby town of Mortain.  The supposed marks of his claws can still be seen etched into some rocks outside of the town.

Munich’s Frauenkirche, or Church of Our Lady, is associated with a strange diabolic legend.  As the most common version of the story goes (there are several versions), the Devil offered to pay for the construction of the church provided it had no windows.  While it is uncertain exactly why Satan would prefer a church to have no windows, the builder agreed, but snuck one in any way out of site of the doorway.

After having confirmed there were no windows, the Devil allowed the church to be consecrated.  He later discovered the ruse, but it was too late for him to do anything about it.  All he could do was stamp his foot in frustration.  Towards the back of the church, a section of the earlier floor is preserved among the tile work.  A footprint permanently etched into this bit of floor is believed to be that of the Devil, forever marking the spot where he took out his anger.

The legend of the Devil’s Bridge has been told about many bridges in many places.  But the point of origin of the story is probably in Ceredigion in Wales.  As the story goes, a local woman misplaced her cow, only to discover it on the far side of the river.  The Devil appeared and offered to build her a bridge to recover the wandering cow.  In exchange he would receive the soul of the first being to cross the bridge.

As is usual with such stories, the bargainer turned the tables on the Devil.  In this case, the woman tossed a bit of food across the river, and her dog, chasing after it, crossed the bridge first (resulting in a horrible fate for the innocent dog).  The bridge, which is actually three bridges stacked one on top of the other, is architecturally fascinating and worth a visit.