The United States boasts many historic churches which are visited by countless tourists and pilgrims every year. But often overlooked are the many wonderful religious museums across the country where some of America’s best and little known religious treasures are kept.  Often housed on the grounds of colleges and seminaries, but occasionally found in private galleries, these collections boast everything from rare Bibles to archaeological artifacts to magnificent pieces of religious art.  Some of these places belong on every enthusiastic American pilgrim’s must-see list. 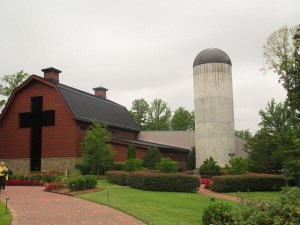 The Billy Graham Library, located on the campus of the Billy Graham Evangelistic Association, is a legacy of one of the most famous and influential ministers in recent history.  Graham pursued a life of religious service throughout most of the second half of the 20th century, and became known for his revivalist meetings as well as evangelistic radio and television programs.  The BGEA established the library in 2007 as a focal point for visiting pilgrims to the Charlotte area.

The library consists of a complex of buildings with a variety of exhibits as well as contemplative gardens.  The main building is designed to look like a dairy barn in honor of Graham’s childhood.  Displayed here are artifacts and exhibits from his life.  Also on the grounds of the library is a reconstruction of the Graham family home place as well as the gravesites of Billy Graham and his wife Ruth Bell Graham. 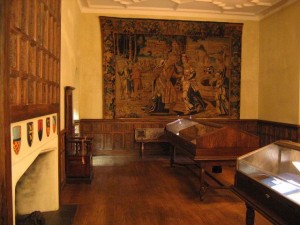 Bob Jones University is one of the best known Christian colleges in the South.  Founded in 1925 by Bob Jones Sr., one of the great evangelists of the first half of the 20th century, it was the first of the major modern-day seminaries to be established.  Throughout his life, one of Jones’ great passions was the collection of religious art and antiquities, many of which are now kept and displayed in the university’s museum and gallery.  This museum is considered one of Jones’ great legacies.

The BJU Museum and Gallery is a virtually unknown jewel of religious works, including everything from Orthodox icons to Catholic paintings and even a recreation of the Jerusalem Chamber of Westminster Abbey in London, where the first edition of the King James Bible was prepared.  The museum’s most famous piece is The Progress of Religion Revealed, a series of seven paintings originally created for King George III.  The university’s Mack Library is also home to a collection of rare Bibles. 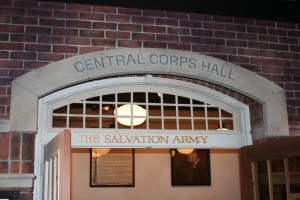 The Salvation Army, arguably the most famous of all Protestant missionary organizations, was founded in London in the 1860s by William Booth, a Methodist lay minister.  It was established in the United States in 1880, where it soon had thousands of volunteers serving millions of America’s neediest from coast to coast.   Today the United States has the largest Salvation Army presence of any country in the world, with regional headquarters in New York City, Chicago, Los Angeles and Atlanta.  Each headquarters boasts a training facility and, interestingly, a museum.

The city of Atlanta, one of America’s regional SA headquarters, is home to the Evangeline Booth College, on the site of which is the Salvation Army Southern Historical Center.  The Southern Historical Center has a wonderful series of exhibits on the history of the organization, including everything from records and publications to photographs, posters, uniforms, musical instruments and commendations.  Also on the site is a recreation of a pre-war Salvation Army meeting hall using original fixtures and antiques.  Similar exhibits can also be found at the other three headquarter locations. 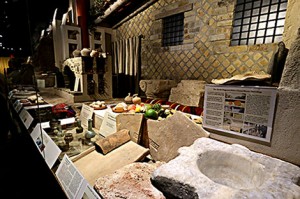 The Explorations in Antiquity Center is definitely one of the more out-of-the-way religious museums in the South, but from an academic standpoint is arguably one of the best.  While the overriding theme is the Bible, the facility’s focus is on the historical and cultural context in which the stories of the Bible are set.  For example, while it doesn’t try to recreate the story of the New Testament, there are reproductions of a village, houses of worship and tombs along the lines of what existed in the time of Jesus of Nazareth.

One of the things that sets this attraction apart is the Biblical Life Artifacts Gallery.  This exhibit includes over two hundred actual artifacts on loan from the Israel Antiquities Authority.  Only a handful of institutions in the United States has such an arrangement, and there are none others in the South.  The exhibit includes an amazing array of artifacts from thousands of years of Israelite history, including everything from everyday household items to craft tools and burial jewelry.  Much of the collection is displayed in recreation dioramas. 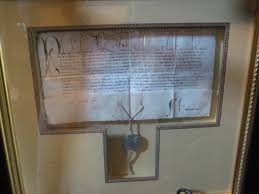 Most religious museums are tied to larger institutions, such as colleges or churches.  However, one of the best religious museums in America is a private institution, the Christian Heritage Museum founded by businessman Gene Albert Jr.  Albert, a former seminary student, began collecting items of Christian interest in the 1970s.  As he grew more successful, his private collection began to include items of greater interest in value.  Eventually Albert decided to share his hobby with the world and established this institution.

The Christian Heritage Museum has an excellent collection of rare Bibles and artwork.  But the real treasure here are the historical papers, many produced and/or autographed by some of history’s greatest theologians: Martin Luther, John Calvin, Charles Wesley, John Witherspoon, Cotton Mather, Francis Asbury and William Booth are all represented here.  There is an original copy of the hymn Onward Christian Soldiers handwritten and signed by Sabine Baring-Gould, pages from original Wycliffe and Gutenberg Bibles and a complete original edition of the King James Bible.