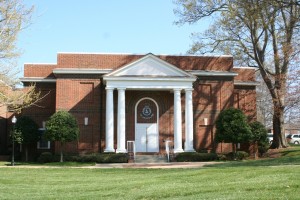 The Salvation Army is arguably the most famous of all Protestant missionary organizations.  Founded by William Booth in London in the 1860s, it made its way across the Atlantic in 1880, where it has since become the largest charitable institution in the United States.  Hundreds of thousands of members and volunteers provide aid and comfort to millions across the country in four territories.  Each of these territories has a headquarters, and interestingly, each of these headquarters has a museum.  These are located in West Nyack (New York City); Atlanta; Des Plaines (Chicago); and Rancho Palos Verdes (Los Angeles).

In the 19th century, England saw a proliferation of missionary societies, some of which were formed to advance Christianity in the English imperial possessions around the globe, while others sought to alleviate the crushing poverty created by the Industrial Revolution.  By far the most famous of the latter was the Salvation Army.  It was founded by William Booth, a self-taught Methodist lay-minister who grew up amidst the poverty and squalor of London’s East End. 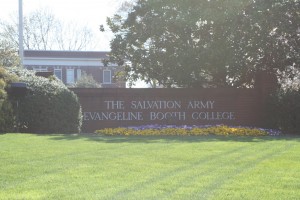 Booth devoted most of his time caring for the needy and working in the city’s soup kitchens.  In 1865, he and his wife Catherine founded The Christian Revival Society, where they worked diligently to minister to the city’s outcasts and criminal element.  By 1878, the Society had grown substantially.  In order to better expand their activities it was reorganized along quasi-military lines and renamed the Salvation Army.

Booth spent the next thirty-four years of his life expanding the Salvation Army, first throughout England, then around the world.  In 1879, Eliza Shirley, a Salvation Army Lieutenant from England, moved to America.  There she hosted the first Salvation Army meeting in Philadelphia.  The next year an official delegation arrived in New York, and the Salvation Army began its work in the United States. 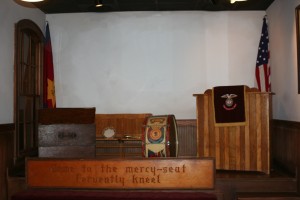 At first it met with opposition and ridicule, and a few members were even killed.  But the work caught on, and within a decade the Salvation Army was accepted and growing across the country.  In 1886 leaders were received at the White House, and since then the Salvation Army has occupied an honored place among America’s Christian missionary organizations.

The United States has the largest Salvation Army presence in the world.  For organizational purposes the Salvation Army U.S.A. was divided up into four primary territories: Eastern based in New York City, Central based in Chicago, Southern based in Atlanta and Western based in Los Angeles.  Each territory has a headquarters, and each headquarters has a museum.  The purpose of these museums is to share the history of the SA and encourage participation in its work.

All four Salvation Army museums have similar themes and exhibits, such as records and publications, newspapers, photographs, historic uniforms, awards and commendations, musical instruments and general memorabilia.  Each site also has exhibits honoring the territorial history and local leaders. 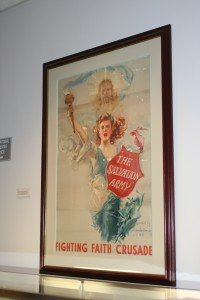 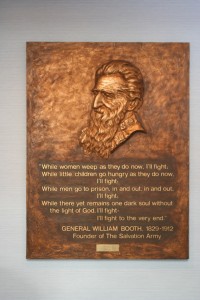 While each of America’s regional headquarters has a wonderful Salvation Army Museum, the ultimate in SA history can be found at the International Heritage Center in London.