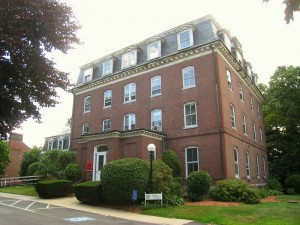 The Boston Theological Institute is possibly the largest religious education institution in the world.  Not itself a school, it is a consortium of ten of the most preeminent theology colleges and departments in the United States.  Some of the oldest divinity schools in the country are part of BTI, including the oldest, Andover Newton Theological School.  Its membership spans the entire Judeo-Christian spectrum, including Protestant, Catholic, Orthodox and Jewish schools.  Collectively they are one of America’s most significant religious sites, and many feature worthwhile museums and exhibits as well.

Boston’s dominance as America’s preeminent theological center began in 1807, when Calivinist Christians left Harvard College to found Andover Theological Seminary.  This early split was due in part to dissatisfaction with the relatively liberal teachings at Harvard.  Andover was thus the first exclusively religious college in the United States, and the first to offer graduate degrees.  In response, Harvard formally established the Harvard Divinity School in 1816 as an alternative for theological training. 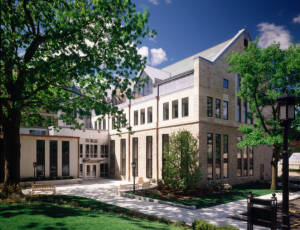 Throughout the first half the 19th century, Boston continued to grow as a center for Protestant colleges, adding the Newton Theological Institute in 1825 and the Boston University School of Methodism in 1839.  The former later merged with Andover to become Andover Newton; and the latter was the first Methodist seminary to be established in the United States.  These were joined by the Episcopal Divinity School in 1867, and by the forerunner of the Gordon-Cornwell Theological Seminary in 1888.

In the mid-19th century, Roman Catholicism started to become a major part of the fabric of Boston.  Catholic schools were established at Boston College in 1863 and St. John’s Seminary in 1884.  These were joined in 1922 by the Boston College School of Theology and Ministry.  As the 20th century dawned other religious groups became established in Boston, and seminaries soon followed.  In 1921 Hebrew College was founded, followed by Holy Cross Greek Orthodox School of Theology in 1937. 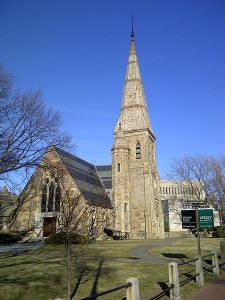 Since the early 1800s, Boston has been unrivaled as America’s center for theological studies and training.  Despite the range of backgrounds and historic rivalries, Boston’s religious schools and seminaries had a long history of cooperation and sharing of facilities.  In 1968, this cooperation was formalized by the creation of the Boston Theological Institute.  The BTI, possibly the largest consortium of religious schools in the world, is now one of America’s most important religious education institutions.

The schools of the Boston Theological Institute are famous for their numerous beautiful chapels and nationally renowned libraries.  Virtually all of the colleges boast at least one chapel or church.  Among the standouts are the absolutely magnificent St. Mary’s Chapel of Boston College and the St. John’s Seminary Chapel, both Catholic.  St. John’s Chapel of Episcopal Divinity School is perhaps more traditional but no less magnificent.  Other close runner-up sites are Marsh Chapel of Boston University and the Holy Cross Chapel of the Holy Cross Greek Orthodox Seminary.

The main purpose of the Boston Theological Institute is to share resources among its members, most notably access to their various library systems.  While all of the schools have excellent libraries, the best known by far is the Andover-Harvard Theological Library.  Established in 1836 when the libraries of the Andover Theological Seminary and Harvard Divinity School were combined, Andover-Harvard is one of the largest and most important theological libraries in the world.  Located on the campus of Harvard University, its collection of half a million volumes includes thirty thousand rare books and nearly two-dozen volumes more than five hundred years old.

The schools of the Boston Theological Institute are scattered throughout the Boston area.  The largest concentration is in the Newton area west of Boston, near the headquarters of the BTI.  These include the Andover-Newton Theological School, Boston College School of Theology, Hebrew College and St. John’s Seminary.  The city of Boston is home to Boston University School of Theology, Gordon-Conwell Theological Seminary and Holy Cross Greek Orthodox School of Theology.  North of the Charles River, Harvard Divinity School and Episcopal Divinity School can be found in Cambridge.  Web: www.bostontheological/org (official website); www.hds.harvard.edu/library (official website of the Andover-Harvard Theological Library).

For one of the most traditional religious institutional sites in Boston, try Andover Hall at the Harvard Divinity School, which hearkens back to the traditional school buildings of Merry Old England.