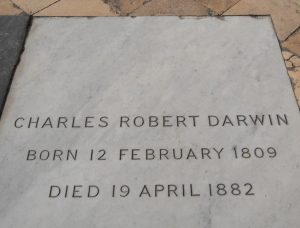 At the height of the Middle Ages in Europe, virtually all scientific knowledge was rooted in the ancient writings of the Greeks and Romans, subject to the teachings of the Bible. The handful of people who sought to pursue scientific knowledge at this time generally could only do so with the support, and scrutiny, of the Roman Catholic Church.  However, with the emergence of Europe’s first universities in the 11th and 12th centuries, religious dogma’s domination of science began to erode.  The Renaissance and Age of Enlightenment witnessed ever increasing challenges to Biblically based scientific authority.  But such challenges did not go unanswered.  Many scientists put their careers, and sometimes their lives, on the line in order to discover the truth.  Following are seven scientists who challenged the Christian theology, and where pilgrims can go to pay their respects.

Mondino de Luzzi was an Italian physician who ushered in the beginnings of modern medicine in the waning years of the Late Middle Ages. Active in a time where medical practices were tightly regulated or at least scrutinized by the Catholic Church, de Luzzi was among the first European doctors since the collapse of the Roman Empire to seriously pursue the study of anatomy.  In 1315, he performed the first recorded public dissection of a corpse, a practice highly frowned upon by the Catholic Church.  This surgery, and others, led to one of the most influential books in medieval medicine: the Anathomia Corporis Humani, which became a standard resource for doctors for the next two centuries.

The gravestone of Mondino de Luzzi, formerly located in a now retired cemetery, is embedded in the wall of the Church of Saints Vitale and Agricola in Bologna, Italy.  His statue is on display in the Palazzo dell’Archicinnasio.

Nicolaus Copernicus was a Renaissance-era mathematician and scientist who has been hailed as the “Father of Modern Astronomy”. A highly educated man, he travelled and studied all over Europe, ultimately settling in the city of Frombork.  There he postulate the theory of Heliocentrism, in which Earth revolves around the Sun (rather than the other way around).  This idea, published in 1543 in his famous work De Revolutionibus Orbium Coelestium, directly challenged the teachings of the Book of Genesis.   Copernicus died shortly after its publication, perhaps saving him from years of persecution by the Church.  However, his ideas went on to trouble many of his successors over the next century.

Copernicus was buried beneath Frombork Cathedral in Frombork, Poland, though his remains were lost for centuries until rediscovered in 2008.  The Copernicus Tower in Frombork, where he did much of his research, is actually a post-World War II reconstruction.  The last known first edition copy of his book is kept at the Archives of the University of Santo Thomas in Manila, Philippines.

Galileo Galilei has generally been acclaimed as one of the greatest scientists of all time. Indeed, for many he holds the moniker “Father of Modern Science”.  Of the many academics who have challenged (deliberately or inadvertently) Christian theology over the decades, few have raised the ire of the Church as much as Galileo.  While developing pioneering theories of physics, he confirmed and became a defender of Heliocentrism.  Unlike in Copernicus’ day, however, the Roman Catholic Church was fully on the defensive against the Reformation.  Any challenge to Catholic doctrine was seen as a threat, and as a result of his publication Dialogue Concerning The Two Chief World Systems he was forced to stand trial before the Roman Inquisition.  He spent the last decade of his life under house arrest, and was not fully vindicated until the 19th century.

The tomb of Galileo, once relegated to a forgotten corner of the Basilica of Santa Croce in Florence, Italy, is now a magnificent, prominently placed marble monument.  The middle finger of his right hand is on display in the Galileo Museum in Florence.  A famous statue of Galileo can be seen at the Uffizi Gallery.

Rene Descartes, one of the great intellectual figures of Europe in the 17th century, was a predecessor to many of the great thinkers that would soon emerge in the Age of Enlightenment.  He is regarded by many to be the “Father of Modern Philosophy”, and it was in this arena, and the arena of psychology, that Descartes would challenge Church teachings.  Descartes, in his Meditations on First Philosophy, effectively challenged the Roman Catholic Church on all of its scientific authority (as well as all religious authority in general).  He championed the idea of rational thought over religious superstition, an idea that, in the wake of the Reformation (which had destroyed the Church’s temporal power in much of Europe), the Church had little ability to challenge further.

After dying under mysterious circumstances in Sweden, Descartes body was moved several times, ultimately being buried in the Abbey of Saint-Germain-des-Pres in Paris, France.  His skull is on display at the Musee de l’Homme in Pairs.

Isaac Newton is counted among the greatest scientists in history, and one of the key figures of the beginning of the Age of Enlightenment. Known primarily for his contributions to physics, it was Newton who first postulated the concepts and laws that governed certain forces, most notably gravity.  Although the power of the organized religion was fast waning by his time, books such as his Philosophiae Naturalis Principia Mathematica still challenged what was left of traditional Church science.  Whatever shred of religious belief remained in the idea of a ‘Flat Earth’, which had largely been debunked by the voyage of Magellan, was finally put to rest by Newton’s conclusions on gravity.  By the time of his death, virtually all opposition to modern astronomy and physics by any of the Christian denominations was effectively over.

Newton died an academic hero and a knight of the British Empire. He is buried in a monumental tomb in Westminster Abbey in London.  A descendent of the famous apple tree, which inspired his earliest thoughts on gravity, can be found at the botanical garden at Cambridge University.  A first edition copy of his book is kept at the British Library.

James Hutton was one of the first major naturalists to turn his attention to the study of the history of the Earth. Regarded by many to be the “Father of Modern Geology”, his work in Scotland led to many new ideas about the creation, age and ongoing transformation of the Earth.  He was among the first scientists to reject the Biblical notion that the Earth was only a few thousand years old, insisting instead that not only was it much older, but that it was geologically in a state of constant change.  This idea, as outlined in his book Theory of the Earth, has become a major source of contention between scientists and religious fundamentalists, a debate which has continued to the present day.

Hutton went on to become a founding member of the Royal Society of Scotland.  He is buried in a simple tomb in the Greyfriars Kirkyard in Edinburg, Scotland.  Just outside of Edinburg is a great rocky formation known as the Salisbury Crags which Hutton spent many years studying.

Charles Darwin was the great scientist and naturalist who is most closely associated with the famous Theory of Evolution. Though he himself did not originate the idea, it was Darwin work, largely espoused in his book On The Origin of Species, that defined the science as it exists today.  It also marked a new phase in the clash between Science and Christianity.  Largely waged by Protestants, this battle continues to be fought out nearly a century and a half later (in tandem with related arguments regarding the Age of the Earth).  While almost universally accepted by the world’s scientific community, as well as an ever growing proportion of the population, vigorous opposition to Evolution, especially among Evangelical Christians, continues to exist.

Like most of the great scientists of his age, Darwin is buried in Westminster Abbey under a prominently placed but very modest marble marker.  A replica of the HMS Beagle, the ship which took Darwin to the Galapagos Islands, is on display at the Nao Victoria Museum in Punta Arenas, Chile.