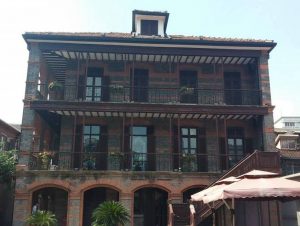 The Jewish Diaspora, in which the ancient inhabitants of Israel slowly spread to the four corners of the Earth, is one of the great epic stories of world history. From the most humble beginning of a tiny enclave in ancient Canaan, the Jews spread across the Eastern Mediterranean and the Middle East; thence to Europe and Central Asia; and finally across the globe.  Of all the episodes of the Diaspora, few are as unlikely, or as fascinating, as that of the Jews of Shanghai. 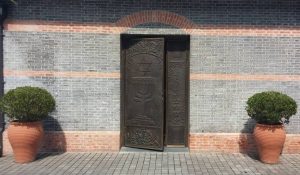 There has been a Jewish presence in China since at least the 8th century AD (possibly earlier).  One of the Far East’s most enduring Jewish communities can still be found in the city of Kaifeng.  A few Jews began arriving in China’s port cities such as Hong Kong and Shanghai in the late 19th and early 20th centuries.  That number grew significantly in the 1930s with the coming to power of Hitler in Germany. 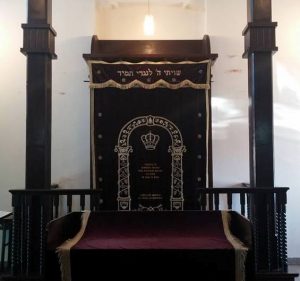 After the electoral victory of the Nazis in 1933, Jews all over Central Europe began to look abroad for places of safety; and it was just at this same time the nations all over the world began slamming the door on Jewish refugees. There was one noteworthy and unusual exception: China. 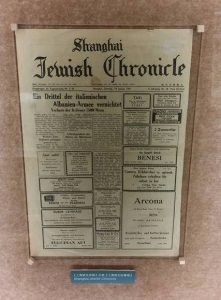 By 1937 China and Japan had been at war for several years. Shanghai, though surrounded by territory occupied by Japan, received a special status under an International Settlement which essentially allowed the European-dominated city to be left alone (Japan was not then at war with any European powers).  Interestingly, this settlement allowed westerners, including Jews, to enter and settle in Shanghai without a visa.  Between 1937 and the outbreak of the war in Europe in 1939, somewhere around twenty five thousand Jews fled to Shanghai. 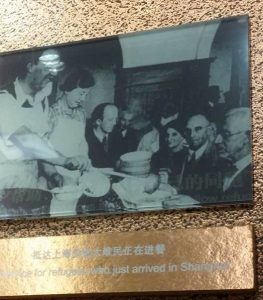 Even after war broke out between Japan and the Allies and Shanghai was occupied, the Jews were generally left alone, though living conditions became much harsher. Thanks to the Japanese forbearance, even in the face of Nazi pressure, most of the Shanghai Jews survived the war.  A few years later, with the Communist takeover of China and the founding of Israel, virtually all of the surviving Jews emigrated to Israel.  Thus ended the brief but inspirational story of the Shanghai Jews. 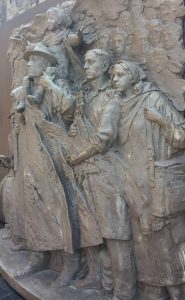 Beginning in the 1990s, with relations between Israel and China improving, the story of the Jews of Shanghai has become of increasing interest to Jews and other Westerners visiting Shanghai. Some of the old Jewish quarter survived the war and is now preserved in an historic district of sorts.  This includes the district’s two surviving synagogues: Ohel Rachel, and Ohel Moshe. 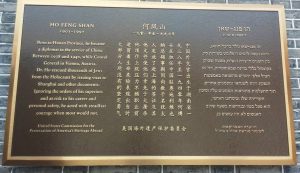 Today the Ohel Moshe Synagogue houses the Shanghai Jewish Refugees Museum, and is the central place of interest for those visiting the Jewish ghetto. Opened in 2007, exactly one century after the first Jewish congregation was founded in the city, the museum has exhibits documenting the history of the Jews in Shanghai, including a modest collection of personal items and photographs from those who lived here.  A monument outside of the museum is inscribed with the names of nearly fourteen thousand Jewish refugees (a little over half of all who came through) who made Shanghai their home in the 1930s and 40s.