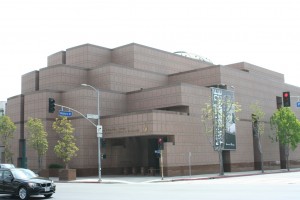 In the aftermath of World War II, when the full extent of the Holocaust became known, an immense effort was made by the Allies and governments all over Europe to bring the perpetrators to justice.  These early manhunts and prosecutions peaked at the Nuremburg Trials, when most of the major surviving Nazi figures were tried and, in many cases, executed.  However, when war crimes prosecutions got bogged down during the Cold War, one man, Simon Wiesenthal, took on the burden himself.  A holocaust survivor, Wiesenthal spent the rest of his life personally hunting down hundreds of Nazi war criminals.  In 1977 he founded the Simon Wiesenthal Center as a means to continue the fight against Anti-Semitism.  His efforts and legacy have made him one of the great Jewish heroes of the 20th century.

Simon Wiesenthal was a Ukrainian Jew born in 1908.  Growing up in Eastern Europe during World War I and the interwar years, Wiesenthal’s family moved numerous times.  Eventually he settled in Lvov in Poland, where he worked as an engineer.  Unfortunately, this put him right on the front line when World War II started.  In September 1939, shortly after Hitler invaded from the west, the Soviets invaded from the east, taking Lvov inside their zone of control.  Wiesenthal spent the next two years in forced labor at a Soviet factory.  Sadly, that fate was better than the one which was to come. 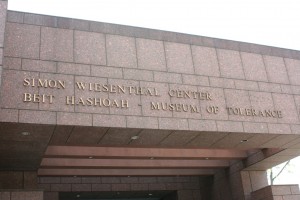 When Germany invaded the Soviet Union in 1941, Simon Wiesenthal and all of his family quickly fell into Nazi-occupied territory, along with millions of fellow Jews.  He spent the next four years living in the shadow of Hitler’s genocidal policies.  One by one every member of his family was killed except his wife.  He himself was nearly killed on numerous occasions, including two suicide attempts.  After internment in more than ten different concentration camps, he was at last liberated, and miraculously reunited with his wife, one of the very few such stories of the Holocaust which end in such a reunion.

After the war, Simon Wiesenthal worked with the American army and various liberated government agencies in gathering up information for the prosecution of war crimes.  He helped to set up the Jewish Documentation Center in Austria where he worked for a few years until interest in pursuing escaped Nazis waned.  When the center was closed, Wiesenthal decided that his work was not yet done, and taking the file on Adolf Eichmann, one of the architects of the Holocaust who had managed to escape, hunted him down.  After an incredible effort, Wiesenthal found Eichmann in Argentina and brought him back to Israel where he was tried and executed.  This was the first of several hundred Nazi criminals that Wiesenthal and his associates eventually brought to justice. 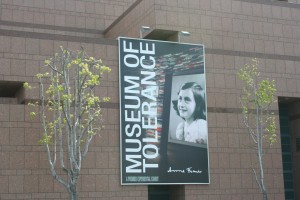 Simon Wiesenthal dedicated the rest of his life to fighting Anti-Semitism and tracking down every perpetrator of the Holocaust that he could find.  He opened the Simon Wiesenthal Center in the 1970s to further these ends.  Wiesenthal pursued justice well into his nineties, and he was apparently still working on several open cases at the time of his death in 2005.  Wiesenthal was survived by the organization that bears his name, and which is considered one of the most important and successful Jewish educational and justice organizations in the world.

The Simon Wiesenthal Center in Los Angeles, California is actually the world headquarters of the organization, with several other locations around the world.  It is home to the head office, as well as to the Simon Wiesenthal Center’s archives and library.  From a visitor perspective, the most important component, and the most visited, is the center’s Museum of Tolerance. 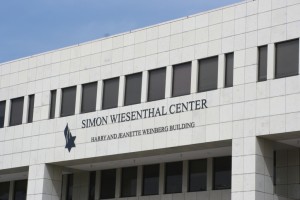 The Museum of Tolerance is dedicated to education about prejudice in all of its forms, but in Anti-Semitism and the Holocaust in particular.  The particularly poignant Holocaust Section features a large selection of artifacts and testimonials that highlight the horrors of the genocide perpetrated by the Nazis during World War II.

The Simon Wiesenthal Center is located on the west side of Los Angeles a few blocks south of downtown Beverly Hills.  The center’s Museum of Tolerance is open daily from 10:00am-5:00 pm (earlier on Fridays; closed on Saturdays and major holidays).  Admission is $15.00 for adults, $11.00 for children.  Web: http://www.wiesenthal.com/ (official website)

The Simon Wiesenthal Center has offices in New York, Miami, Toronto, Buenos Aires, Paris and Jerusalem.  Most of these locations maintain visitor facilities and museums, including the New York Tolerance Center in New York City and the Center for Human Dignity in Jerusalem.  Simon Wiesenthal’s Gravesite is located in Herzliya, Israel.