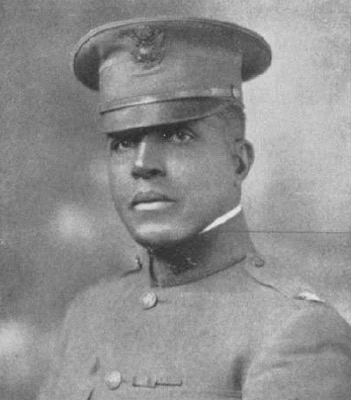 The story of African Americans serving in the military is a long and historic one.  African Americans have fought in every American war since the Revolution, with huge numbers fighting for the Union during the Civil War.  Among America’s most storied military units are the Buffalo Soldiers, who served on the frontier and in the Spanish American War, and the Tuskegee Airman, who served with great distinction in World War II.  Monuments and museums honoring African Americans in the military can be found across the United States.  Here are six of the best:

The African American Military History Museum in Hattiesburg is one of the only institutions of its kind in the United States.  Built in a former USO facility, this museum has exhibits on the entire history of the African American military experience, from the Revolution to the War on Terror.  Badly damaged by a tornado in 2013, the museum has recently reopened with beautifully restored exhibits that tell an important story.

The museum itself is in an historic building.  Built in 1942, it housed a USO club for use by African American soldiers.  Relatively few such clubs were built for non-whites, and fewer have survived to the present day.  There are exhibits on the USO in the lobby, and former rooms of the USO club now host nearly a dozen galleries of exhibits.

The African American Military History Museum has several excellent exhibits.  Probably the most important and interesting are those on the Buffalo Soldiers who served on the American frontier, African-American soldiers in World War II, and the Desegregation of the military in the 1940s.  There is also a Hall of Honor which commemorates African American soldiers from the local area that have served and sacrificed for their country.

The Massachusetts 54th Regiment Memorial, full name the Memorial to Robert Gould Shaw and the Massachusetts 54th Regiment, honors the formation and accomplishments of the first all-black regiment to serve in the United States Army.  The 54th was formed in 1863 under the command of Robert Shaw and was active until the end of the war.  They are perhaps most famous for their assault on Fort Wagner, as depicted in the 1989 film Glory.

Formed in early 1863, the 54th entered service in May, and by July were deployed to South Carolina.  They fought in several minor engagements early in the month, and were instrumental in stopping a Confederate advance at the Battle of Grimball’s Landing.  Their most famous moment came on July 18, 1863 at the Battle of Fort Wagner.  The 54th led the main assault on the fort, nearly carrying the day.  Although they were eventually driven back with heavy losses, word of their bravery and heroics reached Washington and encouraged Lincoln to increase the army’s recruitment efforts among African Americans.

The Massachusetts 54th Regiment Memorial was dedicated in 1897.  It depicts Colonel Shaw on horseback riding alongside soldiers of the regiment on the march.  Originally intended to be set up in South Carolina, it was instead erected in Boston where the regiment was formed.  It is now on display on the Boston Commons.

The Battle of Rhode Island was one of the last major engagements of the American Revolution to take place in New England.  Considered a tactical draw with a minor advantage for the British, the battle was perhaps most famous due to the fact that it was here for the first time that soldiers of African ancestry fought for the American army.  The 1st Rhode Island Regiment, more than half of which was composed of black soldiers, has been honored for playing a distinguished role in the battle.

In the summer of 1778 the Americans and French set out to lay siege to the city of Newport.  However, the French navy, which was critical to the battle plan, was delayed by a storm, and the Americans were forced to fall back.  Pursued by a British army, the American were forced to fend off several assaults, with the 1st Rhode Island Regiment playing a crucial role.  The bravery of the African American soldiers allowed the Americans to retreat in good order, and they were later praised by French commander Lafayette for their heroic actions.

Patriot’s Park incorporates much of the area in which the engagement took place, including Butts Hill and Turkey Hill.  The former still has intact earthworks which were used by the Americans at the battle.  A large stone monument honors those from Rhode Island who were killed in the engagement.  There is also a monument specifically commemorating the contribution of the African American soldiers who fought here.

The Charles Young Buffalo Soldiers Monument is named for Charles Young, a soldier in the United States Army who had what was arguably the most distinguished military career for any African American prior to World War II.  Born a child of slaves in Kentucky in 1864, he ultimately rose to the rank of Lieutenant Colonel, and might have risen higher had it not been for the prejudices in the military that was common at the time.

Young was among the first African Americans to attend West Point.   His main service after graduation was in the cavalry, notably with the famous Buffalo Soldiers.  He fought in the Spanish-American War and for a time served in a senior position with the National Park Service.  Young was forced into retirement when the United States entered World War I due to concerns among white officers that he would be promoted to the rank of General.  He died in 1922 and is buried at Arlington National Cemetery.

The Charles Young Buffalo Soldiers National Monument is located at Young’s former home in Ohio.  The house, which dates from the 1830s, may have been used to hide escaped slaves along the Underground Railroad.  It is now operated as a museum, with exhibits on his life and on the Buffalo Soldiers cavalry units with which he served for much of his career.

The regiments that comprised the force known as the Buffalo Soldiers are among the most storied fighting units of the United States Army.  Formed in the years after the Civil War, these regiments consisted entirely of African American infantry and cavalrymen who distinguished themselves in almost all of America’s major foreign conflicts from the Spanish-American War through World War II.  They were also very active on the frontier in the late 19th and early 20th centuries.

The first Buffalo Soldier regiment, the 10th Cavalry, was formed at Fort Leavenworth in 1866.  They were later followed by four infantry regiments and an additional cavalry regiment.  For nearly a century these soldiers served with bravery and distinction, all while enduring segregation, racism and discrimination.  Over two dozen Buffalo Soldiers went on to receive Congressional Medals of Honor during their active years, which ended in 1951.   The Buffalo Soldiers National Museum was established in Houston, Texas in 2001.

The Buffalo Soldiers National Museum is housed in the former Houston Light Guard Armory.  It is home to a diverse collection of artifacts and gear from virtually every period that the Buffalo Soldier regiments were active, notably the two World Wars.  There are also special exhibits on African American soldiers who served in the Civil War prior to the formation of the Buffalo Soldier units, and the Vietnam War after they were disbanded.

The Tuskegee Airmen were among the most storied military aviators of World War II.  Based in Tuskegee, Alabama, this squadron of African-American pilots overcame an historic barrier that helped to pave the way for the desegregation of the armed forced in the postwar era.  The field and facilities where the first squadron was formed and trained is now home to a museum honoring their achievements.

Although the army air corps had existed since World War I, African Americans were barred from participating in military aviation until 1941.  In that year a number of African-Americans began to train in various capacities at Moton Field in what became known as the Tuskegee Experiment.  Hundreds of African American pilots trained at Tuskegee went on to become distinguished combat fliers in World War II.  The base was closed and the airstrip turned over to civilian control in 1946.

Tuskegee Airman National Historic Site is located at Moton Field, which still operates as a civilian airport.  The museum is located in Hangar One where the original Tuskegee Airmen training took place.  Several training and combat planes used by the squadron are on display here, as well as artifacts and photographs from the time that Moton was an active military airfield.