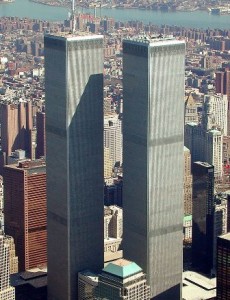 I grew up in and around New York City.  In my youth I lived in Northern New Jersey, Queens, Westchester, and after college I even spent a few years in the heart of the Big Apple itself, Manhattan.  Growing up this meant many trips in to one of the greatest cities on Earth, and access to some of America’s best historic sites, neighborhoods, restaurants, shopping, sports teams, museums and culture.  I remember really well how gritty some areas were in the 1970s and 1980s, and the phenomenal transformation that took place in the 1990s and after.

But with New York’s amazing renaissance came some really sad losses, from some of the city’s greatest institutions to its overall character.  While I really don’t miss the grit (I know some old timers pine for the old less-than-savory neighborhoods), I equally don’t like the increasingly sterile feel of New York, and the fact that all of the people that once made the city so great are increasingly being driven out by its unaffordability.  So here is a nostalgic New Yorker emeritus’ look at some of the city’s saddest losses.

Okay, this one is something of a mixed bag.  For anyone who remembers what a dump Times Square was in the 1970s, its transformation has been nothing short of amazing (and I would not want to turn back the clock).  Turning this traffic nightmare into a pedestrian zone has really helped as well.  The problem is that the character of the neighborhood seems wrong now.  While I don’t want a return to the days of the pushers and prostitutes, the gangs of aggressive costumed characters are not much better.  And I really miss the old Nathan’s Hot Dog joint.

The area around Times Square is the world’s most famous live theater district, home to New York’s playwright and composer luminaries for well over a century.  But in the 1990s, the Walt Disney company began producing musicals here (Beauty and the Beast and The Lion King), setting off an era where independent talent and innovative artistic ideas have slowly been pushed aside in favor of strongly branded, homogenized plays and musicals typically based on pre-existing material.

New York City is home to some of the most storied teams in professional sports, and until early 21st century they had the historic stadiums to match.  But by the year 2000 all of the city’s major stadiums were slated to be replaced: Shea Stadium (replaced by Citi Field) and Yankee Stadium in 2009, and Giants Stadium (replaced by MetLife Stadium) in 2010.  Many local sports fans lament the loss of the older sports venues, especially Yankee Stadium, in favor of new venues which many decry as being poorly designed and which cater almost exclusively to wealthy spectators.

One of the few New York institutions that has remained little changed over the last few decades is the city’s magnificent museums.  The major exception to this is the American Museum of Natural History, inspiration for the film A Night at the Museum, which has been systematically updating its exhibits and galleries since the 1990s.  While the changes are not necessarily bad, the character of the museum has most definitely changed, and it’s a much more sterile experience than it used to be.  I kind of also miss the old Hayden Planetarium as well as the old tin buttons that donors had to wear while walking around the museum.  Thankfully these are still available at the Met.

Actually, the U.N. General Assembly Building is still around, and it is just as busy and as ineffective as ever.  There is one big difference, however.  Until 2001, this monument to the dreams and hopes of man was on a great, open plaza, where any citizen of a member nation could walk off the street, enter the complex (with only a brief metal-detector check) and watch the General Assembly in action.  Now, it is a bristling fortress.  Once surrounded only by magnificent sculptures donated from around the world, the building is now surrounded by walls, fences, and multiple layers of security.

New York City is the birthplace of the skyscraper.  Although it now has many major rivals, especially in the Far East, few other cities do skyscrapers like New York does.  That said, the New York City skyline was still relatively uncrowded as recently as the year 2000.  If you went to the top of almost any skyscraper (my favorite being the Marriott Marquis in Times Square), you had a relatively decent view of the city.  Now Midtown is so jam packed with tall buildings its almost impossible to see anything that’s not immediately across the street.

New York has always been one of the world’s greatest shopping cities.  But as commercial rents have skyrocketed in the last few years, two institutions are disappearing: institutional specialty retail and bargain stores.  This is especially true along major tourism drags like Fifth Avenue.  Among the many victims in recent years are FAO Schwarz (1862-2015) and Steinway & Sons (1853-2014).  Even more recent retailers like the flagship Disney Store on Fifth Avenue and the Toys R Us in Times Square, both of which were always jam packed with shoppers, have amazingly succumbed to the high rents.

The flagship of the Macy’s Department Store chain, located in Herald Square, is arguably New York’s most famous retail institution.  It has been around since 1902, and is a National Historic Landmark.  One of the store’s oldest and most famous departments is “The Cellar”, which in addition to selling kitchenware has also served as the city’s premier specialty food store for decades.  But a remodel in the early 2000s turned this once beautiful shopping venue into a sterilized, bland underground vault selling run of the mill grocery store items.

New York City is packed with fantastic restaurants.  Unfortunately, as with retail, many of the city’s most historic eateries are now a thing of the past.  Setting aside Windows on the World (which was destroyed on 9/11), recent victims include the Stage Deli, Café Mozart, H&H Bagels, Original Rays Pizza and even the Café des Artistes.  Other historic restaurants have barely survived, including Wolf’s Deli, which was forced to move to a new location, and Tavern on the Green, which was closed for a while due to bankruptcy and only recently reopened.

Okay, I admit that this one is a personal nostalgic pet-peeve, but I really miss the old token system.  From the early days of the subway until 2003, entrance to the New York City subway system required the use of a token.  In 1993, the system also began to accept the first MetroCards.  After ten years, the MetroCards became exclusive, and the token machines were removed permanently.

When it comes to the holiday season, nobody does things like New York.  From the Macy’s Thanksgiving Day Parade to Times Square on New Year’s Eve, you can’t find a better place to visit during the month of December.  Unfortunately, too many people know this now, and the city has become outrageously crowded throughout the season.  Even the minor events that used to be relatively low-key affairs (like the lighting of the Rockefeller Center Christmas Tree or the inflating of the Macy’s Parade balloons) have been promoted beyond recognition.  While I’m happy for the retailers who benefit, I think its going to be a while before I dare the NYC holiday season again.