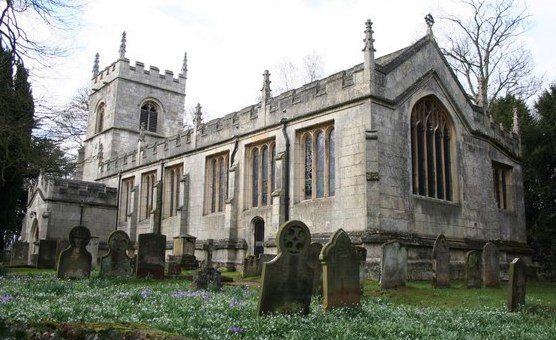 Thanksgiving is almost upon us, with this year marking the 399th anniversary of the arrival of the Pilgrim Fathers at what is now Plymouth, Massachusetts.  2020 will mark four centuries of the American experience, at least as counted since the founding of the Plymouth colony.  In anticipation of this, major events are being planned for next year across the United States, especially in New England.  But unknown to many Americans, celebrations are also being planned in Old England as well.  Over the next twelve months, England will be welcoming visitors from across the pond, making pilgrimages to see where the pilgrims came from.  One organization helping to plan the coming anniversary is Mayflower 400 (www.mayflower400uk.com).  However, for those of you who want to freestyle it, here are five great Thanksgiving sites to see in England:

The story of the Pilgrim Fathers can be traced back more than thirty years prior to their departure on the Mayflower.  It was in Babworth, England that the first stirrings of the congregation that would later head to the New World began to form around 1586.  In that year Richard Clyfton, the local minister at All Saints’ Church, became a Separatist.  Other members of that early group included William Bradford (the first governor of Massachusetts) and William Brewster.

All Saints’ Church was continued to be used by these early Separatists until 1604, at which time Clyfton was removed from his ministry in the Church of England.  After this the congregation relocated to nearby Scrooby.  The church, which was originally constructed in the 15th century, was renovated in the 19th century and is still in use.

At some point in the early 1600s, probably 1604, the Babworth Separatists began holding meetings in nearby Scrooby.  By 1606 the group had largely relocated here.  Meetings were held in what is now known as the Scrooby Manor House.  This residence was the home of William Brewster at the time.  Brewster would later go on to become the spiritual leader of the congregation.

Scrooby Manor was used as the meeting place of the Separatists sometime around 1609, at which time the congregation, threatened with persecution, relocated to the safety of Holland.  The house itself continued to be used as a residence for public officials and important community leaders.  As of the time of this writing it was undergoing renovations in anticipation of the Mayflower anniversary.

After spending a little over a decade in the Netherlands, the Pilgrim Father’s decided a more drastic relocation was needed.  Religious war was breaking out all over the continent, so the Separatists turned their attention to the Americas.  Embarking on the Speedwell, they returned to the English port of Southampton, and from there set sail for the New World.

Joined by another ship, the Mayflower, and additional passengers, the colonists departed from Southampton in early August of 1620, though this would not be their last stop in England.  The event is commemorated by the Mayflower Pilgrims Memorial, a stone monument near the port.  There are also exhibits on the Pilgrims at several city venues, including the SeaCity Museum.

After departing Southampton, the Pilgrim expedition did not get far before problems with the Speedwell necessitated a stop in the port of Plymouth.  After making repairs, the two ships set sail again.  But again the Speedwell had problems, and ultimately failed to make the voyage.  The Mayflower finally got underway by itself in early September.

Although there is some question as to whether or not Plymouth was in fact the final stop of the Mayflower in the Old World, the tradition is very strong that it was.  This is supported by the fact that the Pilgrims themselves named their first home in the New World the Plymouth Bay Colony.  According to tradition, the Mayflower Steps in Plymouth are the location from which the Pilgrims boarded the Mayflower.

The Harwich Mayflower Heritage Center is home to the Harwich Mayflower Project, an effort to reconstruct a workable replica of the Mayflower.  The project was launched in 2009, with the hopes that the ship would not only be completed, but that it would sail in a recreation voyage across the Atlantic from England to Massachusetts.  As of this time it is not expected that this voyage will take place in 2020, if ever.

However, in 2017 the heritage center was opened to celebrate the Mayflower and its voyage.  There are exhibits on the construction of the original ship, as well as its voyage.  As of the time of this writing it was uncertain if and when the replica of the Mayflower will be completed, and whether or not it will be seaworthy or just a permanent display.

Pilgrim Fathers Memorial (Boston, England) – In 1607, some of the Separatists made an initial attempt to relocate to Holland.  They were caught, however, and imprisoned in Boston for several weeks before having to return to Scrooby.  The event is commemorated with a stone monument in Boston.

Pilgrim Memorial (Immingham, England) – In 1609, when the Separatists were in the process of fleeing England, their ship was forced to dock here due to bad weather.  Some of the Separatists were detained here for a short time before continuing on to Holland.  The event is commemorated with a stone monument in Immingham.

Leiden American Pilgrim Museum & St. Peter’s Church (Leiden, Netherlands) – From around 1609 until 1620, the Separatists resided in the Netherlands, where they enjoyed reasonable religious freedom.  However, so did many other groups, and the congregation eventually decided they needed to get away from ‘bad’ influences.  The Separatists worshipped at St. Peter’s Church, and a small museum documents the history of the congregation in Leiden.

For more information on visiting England’s Pilgrim sites, and on the upcoming anniversary, please visit the following websites: