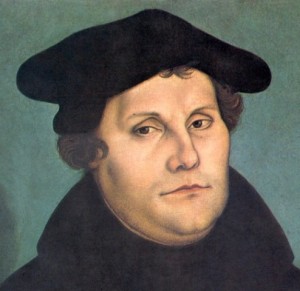 Earlier this month, the Faith Travel Association (FTA www.faithtravelassociation.com) hosted its second annual conference as part of the larger National Tour Association (NTA) convention in Atlanta, Georgia. Religious travel professionals, who organize everything from church retreats to missionary trips to religious pilgrimages, came to share their common passion for faith based travel.

Among the attendees were travel and tour companies from all over the United States, Europe and the Middle East, representing every imaginable place of religious interest from the ancient holy sites of Israel in the east to the Spanish missions of California in the west. But one destination was unquestionably the hottest topic of the conference.

On October 31, 2017, Protestants around the world will be celebrating the 500th anniversary of Martin Luther nailing his ’95 Theses’ to the door of the castle church in Wittenberg, Germany.  This document, outlining grievances against the Roman Catholic Church, effectively launched the Protestant Reformation, one of the most important events in western history.

The Wittenberg Castle Church (also known as All Saints Church and the Reformation Memorial Church) is arguably the most important Protestant-specific pilgrimage destination in the world. Hundreds of thousands of visitors come to Wittenberg every year to see the Theses Doors and pay their respects at the tomb of Martin Luther.  That number is expected to skyrocket in 2017.

With this anniversary a little more than a year and half away, companies offering tours of pilgrimage destinations in Germany and Central Europe are preparing for an influx of visitors, and not just to Wittenberg.   Among the other important Luther cities are Eisleben, where Luther was born in 1483; Eisenach, where Luther remained in hiding in Wartburg Castle in the early 1520s; and Worms, the location of the famous Diet, or council, where Luther was forced to defend his views before an assembly of the Roman Catholic Church in 1521.

The Complete Pilgrim talked to a number of vendors that organize religious tours to Europe at the Faith Travel Association conference. Paul Larsen, president of Ed-Ventures Travel (pcl@ed-ventures.com), said “A visit to Luther country brings Protestant heritage to life.  One can reflect back on five hundred years of history and the impact a seemingly insignificant monk from a provincial town has made on the world.  Travelers are already preparing for and looking forward to this inspirational journey”.

Greg Hinman, a business development manager for Group Voyagers, Inc. (a Globus Family affiliate ghinman@globusfamily.com), talked about the upcoming travel season to Germany: “Globus is expecting an increase in churches wanting to experience the Reformation anniversary in 2017.  Bookings for the European Reformation Tour in 2017 are up 45%.  We are seeing a substantial increase in pastors organizing church groups around the anniversary.  Our tour that celebrates the anniversary on October 31 sold out immediately upon its release.”

Tommy Ryder, head of Kuoni Group Travel Experts (tommy.ryder@us.kuoni.com) followed up with The Complete Pilgrim after the conference, adding that “this event has enormous interest in the Americas market” and that Kuoni is anticipating an increase in German tourism “so that travelers can discover the history of the Reformation and explore the cultural impacts that it has left today.”

Other Religious Hotspots for the Coming Year

Jordan: With many of its neighbors in chaos and off-limits to visitors, Jordan is an oasis of calm eager to welcome the world to its magnificent historic sites. While the religious destinations of Syria and Iraq are clearly off limits for the foreseeable future, those of Jordan are wide open and busier than ever.  Visitors are flocking to see Mount Nebo, where Moses spent his last moments on Earth looking out across the Jordan to the Promised Land; to Bethany, where Jesus was baptized; to Al-Karak, one of the best preserved crusader castles in the Middle East; and to the magnificent city of Petra, which, in addition to its amazing ruins, is the site of a shrine that is believed to house the tomb of Aaron.  (FMI, contact Christine Moore, Jordan Tourism Board, christine@visitjordan.com)

Malta: This tiny island in the Mediterranean halfway between Italy and Tunisia is bursting at the seams with religious and historical sites. There are several churches dedicated to Paul, whose visit here in the 1st century is documented in the Book of Acts; as well as phenomenal crusader built fortifications around the city of Valletta.  Large crowds are anticipated in coming years, since Valletta was chosen as the European Capital of Culture in 2018.  (FMI, contact Michelle Buttigieg, Malta Tourism Authority, michelle-margaret.buttgieg@visitmalta.com)

Poland: The birth nation of one of the most popular and beloved popes of the last century, John Paul II, Poland is home to some of the most important places of Catholic interest in Eastern Europe. This is especially true in and around the historic city of Krakow.  Wawel Cathedral is one of the most important churches in Eastern Europe, and many of Poland’s kings are buried here.  The Jasna Gora Monastery in the town of Czestochowa is home to one of the world’s most important Marian shrines, while Wadowice, the birthplace of John Paul II, is a hugely popular local pilgrimage destination.  Thanks to its proximity to eastern Germany, where many of the Luther sites are concentrated, Poland may enjoy a spillover of religious pilgrims in 2017.  (FMI, contact Dorota Wanacka, GM Travel, dorota.wanacka@gmtravel.pl)

California: In the United States, California has enjoyed an upswing in interest in the state’s string of magnificent Spanish missions, thanks in part to the recent canonization of Father Junipero Serra in 2015. These missions, which can be found from San Diego to San Francisco, include some of the finest examples of religious architecture in the United States.  Ventura, sixty miles northwest of Los Angeles, is home to Old Mission San Buenaventura, the last to be established by Father Serra.  Ventura is becoming a popular base for exploring other missions along California’s Central Coast.  (FMI, contact Cheryl Bagby, Ventura Visitors & Convention Bureau, Cheryl@visitventuraca.com)