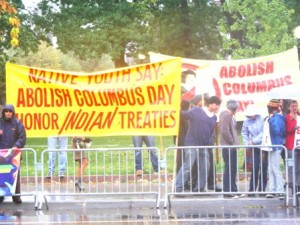 October is here (not that you would know it from the weather), and once again we are plunging headlong into the ever-lengthening holiday season. While I freely admit that I do love this time of year, I can’t help but think that  holidays are fundamentally different today than they were in the days of my increasingly distant youth.

There was a time when most holidays, both religious and secular, meant something; a time when important things were remembered and celebrated, or at least solemnly pondered for a little while. But most holidays are beginning to feel like relics, little more than excuses to go shopping.  In the United States, it seems that only a handful of holidays still retain any semblance of their original purpose.

To be fair, so many generations have passed since most of these holidays were established that it is understandable why they are increasingly underappreciated. Still, I find myself increasingly longing for the good old days, when holidays really meant something and always felt special.

Cynicism aside, there are still a few holidays where traditions are still strong, where the meaning hasn’t been utterly lost yet.

While the number of Christians who devoutly worship this week is way down from its heyday, it is still the most popular week of the year for church attendance in the United States, and is not generally used as an excuse by retailers for sales except for food and candy. It may be that a lack of days off for most people has actually contributed to the week’s feeling of sanctity.  Similarly Passover (usually the same week) is celebrated in a traditional manner by Jews everywhere.

Although specifically a sacred Jewish season, it is religiously observed by most Jews, even those who are not particularly observant, and there is no special retailing during this period.

This celebration of the arrival of the New Year still is what it has always been: a big party. After the insanity of the Christmas season, New Year’s is remains a comparatively non-retail-oriented festival.

In many ways, Independence Day is the last true national holiday (in the patriotic sense) that is still celebrated with any real sense of fervor. Retailing and sales are a popular pastime, but generally don’t overwhelm the original purpose of the celebration.

The national day of Thanksgiving, a combination of harvest festival and remembrance of the Puritan settlement of Massachusetts, is still about family and food. However, as the unofficial kickoff of the Christmas season, Thanksgiving has seriously been encroached upon in recent decades.  The day after Thanksgiving, nicknamed Black Friday, is now the biggest shopping day of the year.  Thanksgiving Day itself is frantically fighting off being Black Thursday.

This holiday, celebrating romance, is essentially still intact. Of course, the religious aspect of the holiday is long gone, but that’s nothing new (and just who exactly was St. Valentine anyway?)

NOT WHAT IT USED TO BE

Christmas is the holiday around which the entire year revolves, even for those who aren’t Christian. It has completely engulfed the last quarter of the calendar year, and ‘Christmas in July’ has become a regular staple of summer television.  But possibly through overkill, or possibly just because the modern world is increasingly leaving the religious aspects of the holiday behind, Christmas just doesn’t feel the way it used to (the same goes for Hanukkah, Christmas’ little cousin).  The magic is still there, but in recent decades it has started to feel forced, at least to me.

The same goes for Halloween, which over the last few decades has supplanted Thanksgiving as the pre-unofficial pre-start of the pre-holiday season.  The ancient tradition of Trick-or-Treating is fading away even as early Christmas festivities muscle in.  Oh Great Pumpkin, where are you?!?!?

St. Patrick’s Day is still pretty popular, and though it has drifted significantly from its roots as a Catholic feast day, it is still a time for all people to celebrate Irish culture. Unofficially it has morphed into sort of an after party for Mardi Gras.  And I can’t remember the last time they even showed The Quiet Man on television.

This holiday, which exists solely to honor the working man by giving the working man a day off, is largely only available to full-time employees, which in the 21st century is mostly management.  Good luck finding a contractor or temp who gets paid for not coming in this day.

Let’s face it, these three holidays which are meant to honor our presidents, our war dead and our veterans have been reduced to little more than shopping extravaganzas. In fact, except for government employees, Veteran’s Day is already as dead as the dodo, which is a real shame, because of all of our patriotic holidays, this one is probably the most important.  Two other national holidays, The Eighth and Victory Day have already been eliminated and all-but forgotten.

These two holidays, which are de-facto celebrations for Italian Americans and Civil Rights respectively, have already been eliminated for almost everyone except for government employees. While Columbus Day should probably be dropped altogether, a day celebrating our civil rights should be more widely promoted.

SHOULD BE A NATIONAL HOLIDAY BUT ISN’T

Seriously, this is the most important civic day of the year. So why the heck isn’t it a day off?  Seriously?