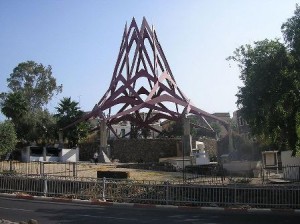 From the time of the early years of the Diaspora until the beginning of the Enlightenment, no figure in Jewish history was as great, as influential or as famous as Moses Maimonides.  Born in Spain well after the Jewish Golden Age there had reached its peak, his life was a nomadic and adventurous one.  Known as one of the greatest theologians, philosophers and physicians of the Middle Ages, Moses Maimonides walked with the historic giants of his day, Jewish, Christian and Muslim alike.  Most famous for his commentaries on the Bible and other texts, his writings are among the most important and studied theological works ever composed.  Moses Maimonides is arguably the most renowned extra-Biblical Jewish personage of all time, and his gravesite in Tiberias is the most revered Jewish tomb of the Middle Ages.

Moses Maimonides was born in 1135 AD in Cordoba in Spain.  Most of his early life was spent in the cities of Andalusia in southern Spain, where he mastered such fields as medicine and Jewish law.  When he turned thirteen, the Almohads conquered Cordoba, and all Jews in the city were forced to choose between exile, conversion or death.  His family chose the former, and spent the next decade as refugees in the more tolerant cities of Andalusia.  Eventually Moses Maimonides relocated to Morocco, where he studied at the Al Karouine University, one of the most prestigious institutions in the Islamic world.  It was at this time that he began to work on some of his most famous religious commentaries.

Sometime around the year 1169, he moved to the Eastern Mediterranean, spending time in Palestine and Egypt.  During his sojourn there he developed a great reputation as a theologian and physician.  His fame as a physician grew so great that he eventually settled in Fustat in Egypt where he personally attended the Muslim king Saladin.  It was due in part to his fame and his connections that his writings on philosophy and religion became widespread and popular.  His influence was such that when he gave his blessing to the Biblical codex produced by Aaron ben Moses ben Asher, it was accepted as the Gospel (no pun intended) edition of the Hebrew Bible by Jews everywhere.

Moses Maimonides traveled throughout much of the Mediterranean world in his lifetime, interacting with some of the greatest figures of the day.  In addition to serving Saladin, Maimonides was acting physician to the English King Richard the Lionheart during the Third Crusade.  He almost certainly knew and probably studied under Ibn Rushd, the most renowned Islamic scholar of that time.  Maimonides died in Fustat in Egypt in 1204 AD, although his body was later moved and buried in the city of Tiberias in Palestine.  By the time of his death, he was universally known and respected by Jews, Muslims and Christians alike.

For all of his adventure-filled life, it is for his fourteen-volume commentary on the Torah that Maimonides is best known among Jews.  His ideas continue to be a major cornerstone of Jewish scholarship even in the 21st century.  His philosophical writings are also widely studied, and according to tradition his works were a major inspiration even to the Christian theologians such as Thomas Aquinas.  Today, eight hundred years after his death, Maimonides is honored as a favorite son of Cordoba, the very city from which his family had been forced to flee.  He is even more honored in the city of Tiberias, where his gravesite is a major pilgrimage destination.

Although Tiberias survived the Roman and Byzantine eras better than any other major city in Israel, it was destroyed on a number of occasions since.  While virtually nothing of architectural importance survives from the early Diaspora period, the city is chock-full of cemeteries, gravesites and tombs of interest.

The Gravesite of Moses Maimonides is, along with that of Akiva ben Joseph, by far the most famous and important in Tiberias.  Unfortunately, the tomb does not do the great scholar justice.  The site, a strange, partially-completed structure located in an industrial district, is unimpressive.  However, the gravesite and the surrounding area are currently undergoing a major new facelift as part of the international effort to memorialize Maimonides’ life.

The Tomb of Moses Maimonides is on the north side of the city Tiberias, about eighty miles north of Jerusalem.  The tomb is an open site.  As of this writing no other visitor information was available.  Web: www.goisrael.com (official tourism website of Israel)

Other sites of interest in Tiberias can be found in the section on Ancient Tiberias.