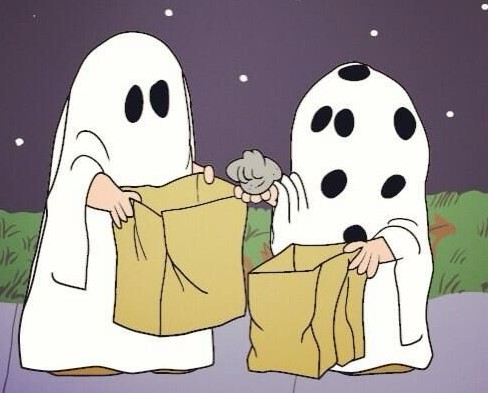 “I Got a Rock” – It’s the Great Pumpkin, Charlie Brown

A few years ago I wrote an article entitled “The War on Holidays”, which I refreshed and republished just a few weeks ago.  It effectively posited the proposition that holidays, at least as celebrated in America, are just not what they used to be.  The article meandered through the list of major holidays, both secular and religious, and how they have changed over the last half-century or so.

But where were the trick-or-treaters?

So my question is, why is this century-old tradition, once an annual staple of childhood fun, apparently dying out?

When I wasa kid, almost everyone trick-or-treated in their own neighborhoods.  From toddlers to middle schoolers (and the occasional high schooler) took part in this annual right of passage.  Yes, there were also activities in elementary school for the younger kids, and Halloween parties for the older kids, the latter usually taking place the Friday or Saturday night before.  But trick-or-treating was always the centerpiece activity of the holiday.

Here are five explanations as to why trick-or-treating is a dying activity.

More alternatives – Over the last few decades, Halloween has been increasingly pushed as a major ‘event’ holiday.  Parties are still popular, but there also many other options for Halloween celebrations that have popped up in recent years, such as ‘trunk-or-treat’.  Other distractions such as haunted houses and corn mazes have become draws from more traditional activities.

More sanitized – Half of ‘trick-or-treat’ is the ‘trick’ part.  This appears to have been almost completely lost as an essential part of the holiday.  And I’m not talking about rumors of razor blades in candy apples.  What happened to shaving cream fights, rotten eggs and trees covered in toilet paper?  What happened to mischief night?  Do today’s kids even know what mischief night is?

Fewer Kids – The sad fact is that over the last few decades, families appear to have gone out of fashion.  Fewer young people are getting married, and fewer of these are having children.  Those who do have children are having fewer as well.  And fewer kids simply means fewer trick-or-treaters.

Wealthier Neighborhoods – While most neighborhoods appear to be seeing a downturn in trick-or-treaters, that is not true in wealthier neighborhoods, which seem to be bursting with kids every Halloween.  Maybe the simple fact is that all of the kids are going to where the action is.

Holiday Fatigue – As an adult who has lived a fair number of years, I have come to feel that Halloween just doesn’t feel as special as it once did.  Halloween is now the midpoint of a holiday season that runs from Labor Day to New Year’s Day.  Pumpkins and candy are put on display in August.  Adult costumes have become big business.  The commercialization is non-stop.  I wonder if the thrill of going door-to-door to ask for candy is just not there anymore.

I really do miss the Halloween of my childhood.