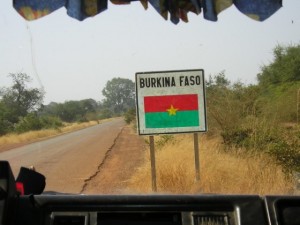 My earlier article on America’s least newsworthy states was such a big hit (it wasn’t) that I thought I’d follow it up with the world’s least newsworthy countries. So, once again going with Google, I searched on each country to see how many news results would come up (each search was completed on the evening of 09/10/15), and ranked them from 1 to 196. Nations that are not significantly recognized in the international community, as well as territories and overseas dependencies, were excluded from the search. Then I divided these numbers by the national population to get news stories per capita and ranked each country from 1 to 196. I then combined the two scores for a final rank. So, without further ado, here are the world’s ten least newsworthy countries.

Turkmenistan, one of the former republics of the Soviet Union, is located deep in Central Asia. Since the death of former dictator Saparmurat Niyazov (possibly the world’s most absolute ruler outside of North Korea) in 2006, most of Turkmenistan’s history has consisted of reforms designed to undo his personality cult.

Tanzania is one of Africa’s less newsworthy countries mostly because it is generally in much better shape than many of its neighbors. Just far south enough along the East African coast to escape the carnage raging in Somalia, Tanzania has been relatively quiet on the world scene since terrorist bombs rocked the capital in 2004.

Cameroon was something of a surprise. Traditionally one of West-Central Africa’s quieter and more stable countries, Cameroon has been rocked in the last two years by the activities of the terrorist organization known as Boko Haram. Because of this Cameroon has been more regularly in the headlines, but not so much as many of its neighbors.

Madagascar, the ecologically magnificent island off the southern coast of Africa, enjoys an isolation far from much of the world’s strife. Its history since gaining independence from France in 1960 mostly consists of a seemingly endless series of political maneuverings, though even this news seems to be dying down as the country becomes more free and stable.

Azerbaijan is tucked away in one of the relatively quiet corners of the Middle East. Though surrounded by Turkey, Iran and Russia, it has largely avoided the turmoil ravaging the region. Most of its recent history involves the ongoing diplomatic conflict between Azerbaijan and Armenia over the status of the Nagorno-Karabakh territory.

Burkina Faso is located in the center of an increasingly rough neighborhood, thanks to its proximity to Mali and Niger where fundamentalism is on the rise. Despite this Burkina Faso has generally remained out of the international headlines. Currently the major news concerns who will succeed Blaise Campaore following his resignation after twenty years as president.

Benin is one of the small West African countries that is sheltered from the strife of the Sahara region by its larger neighbors. Largely stable and quiet, Benin’s biggest news for over a decade is its relative success in transitioning to a more open, free and successful democratic process which seems to elude many of the region’s other governments.

Ethiopia, one of the most populous countries on the African continent, spent much of the 1970s and early 1980s in the world headlines thanks to a terrible famine and brutal civil war. However, since a brief war with Eritrea in 2000, Ethiopia has enjoyed a much quieter period in comparison to most of its neighbors in East Africa.

The Central African Republic is another surprise for this list. This is due to the fact that the CAR has been wracked by one of the worst civil wars on the continent of Africa for nearly a decade. Despite this, it has been overshadowed by more visible conflict in North Africa, and sadly receives little attention from the world press.

Papua New Guinea, one of the most remote sizeable countries on Earth, lies at the extreme eastern end of the Indonesia Archipelago. Little has happened there to capture international attention since Allied forces seized the area from Japan during World War II. However, anger over Chinese economic intrusion into the country may change that in the future.

For those who are interested, here are the most and least newsworthy countries for by region:

So there goes another two hours wasted. Congrats to the good people of New Zealand for their most excellent newsworthiness (and to Papua New Guinea for staying off of the radar).