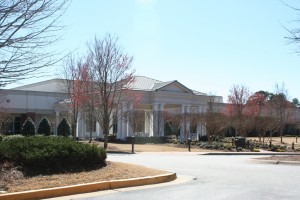 If there is one city in America that rivals Houston in its megachurches, than that city is Atlanta.  In many ways, Atlanta is the definitive Bible Belt city.  After California and Texas, Georgia boasts the third highest number of megachurches of any state, and Atlanta claims over twenty of these with congregations in excess of five thousand regular congregants.  As in Houston, these churches represent almost every major Protestant domination.

The state of Georgia has possibly the most colorful religious (specifically Protestant) history in the American south.  Georgia was the first state in the South to embrace Methodism, America’s first major home-grown Protestant denomination, thanks to the early work of John Wesley in Savannah in the 1730s. 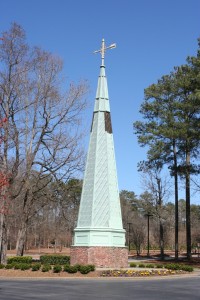 Over the next century and a half, Georgia in general and Atlanta in particular became a stronghold of conservative Christianity, anchored by the Southern Baptist churches and later Non-Denominational churches.  When the megachurch craze began in the post-war era, Atlanta embraced the movement wholeheartedly. 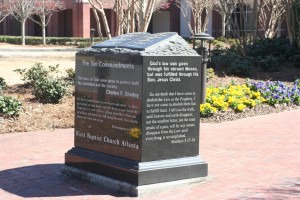 Since the 1980s, the explosive population growth of Atlanta has led the city to sprawl out in every direction, providing fertile ground for the creation of megachurches in the suburbs.  There are over half a dozen churches in Atlanta proper with over 5,000 congregants, and almost every major city in the metro area has one as well.  The most prominent of these include the North Point Community Church, the third largest church in the United States; the First Baptist Church of Atlanta; and the New Birth Missionary Baptist Church.

North Point Community Church, Non-Denominational, is the anchorman of Atlanta’s megachurches.  Under the leadership of Senior Pastor Andy Stanley, it serves more than 20,000 congregants every week.  The sprawling church building is the largest in Georgia, though it is only the main campus of a multi-site church.  It is located in the suburb of Alpharetta, 25 miles north of downtown Atlanta.  Web: http://northpoint.org (official website).

The First Baptist Church of Atlanta is the largest of Atlanta’s numerous large Southern Baptist Churches.  It is also the oldest of Atlanta’s megachurches, being one of the few that can trace its origins back to the before the American Civil War.  Founded in 1848, it was one of the first churches directly established with the Southern Baptist Convention.  It now serves a congregation of 16,000.  It is located n the extreme northern side of the city approximately fifteen miles from downtown.  Web: www.fba.org (official website).

New Missionary Baptist Church is the largest of Atlanta’s traditional African Baptist churches.  Founded in 1939, it has grown into one of Atlanta’s preeminent traditional churches.  It enjoyed a great moment in the national spotlight when it hosted the funeral of Coretta Scott King, wife of Martin Luther King Jr., in 2006, an event attended by four United States presidents.  New Missionary serves more than 20,000 congregants weekly.  It is located in the suburb of Lithonia, approximately fifteen miles east of downtown.  Web: www.newbirth.org (official website).

Rounding out the list of Atlanta’s other largest churches are the Word of Faith Cathedral and Victory World Church (Non-Denominational); First Woodstock Baptist Church, Beulah Missionary Baptist Church, Voices of Faith and Browns Bridge Church (Southern Baptist); and Hopewell Missionary Baptist and Elizabeth Baptist Church (traditional Baptist), as well as a dozen others.  Also of note is Peachtree Presbyterian Church, the largest Presbyterian Church congregation in the United States.