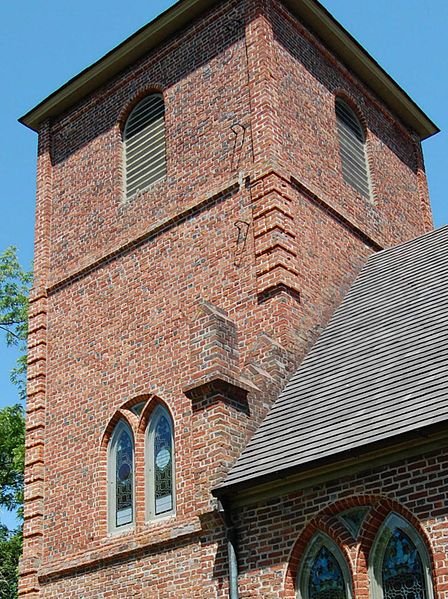 The Church of St. Luke and the Jamestown Church are the two oldest churches still standing in what was the original thirteen colonies, as well as the two oldest Protestant church buildings in the United States.  The two are both located in the original territory settled by the British in the early 17th century, though there is some controversy over exactly which one is older.  The first Protestant church in America was constructed at Jamestown in 1617, but this was replaced by a larger more permanent structure in 1639.

St. Luke’s Church has traditionally been dated to 1632, and some evidence supports this.  Other evidence suggests that the building dates from 1682, but used materials from an earlier church in its construction.  To date the controversy remains unresolved.  To further complicate the matter, the Jamestown Church deteriorated and collapsed in the 18th century, though the church tower remained intact.  Much of this church was restored in the early 1900s.  So for those seeking America’s oldest colonial church, the choice comes between the unreliably dated St. Luke’s and the remains of the Jamestown Church.  Visit both and be sure either way. 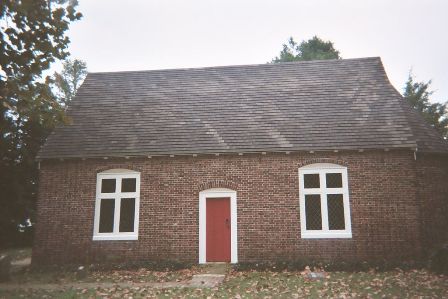 The Old Trinity Church in Maryland lays claim to being the oldest church in America in continual use.  It was constructed sometime around 1675, and became the center around which the town of Church Creek later grew up.  There is some controversy about the dating of Old Trinity due to the fact that there are no town records available prior to the 18th century.

Nevertheless the church building itself is well over three hundred years old, and church records reflect non-stop activity for the entire period (and amazingly with the same continuous congregation).  Unfortunately, due to the precipitous decline in the town’s population, this venerable congregation is now under the real threat of disappearing, and Old Trinity’s record in danger of being broken. 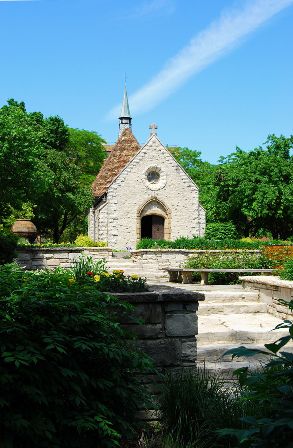 The St. Joan of Arc Chapel on the campus of Marquette University is, strictly speaking, America’s oldest church building, though only by an extreme technicality indulged by the author.  This beautiful church was originally constructed in the village of Chasse-sur-Rhone in Central France in the 15th century.  One of the very first churches to be dedicated to the French heroine of the Hundred Years War (martyred in 1431), it was the town’s primary church until falling into ruin after the French Revolution.

After World War I, the chapel was acquired by American railroad magnate James Hill who had it shipped and reconstructed brick by brick in Long Island, New York.  In 1964, the chapel was gifted to Marquette University, and once again it was deconstructed brick by brick, moved and reconstructed.  It now stands on the university campus.  Among its treasures is the Joan of Arc Stone, believed to be the stone upon which Joan stood when she had her famous visions.