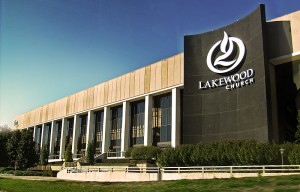 Over the last few decades, Protestant Christianity has seen the development of a new phenomenon, especially in the United States: the Megachurch.  These Megachurches are exactly what they sound like: huge community churches with very large, regularly attending congregations.  At last count, there were over one thousand such churches in the United States.  Not surprisingly, most of the biggest and best known are the megachurches of Texas, the hub of the Bible Belt.  Nowhere is this truer than in Houston, which is home to some of the largest churches of almost every Protestant denomination in America.

The Megachurch phenomenon in the United States essentially began with the era of television and with the televanglism that consequently followed.  The trend of forming massive churches with thousands of congregants began in the 1950s and has been growing steadily ever since.  And nowhere is this more true than in Texas. 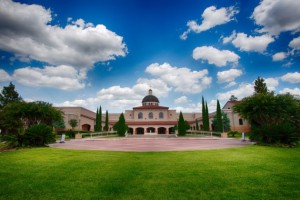 According to the most recent estimates, there are well over a thousand megachurches in the United States, each numbering more than 2,000 people in regular attendance every week.  More than one in ten of these can be found in Texas, the second highest number for any state after California.  Of the three dozen or so churches in Texas which boast more than five thousand regular weekly attendants, approximately fifteen of these are found in the immediate vicinity of Houston, by far the highest number of any city in the United States.

These giant congregations span the Protestant religious spectrum, including typically smaller churches such as Methodist, Presbyterian and traditional Baptist.  It is also home to one of the largest Episcopal churches.  Not surprisingly, most of the biggest are either Non-Denominational or Southern Baptist, but the breadth of choices is impressive. 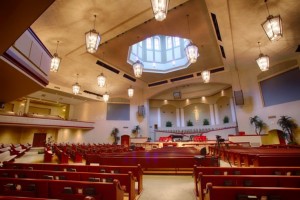 (photo from The Woodlands)

Holding the record for the largest single church in Houston, Texas and the United States in general is the Non-Denominational Lakewood Church led by the nationally-known Joel Osteen.  While it is impossible to pick a list of Houston’s best, some other record setters include the Woodlands United Methodist Church and St. Martin’s Episcopal Church, the largest Methodist and Episcopal congregations in the United Statesm, respectively.

The Lakewood Church, America’s definitive megachurch, is home to the largest church sanctuary in the United States.  It can seat 16,800, and over 40,000 congregants attend services here each week.  The senior pastor, Joel Osteen, is a nationally-known minister and author and is one of the most popular televangelists in the world.  The church is located approcimately five miles west of downtown Houston.  Web: www.lakewoodchurch.com (official website). 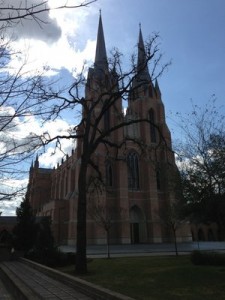 The Woodlands United Methodist Church, not to be confused with the nearby Woodlands Church (another megachurch), is the largest Methodist church in the United States.  With over 18,000 congregants in weekly attendance, it is also the largest traditional Protestant church in the United States, and possibly the world.  It is located in The Woodlands, a suburb approximately thirty miles north of Houston.  Web: www.thewoodlandsumc.org (official website).

St. Martin’s Episcopal Church, while not the largest Episcopal church building in America, is the largest congregation, with 8,300 weekly attendants.  It is also among the largest congregations of any church in the Anglican Communion in the world.  It was attended by member of the Bush family, including former President George Bush Sr.  It is located approximately five miles west of downtown Houston close to the Lakewood Church.  Web: www.stmartinsepiscopal.org (official website). 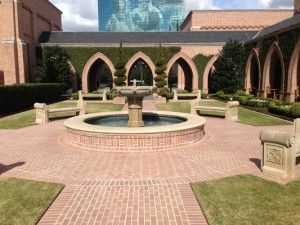 Rounding out the list of Houston’s other largest churches are the Second Baptist Church, Sagemont Church, Champion Forest Baptist Church, Houston’s First Baptist Church and the Woodlands Church (all Southern Baptist); New Light Christian Center Church (Non-Denominational); and the Windsor Village United Methodist, Fountain of Praise, The Church Without Walls and Community of Faith (other).